The superintendent for Cherokee County schools says a teacher was *wrong* when she told to students to remove t-shirts supporting President Donald Trump. 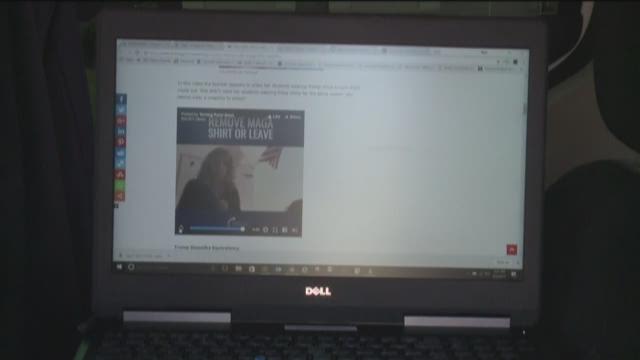 The superintendent for Cherokee County schools says a teacher was *wrong* when she told to students to remove t-shirts supporting President Donald Trump.

In the video that is circulating through social media the teacher equates T shirts with the slogan make America great again with neo-Nazis.

She also said it was against school policy for the students to wear the shirts.

After several students and parents complained the school district sent out a statement saying the students did nothing wrong.

At least one student in class started recording the incident on their cell phone. That video was then given to the conservative news site Turning Points news.

The school released this statement on Sunday, saying "(The teacher's) actions were wrong, as the “Make America Great Again” shirts worn by the students are not a violation of our School District dress code. The teacher additionally — and inappropriately — shared her personal opinion about the campaign slogan during class.

School principals will be meeting with teachers to talk about the dress code and remind them not to share their political opinions with students.