"Is there such a thing as ADHD? No," she said, adding that the message behind the exhibit "is of course right in line of the viewpoints of the Church of Scientology," 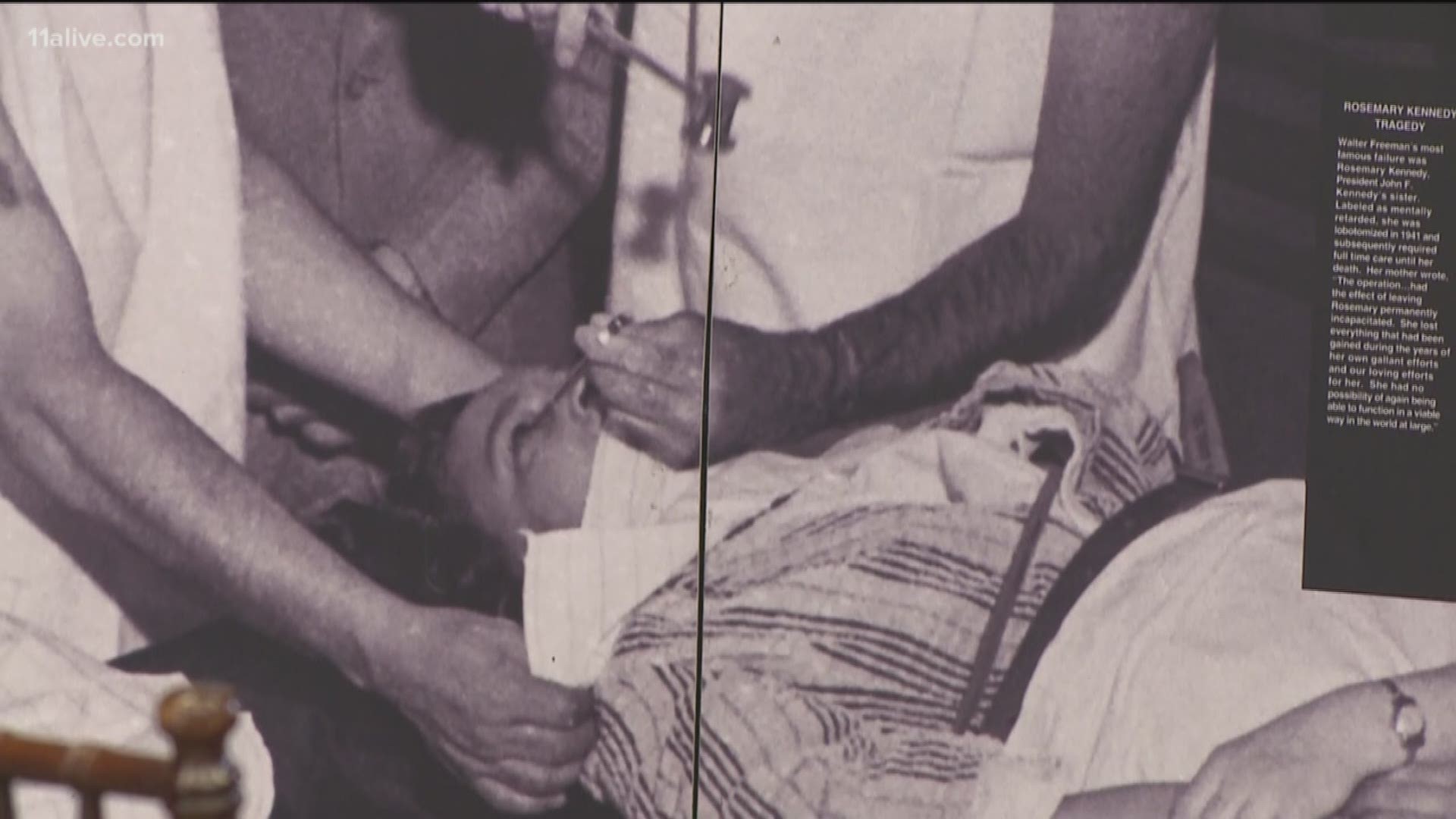 ATLANTA -- If you go to Piedmont Park this weekend, you might see the Dogwood Festival. You might also see a rather shocking exhibit separate from the Dogwood Festival that is intended to debunk psychiatry and it’s supported by the Church of Scientology.

You’d have to wander out of the Dogwood Festival and into Magnolia Hall to find an exhibit darkly described as ‘psychiatry – industry of death.”

The exhibit fills the room with mostly vintage photographs of a variety of horrors – from Nazi Germany to images of what used to be called lunatic asylums.

Its proprietor, Deb MacKay, says it is not an effort to beef up the membership rolls of the Church of Scientology.

"On the right, that’s a guy performing a lobotomy. It’s the classic icepick through the nasal cavity," MacKay says, pointing to an image on a display.

It's a practice she says lasted only a couple of years during the 1950s, yet "it’s still relevant because it’s part of the history and evolution of this particular method."

The exhibit is called "Psychiatry: An Industry of Death."

"Well, It may be a little shocking, but that’s how you gain attention," MacKay said.

MacKay says most mental illnesses treated by doctors aren't really illnesses at all.

"Is there such a thing as ADHD? No," she said, adding that the message behind the exhibit "is of course right in line of the viewpoints of the Church of Scientology," a controversial organization based in California that critics describe as cult-like.

The exhibit has drawn the attention of members of Georgia's psychiatric community, which has seen this exhibit in other parts of the country.

"We have evidence from science that we have treatments that work for brain diseases," said Dr. Mark Rapaport, chair of psychiatry and behavior sciences at Emory University. "The Church of Scientology does not have that."

Asked what alternative she'd propose to psychiatry, MacKay says "I would imagine that the Church of Scientology would be quite happy to be considered as one of them."

Although, she adds the exhibit is not intended to drive up the church's membership.

McKay says she's been a member for 33 years.