Scout Schultz was killed by campus police two years ago during what family say was a mental health crisis. 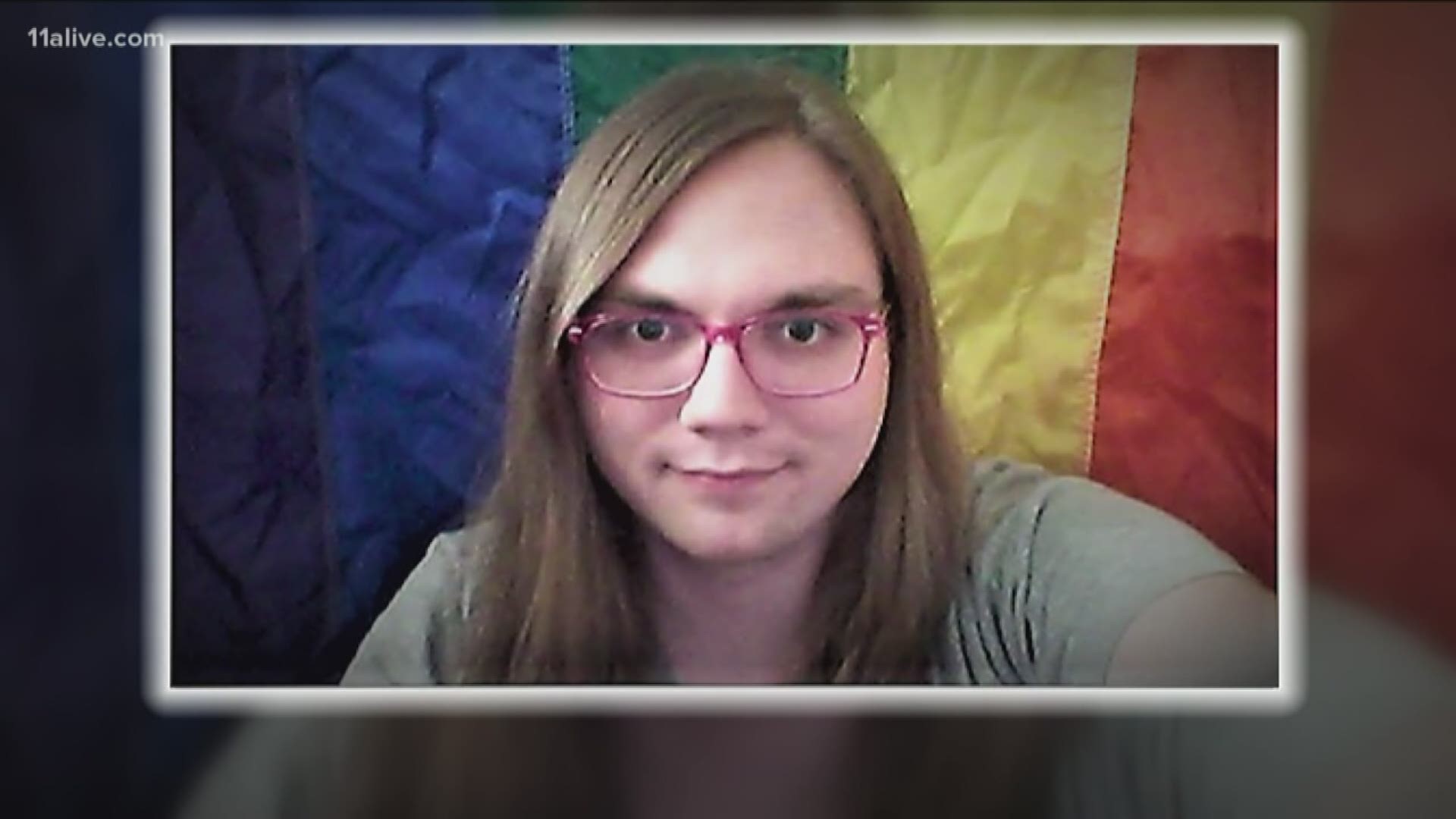 ATLANTA — William Schultz, the father of a Georgia Tech student killed by campus police two years ago during what family say was a mental health crisis, described the deep sense of loss he felt over his child's death Thursday as a lawsuit against the school was announced.

"I spent my career as an engineer - computers, electronics, telecommunications," Schultz said. "Scout was trying to be a chip off the old block, and ended up better than I ever was."

The father said he had been the one to encourage his child to go to Georgia Tech, where Scout thrived, graduating with a 3.9 GPA and a number of patents already submitted.

"Their potential was limitless in engineering, biotechnology and all of the related fields that scout was interested in," William Schultz said.

Schultz identified as bisexual, nonbinary and intersex and preferred the pronouns "they" and "them" rather than "he" or "him." Schultz's given name was Scott.

"Scout was a literal genius," attorney L. Chris Stewart said of the student, Scout Schultz, at a press conference announcing the suit on Thursday.

He said the night Schultz was shot and killed, the officer who fired on the student, Tyler Beck, "was never at risk to of violence to himself."

"This is a situation where you back up and you simply de-escalate," Stewart said. "But he didn't have that training."

The lawsuit targets Georgia Tech, as well as Beck and the Board of Regents of the University System of Georgia, for employing a police force that Stewart described as tragically unprepared to deal with a mental health episode.

"What was painfully obviously in the way that Scout acted was that (they were) having a mental breakdown," Brian Spears, another attorney working the suit, said.

The attorneys said Beck remains on the Georgia Tech force.

"I would prefer to see Tyler Beck in jail," William Schultz said.

But the lawyer noted that none of that will bring back Scout.

"It shouldn't have taken a death," he said.

PHOTOS: Tech students mourn the loss of one of their own

Scout Schultz died two years ago in the incident, which a GBI investigation determined began with Schultz calling 911 to report a suspicious person on campus.

The call described a "white male, with long blonde hair, white t-shirt & blue jeans who is possibly intoxicated, holding a knife and possibly armed with a gun on his hip."

When police arrived, they encountered Schultz, whom they said was holding a knife. Officers said they made multiple attempts to get Schultz to drop the item, but the student did not comply. They claimed Schultz advanced at them when Beck shot the student.

The GBI investigation found a "multi-purpose tool that contained a knife" was recovered at the scene. No gun was found.