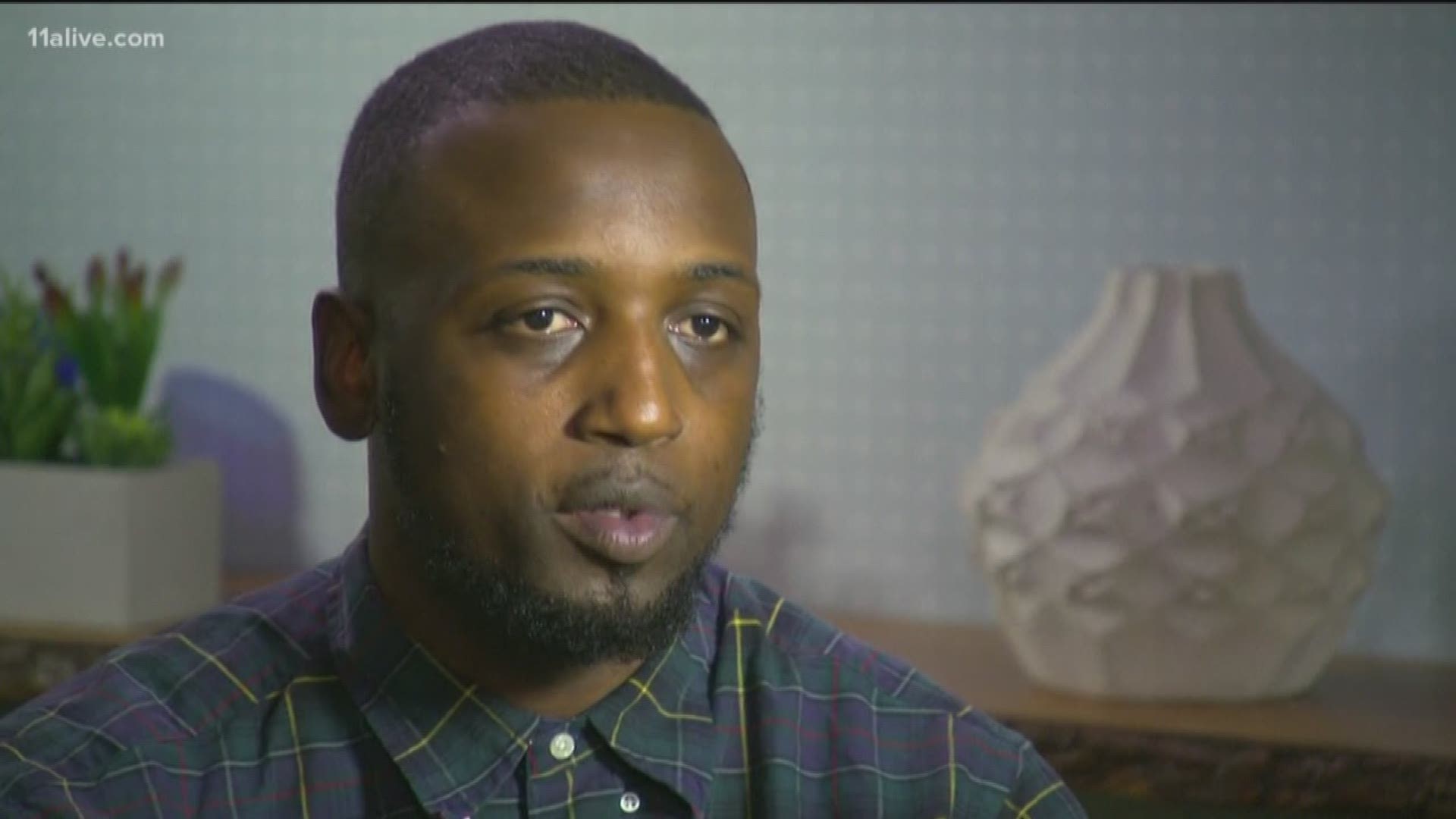 ATLANTA - A second video has emerged in the case of a former NFL player whose December 2017 arrest in Henry County has sparked social media outrage, and the officer involved in the incident has been placed on administrative duty.

Meanwhile, the Henry County district attorney has launched its own investigation into the incident.

Desmond Marrow was arrested after an alleged road rage incident which police said he escalated. A Facebook video appears to show Marrow, a defense back from the University of Toledo and an undrafted player by the Tampa Bay Buccaneers in 2012, being slammed to the ground by Henry County deputies.

However, because of the alleged threats against others' lives, officers told Marrow they were going to arrest him. At that point, officers said Marrow refused to cooperate, and the struggle began.

Police were eventually able to take Marrow into custody and charge him with making terroristic threats, reckless driving and aggressive driving.

On Friday afternoon, 11Alive received a second video of the incident, which shows Marrow arguing vehemently with other people in a parking lot.

Henry County police said late Friday afternoon the officer involved in the incident has been placed on administrative duty, and an internal affairs investigation has been launched, despite the fact that an earlier investigation was conducted at the time of the incident.

"The Henry County Police Department takes any charges of excessive use of force very seriously and wants to assure the public that this event will be fully investigated," said Capt. Joey Smith, commander of the department's internal affairs division.

Marrow has retained two Atlanta attorneys, one of whom has represented alleged victims of police violence in the past.

Andrea Boyd of the Price Boyd Law Firm and L. Chris Stewart of Stewart, Seay & Felton Trial Attorneys have been retained by Desmond Marrow, who was tackled during a December 2017 arrest.

"Prior to the violent incident with Henry County sheriff's deputies, Mr. Marrow was the victim of a hate crime," Boyd and Stewart said late Friday afternoon. "He was called racial slurs by two white males while driving and had hot coffee thrown in his vehicle by these individuals. He then followed the individuals and a discussion ensued.

"A separate individual called 911 and erroneously reported that Mr. Marrow had a weapon, which he did not. When deputies arrived on scene, Mr. Marrow cooperated with their demands. We are working to determine why the deputies resorted to this level of violence with a man who was already handcuffed and complying with orders."

Henry County District Attorney Darius Patillo announced late Friday afternoon his office will conduct its own investigation into the incident.

“The portion of the video distributed is graphic and violent, and we understand why people are disturbed by this,” Patillo said. “I can assure you that once the investigation is complete, we will respond appropriately. As we investigate this case, we are asking the community to remain calm and exercise patience as we continue to collect evidence and interview all parties.”

Patillo said his office created a review process for police use of force and officer-involved deaths.

“This review panel, which is comprised of myself, another veteran prosecutor, my chief investigator and a use of force expert, will determine whether the use of force was justified based on police policies and state law,” he said.

Photos sent to 11Alive on behalf of Marrow shows injuries he allegedly sustained due to the excessive used by officers.

The video made its rounds on Facebook and other social media platforms, generating a lot of reaction.

Comments ranged from, “this is only part of the story” to “those officer used excessive force”.

This shared video came just a day before the 2018 NFL Draft even though the incident happened back in December 2016.

According to NFL.com, Marrow never made it out of the pre-season and it was his last time suiting up for any NFL team.

The report stated several times that Marrow had been “acting like he passed out” and even stated that Marrow had fallen out of his wheelchair while receiving treatment at the hospital for the injuries he sustained, allegedly during the arrest.

“The recently released December 2017 video of the violent arrest of Desmond Morrow by Henry County law enforcement is extremely disturbing," said Andrea Young, executive director of the ACLU of Georgia. "The behavior of the officers reinforces the perception that it is dangerous for African-Americans to interact with law enforcement. The ACLU of Georgia is calling on Henry County officials to convene a public meeting to hear and address immediately the community’s concerns.”