Family releases balloons for Secoriea Turner on her birthday

The young girl was killed in July when men fired into the car her mother was driving. 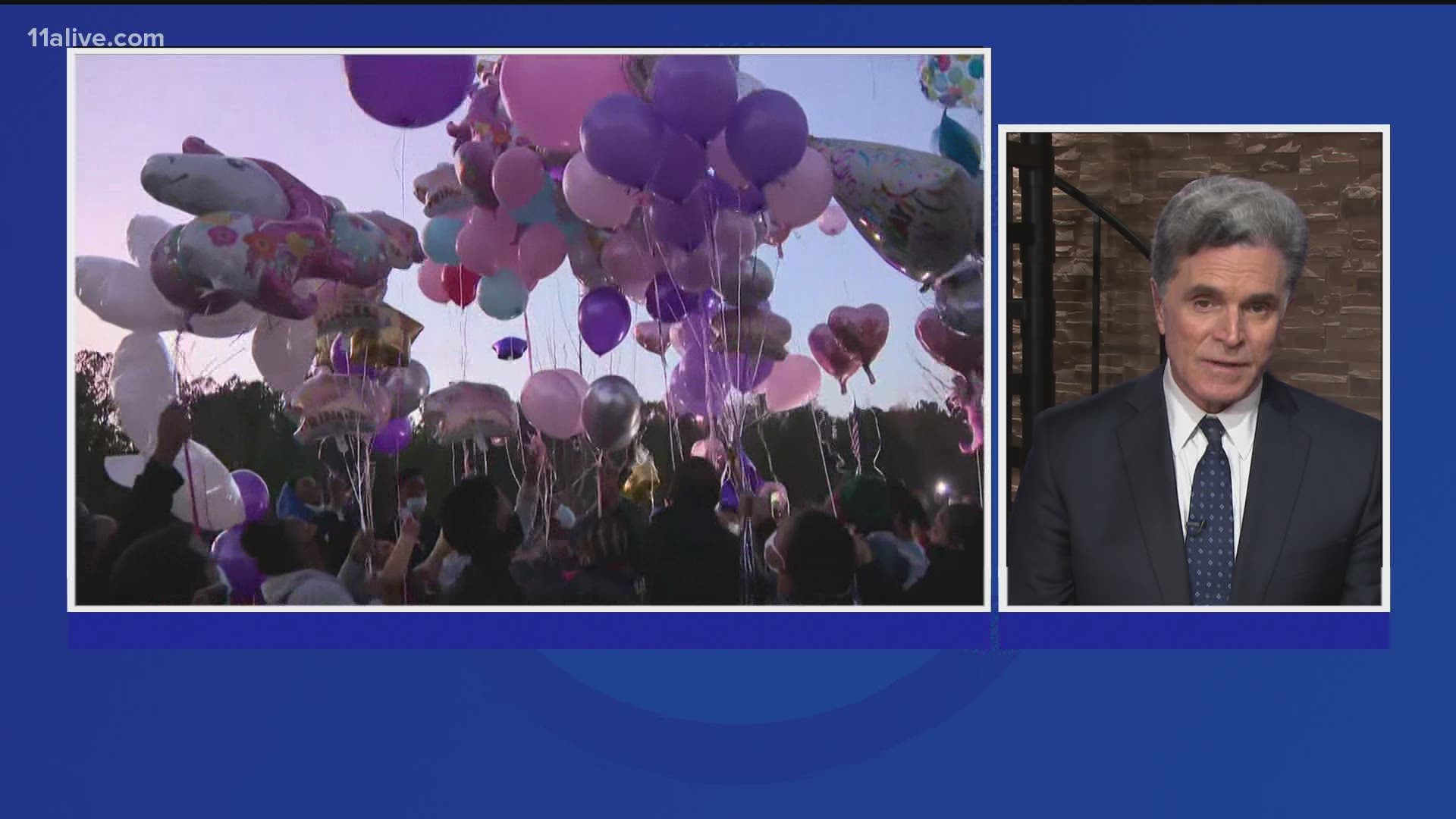 ATLANTA — The family of Secoriea Turner released balloons Tuesday afternoon to mark what would have been her 9th birthday.

The family gathered with friends, teachers, classmates and the community to "honor and celebrate her life" with the balloon release at the Lincoln Cemetery in the Center Hill neighborhood.

Turner was killed on the night of July 4th when men blocking University Ave. fired into the car she was riding in with her mother and another person. They had been trying to turn into the parking lot of a package store on the street, a short distance from the Wendy's where Rayshard Brooks had been shot and killed.

The street around the burned-out Wendy's had been the site of protests and a kind of occupation by demonstrators. Organizers who were active at the site remained adamant they had no connection to the gunmen who were wandering the street that night.

RELATED: Vigil held to honor Secoriea Turner one month after she was killed

A 19-year-old, Julian Conley, faces a murder charge in Turner's death. He was last denied bond at a hearing in July.

Turner's family is suing the city of Atlanta for $12 million, saying that Mayor Keisha Lance Bottoms and other city officials "turned a blind eye and failed to protect the safety of the public" by "omitting to act and clear the area of the barricade and the violent armed civilians that surrounded it."