'Protecting children is not snitching. Help my family identify who killed me.' 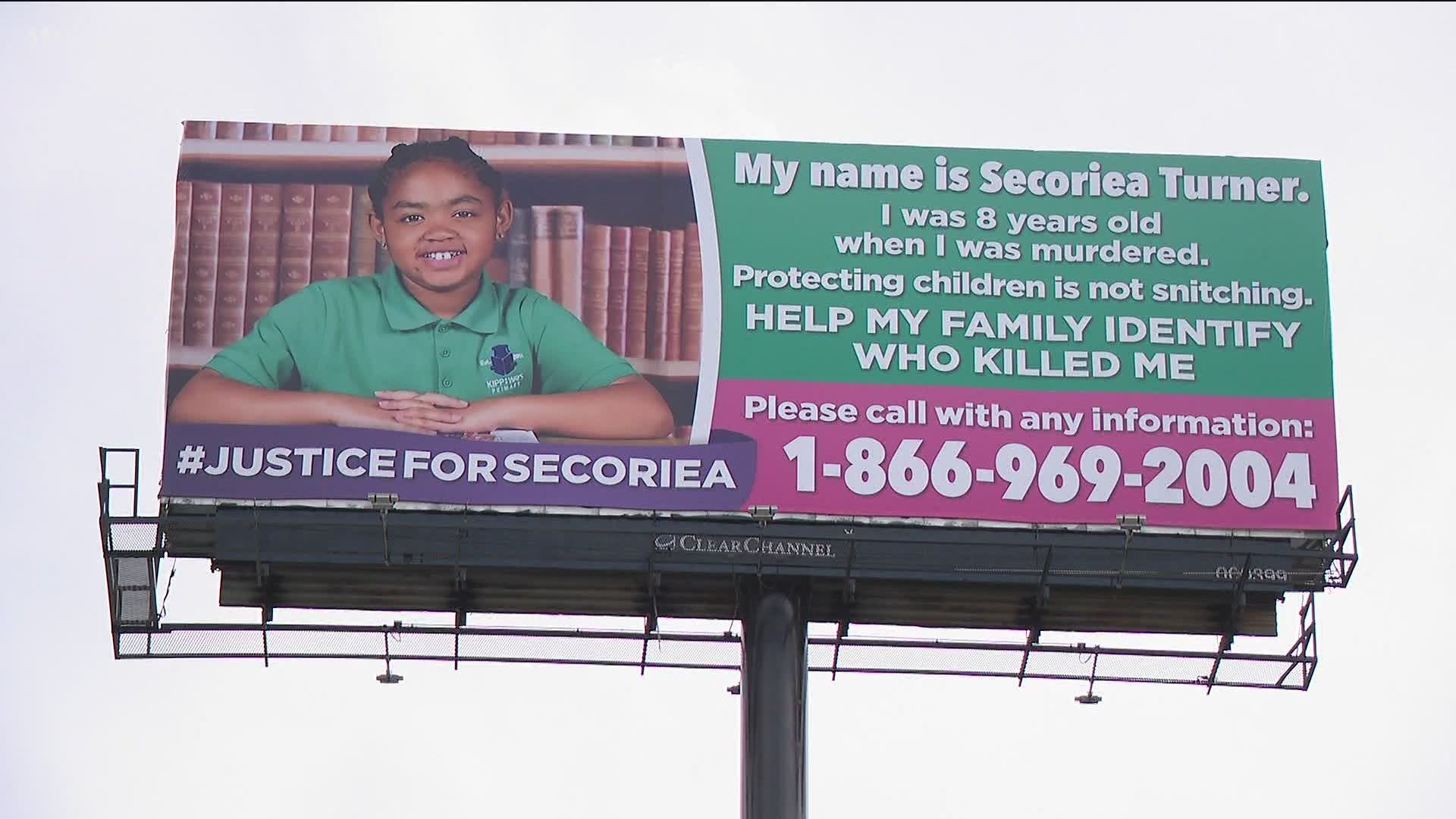 ATLANTA — The family of an 8-year-old who died after being shot on the Fourth of July is taking a new approach in trying to keep the case alive and in the public's mind.

Secoriea Turner's family has placed two billboards in southwest Atlanta - in the same area where she was shot - to ask people to help police solve the case.

"My name is Secoriea Turner," the billboard reads.

"I was 8 years old when I was murdered," it says. "Protecting children is not snitching. Help my family identify who killed me."

The goal, according to her parents, is to ensure the community remembers her and help in their fight to get justice for the little girl.

"I just want people to remember this was an innocent child in our community, who never hurt anybody," said Secoriea's father Secoriey Williamson.

It was July 4 when police said Secoriea Turner was riding in the car with her family when they were trying to turn around near a protest site on University Avenue, weeks after the fatal shooting of Rayshard Brooks by Atlanta Police in the same area.

Police said an armed group confronted the vehicle before someone in the crowd opened fire, hitting Turner. She was rushed to the hospital but died.

A 19-year-old, Julian Conley, was arrested and charged with murder in connection to the case after he was named a suspect, but he maintains that he was not the one who fired the gun that killed the little girl. A judge denied his bond.

"It was chaos, and everybody was shooting at one time," Conley's attorney, Jackie Patterson, said.

Police believe there are still more suspects out there connected to the shooting, but so far, no further arrests have been made in the case. Anyone with information about the case is asked to call the Atlanta Police Department or 1-866-969-2004.