'Use extreme caution': Unsolicited packages of seeds from China showing up in Georgia mailboxes

Anyone who has received the seeds in the mail from China or any other country is encouraged to contact the Georgia Department of Agriculture. 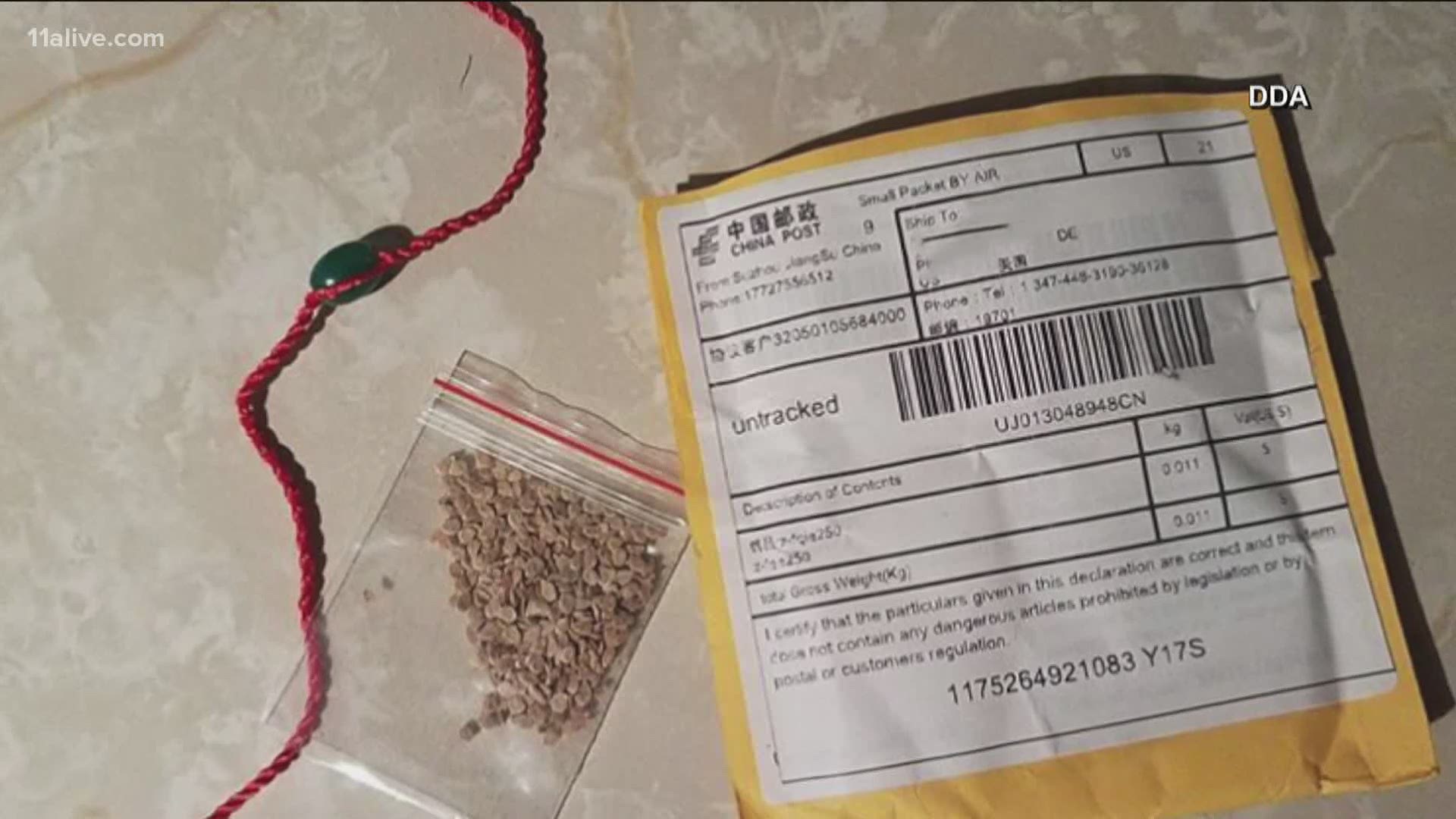 You may have seen social media posts in the past few days about seeds showing up from China in people's mailboxes. Well, they're now showing up in Georgia, according to state agriculture offiicals.

The Georgia Department of Agriculture (GDA) has been notified that several residents in the state have received these unsolicited packages containing seeds that may have originated from China.

“At this time, we are not sure what the seeds are and therefore are urging everyone to be exceedingly vigilant,” Georgia Agriculture Commissioner Gary W. Black said. “If you have received one of these packages in the mail, please use extreme caution by not touching the contents and securing the package in a plastic bag.”

Anyone who has received unsolicited seeds in the mail from China or any other country is encouraged to contact the GDA Seed Lab at 229-386-3145 or e-mail SeedLab@agr.georgia.gov.

The seed packages may appear similar to the photos below. pic.twitter.com/eMUVo0MVjM

Black told 11Alive on Tuesday that they are not sure what these types of seeds are, but could potentially be an invasive plant species. He said they are getting reports of several different kinds of seeds.

The GDA said invasive species can "wreak havoc on the environment, displace or destroy native plants and insects and severely damage crops."

Black said that as of Tuesday, they have only received a few samples, which they are testing in Tifton, but said they had about 50 phone calls and expect more.

He said they were first notified on Friday that some have arrived in Georgia, but at a national level, he learned about the mysterious seeds earlier in the month.

11Alive's sister stations in Alabama, Virginia, South Carolina, Ohio, Tennessee, Missouri, Kentucky and Texas are all reporting warnings to residents after reports of the seeds in their respective states. Black said they are getting reports from all over the country.

Anyone who has received the seeds in the mail from China or any other country is encouraged to contact the GDA Seed Lab at 229-386-3145 or email SeedLab@agr.georgia.gov.

NASA's next Mars rover is brawniest and brainiest one yet