Sen. Russell descendant: McCain worthy of Senate building name, but so is Russell 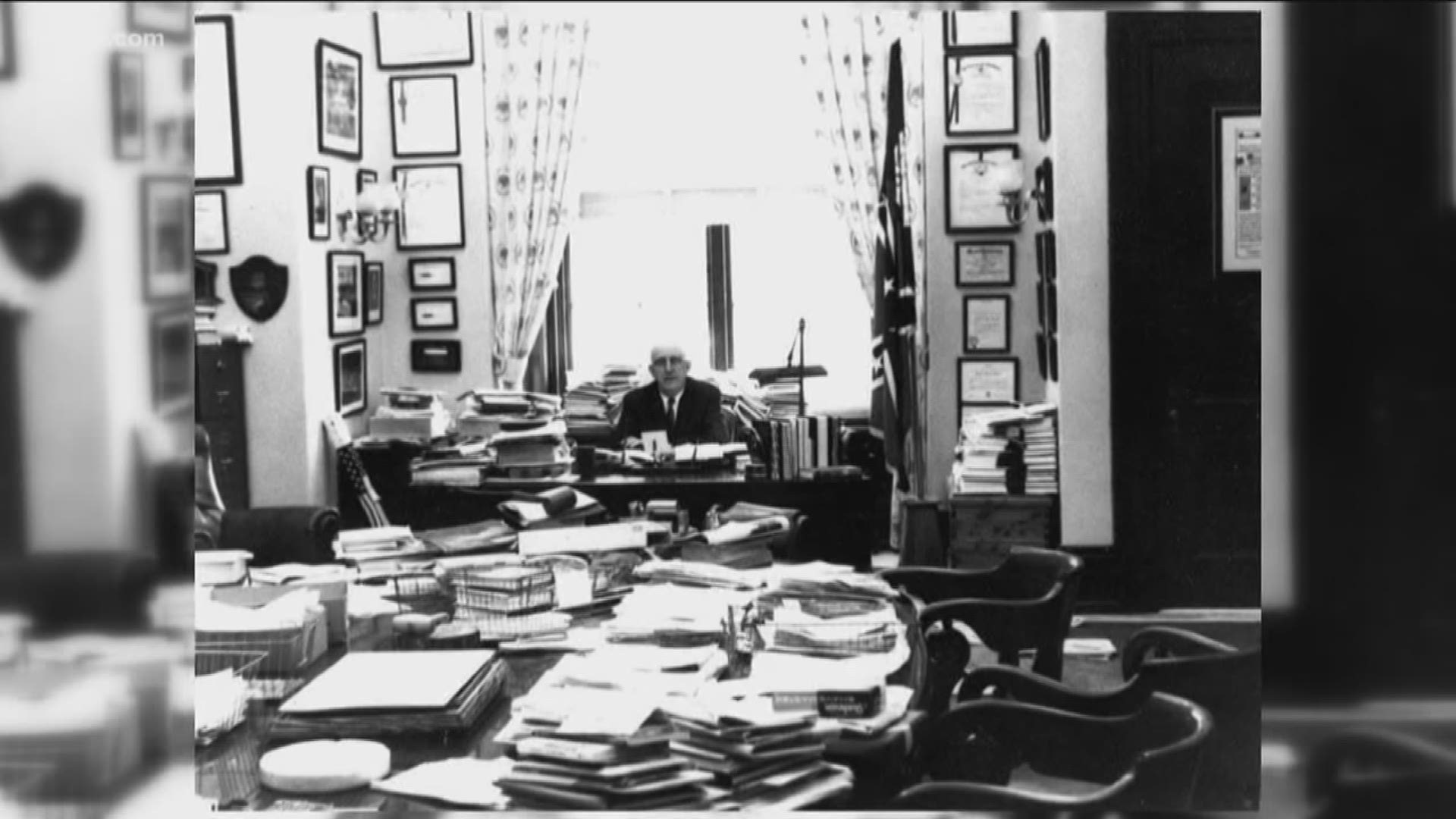 WINDER, Ga. -- The move to remove the name of a legendary Georgia native from a Washington, D.C. office building is not sitting well with one of his descendants.

Richard Russell served 38 years in the U.S. Senate. Countless Georgia buildings and schools are named for him. Russell’s most prominent namesake is the historic Senate office building in Washington. McCain's Senate office was in that building.

But because Russell was a vocal segregationist, his historical stock has fallen -- to the consternation of his nephew, retired attorney John Russell of Winder.

"To be judged by a standard of perfection is just not fair," said Russell, who describes himself as an Obama Democrat and ran unsuccessfully for the U.S. Senate in 1986.

He said Senator Russell’s work to keep racial segregation was the only significant flaw in what he called an otherwise honorable body of work.

"He benefited our nation, and especially the south, a great deal," Russell said.

But that’s been overlooked as some Republicans and Democrats have begun to support renaming the Russell Senate Office Building for the late John McCain, the Arizona Republican who ran unsuccessfully for president in 2008.

"Whether it’s renaming the Senate building or something else, I’m not sure. But I think there ought to be a significant memorial for Senator McCain and his service," said Sen. Lamar Alexander (R-Tennessee).

1 / 37
Photo taken in 1967 shows John McCain in a Hanoi hospital as he was being given medical care for his injuries. McCain was captured in 1967 at a lake in Hanoi after his Navy warplane was downed by the Northern Vietnamese army. (Photo: Getty Images)

"There's not any of our heroes who are perfect," Russell said. "We’d have to take down the Washington Monument and the Jefferson Memorial also because they both owned slaves for heaven’s sake."

John Russell is a Vietnam veteran who says he too admires John McCain. He speculated that Richard Russell himself would approve of the honor for McCain -- if the Russell Senate building must be renamed.