The crash happened in a residential and wooded area just outside Senoia in Coweta County. 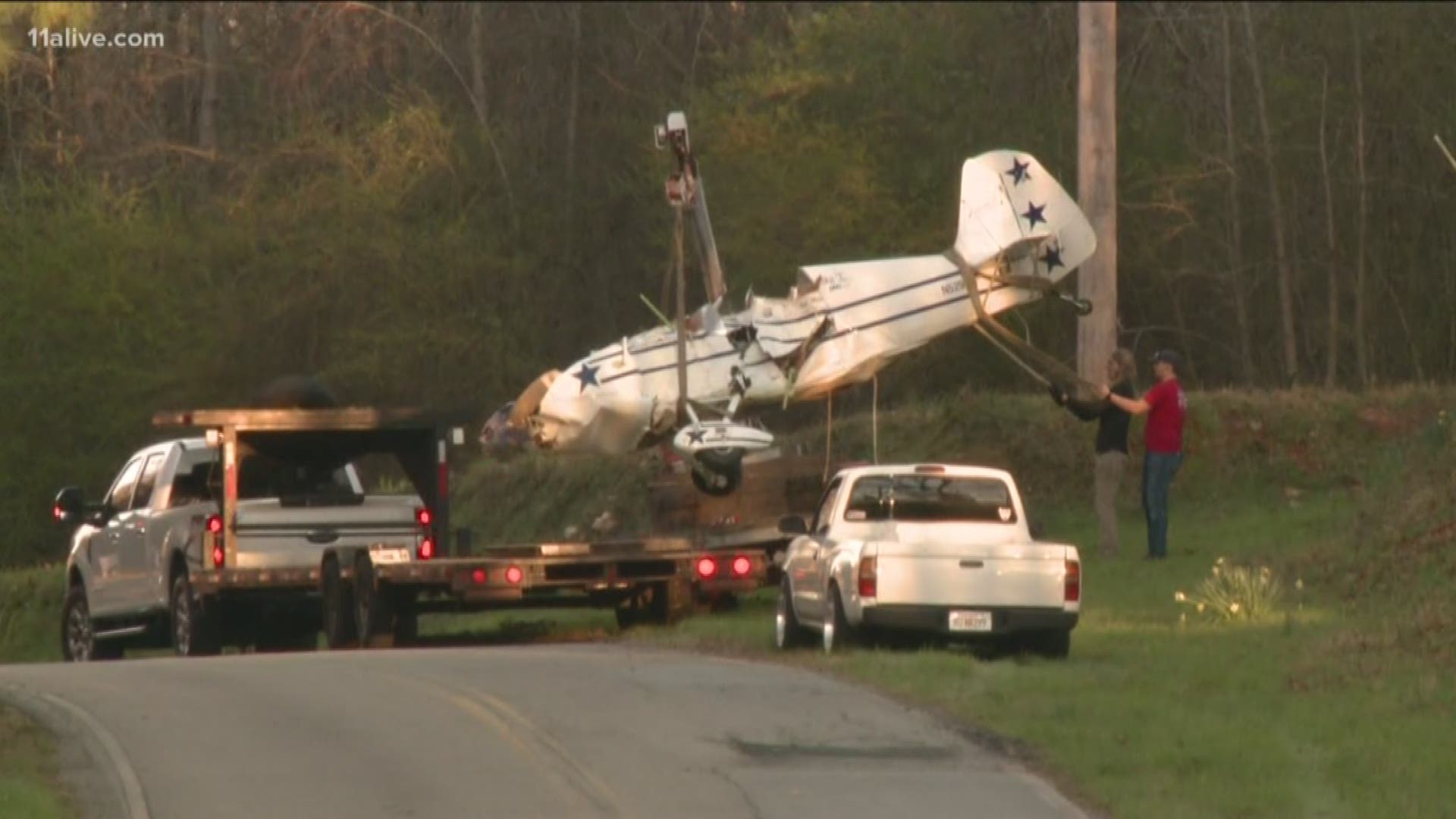 MARIETTA, Ga. — Authorities are investigating a plane crash just outside of Senoia in Coweta County while allegedly performing stunts.

Coweta County Fire Chief Deron Wilson confirmed that the plane crash happened in the area of Chestelhurst Road and Cody Trail - a wooded area that also has several houses.

According to Federal Aviation Administration spokesperson Kathleen Bergen, the crash happened around 12:40 p.m. and involved an Acroduster II SA750. The 61-year-old pilot, whose name and condition were not released, was the only person aboard the aircraft.

11Alive has since learned that the pilot was injured in the crash but was able to walk away and was taken to Atlanta Medical Center. Authorities said he had lacerations to his face and may have also had a broken arm.

Bergen said the aircraft came down in a wooded area. According to the Coweta County Sheriff's Office, it was roughly 200 yards from where an airplane crashed back in January.

Authorities also said the crash happened while the pilot was performing stunts and flew too low.

Rusty Stonica said he was in the back yard at his daughter and son-in-law's house when they saw the plane come down.

"He was flying around and he was doing a little swirling and all and then he clipped the tree back here and we saw some parts fall off the tree in the woods."

Stonica said he noticed the plane was "wobbling in the air" before it flew over the road and made a turn and went down. He said he rushed out when he saw the crash hoping to help the pilot.

"It was just by the grace of God I walked right to the plane," he said. "I walked right up in the woods and saw the plane about 40 yards away from me."

As he was yelling for help to get the pilot out when he found the plane when he heard a voice from behind him.

From there, he walked the injured pilot, who was bleeding from his head and his arms, to the road.