'I woke up feeling like my soul was finally free': Shasta Groene reacts to death of serial killer Joseph Duncan

Duncan was sentenced to death in 2008 following his conviction for the May 2005 killing of 9-year-old Dylan Groene and three adults in Kootenai County. 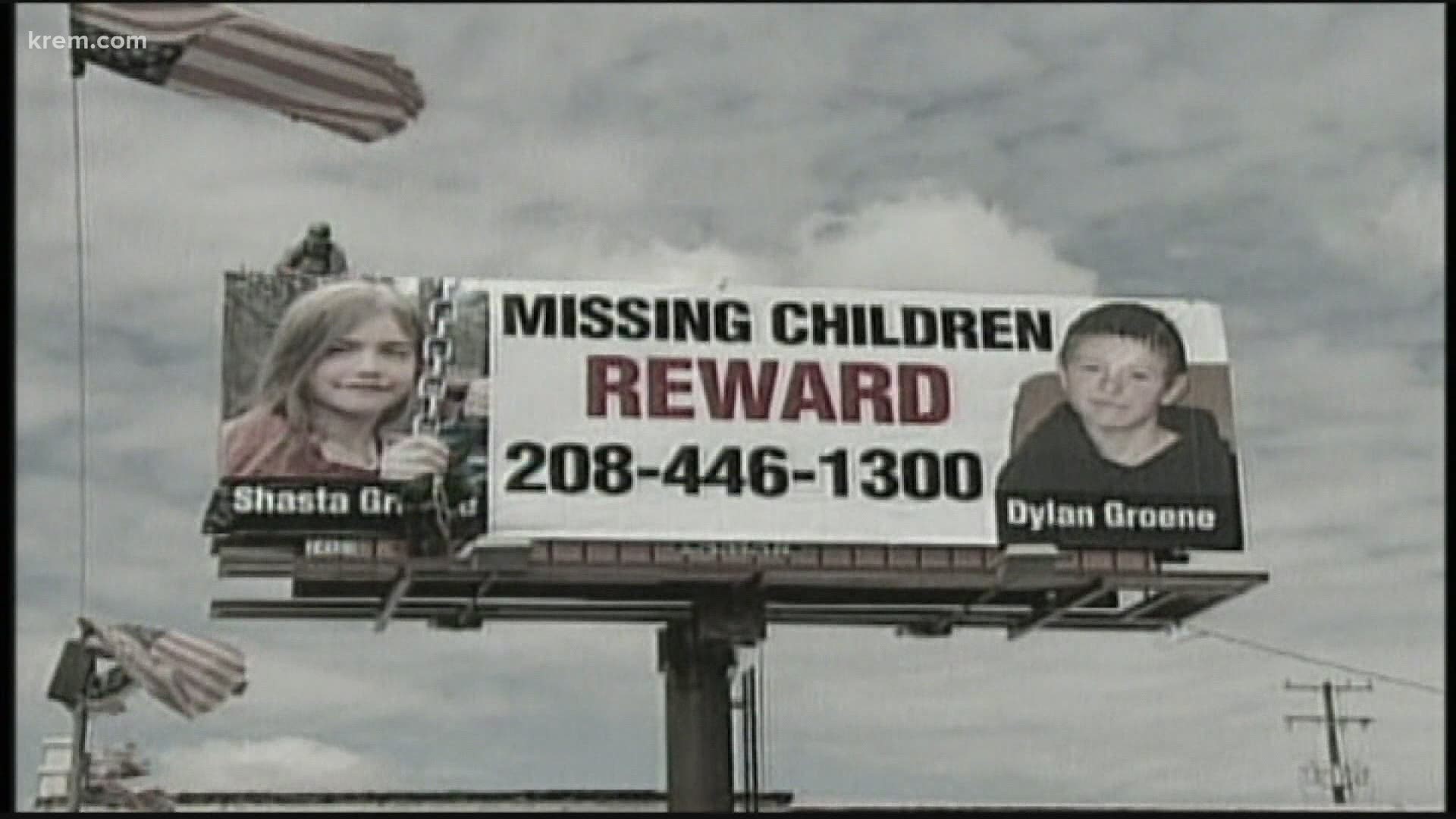 KOOTENAI COUNTY, Idaho — Investigators and victims of serial killer Joseph Duncan are reacting to his death.

Joseph Edward Duncan, the convicted serial killer whose victims included members of a Kootenai County family in 2005, died Sunday at a hospital in Indiana, authorities said.

Duncan died at the medical center near United States Penitentiary, Terre Haute, where he was on death row, according to a statement from prosecutors in Riverside County, Calif.

Duncan, 58, had been diagnosed with terminal brain cancer, the statement said.

In a statement, Duncan's lone surviving victim, Shasta Groene, responded to the news of his death.

"Yes, Joseph Duncan is gone now. But, it doesn't bring our loved ones back. It doesn't ease the aching pain of moments that they should be there, and they aren't because of the selfishness of one person.

"One thing is for sure, he does not exist anymore. Now, we can live our lives knowing that. For so long I have been struggling with hate towards that man. Today, I woke up feeling like my soul was finally free. I hope other people affected by Joseph Duncan were able to wake up feeling the same way.

"I wanted to thank everyone who spent countless hours, days, and weeks searching for us, bringing awareness to our situation and praying for us. The continued support for me and my family does not go unnoticed, and for that I am extremely thankful.

"For some reason I can't stop thinking about the Anthony Martinez family the last couple days. They were victims as well as my family. As were Carmen Cubias and Sammie Jo White's family. I just want to reach out to them. If I could, I would hug them all. If I could, I would take all their pain away. I know that me saying that doesn't take their pain away, but I hope they find a little bit of contentment knowing that they are thought about so often and prayed for. I hope they know that there are people in Idaho who know what they are going through, and understand the pain and grief of losing someone so soon and not understanding why or how it could've happened. I will never let Sammie Jo, Carmen or Anthony's story be forgotten."

"In May of 2005, the Groene Family of Kootenai County, living in the Wolf Lodge Bay area, was brutally victimized by a serial killer passing through our community. The family was stalked, attacked and tortured. The killer murdered several family members before kidnapping two of their children, both of which were brutalized and one later murdered.

"The Kootenai County Sheriff’s Office was the lead investigative agency commanding a task force of over 120 Law Enforcement professionals, countless volunteers, and local media who were searching the Northwest for the two children. On July 2, 48 days after the attack, Joseph Duncan and eight year old Shasta Groene, walked into the Denny’s restaurant in Coeur d’ alene and was spotted by an alert waitress. Duncan was arrested, charged with several more murders and would eventually be sentenced to death.

"It was one of the worst tragedies Idaho has ever seen. Duncan was a brutal killer and the embodiment of evil. Bumper stickers that read “KILL DUNCAN” can still be seen in North Idaho today. Sheriff’s Detectives and Jurors who reviewed and studied the evidence, said that this one case changed them forever. The horrific nature, violence, and the young age of the innocent victims brought national attention to our peaceful community."

Duncan is now dead, and we can thankfully close this dark chapter. As a community, we have grown stronger, we rally around victims, we stand up for one another, and we do not let darkness make us who we are. Our thoughts and prayers go out to the Groene and McKenzie families for continued healing and closure.

Duncan was sentenced to death in 2008 following his conviction for the May 2005 killing of 9-year-old Dylan Groene and three adults in Kootenai County.

After killing Brenda Groene, her boyfriend, and her 13-year-old son Slade at their Wolf Lodge Bay-area home, Duncan took 8-year-old Shasta Groene and Dylan Groene. Shasta was rescued at a Denny's in Coeur d'Alene seven weeks later, where Duncan was arrested. Dylan's remains were found near St. Regis, Mont.

Following that conviction, Duncan was extradited to Southern California to be tried for the death of 10-year-old Anthony Martinez of Riverside County in 1997. Duncan pleaded guilty and received a sentence of life in prison.

“While I would’ve liked to witness his execution, knowing he is now standing before God being held accountable for what he has done, what he did to my son, and the horrible crimes he committed to others, that’s the real justice,” Anthony’s father, Ernesto Martinez, said in a statement provided by prosecutors.

The Coeur d'Alene/Post Falls Press is a KREM 2 news partner. For more from our news partner, click here.