Blue is a sex trafficking survivor who is sharing her message to help others. 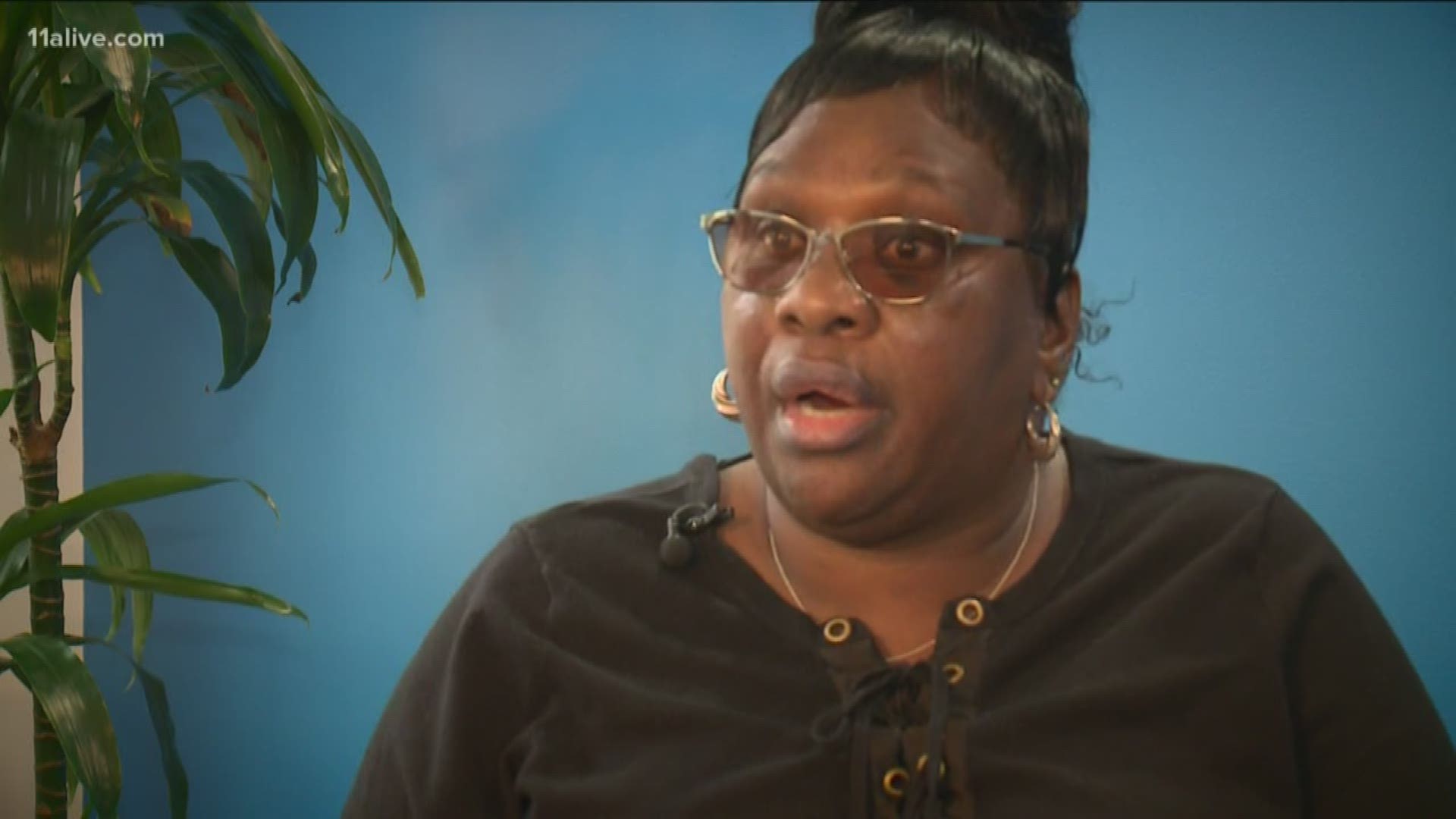 ATLANTA — While most 11-year-old girls are playing with friends, busy with their school work, and spending time with family, Karen who likes to be called Blue, said that wasn't her reality.

At that age, she was pregnant and was a victim of sex trafficking. Blue was only in elementary school. She's turned her story of pain into one of survival.

"A man took me from Philadelphia to New York," she said. "I didn't know what he was doing."

"I never knew what the man was doing to me," she said. "Only thing I know is that he told me he loved me and he was my boyfriend. So, he knew what he was doing but I didn’t know."

Blue said he made her promises.

What Blue endured was brutal.

"I've been shot five times, I've been stabbed 14 times with an ice pick, I've been thrown out of a third-floor window, I was brutally raped three days straight," she said.

But the entire time she was in the streets, Blue said she was searching for love.

"Sex trafficking and all that for me, it starts at home," she said. "It starts at home. Instead of being a friend to your child, be a parent. No locks on the door, search, make friends with their friends."

It was nearly 36 years of bondage for her.

“It's a deep, dark demonic spirit," she said.

But now, she's using her freedom to help the next person.

"I don't let my past define who I am today."

RELATED: 'How many patients I have potentially missed?' | Doctors to learn signs of sex trafficking at symposium

Blue is married and has a new life. She's speaking at a symposium this weekend where doctors and other health professionals will gather to learn the signs of sex trafficking.

According to a study done by Lederer & Wetzel, nearly 88 percent of trafficking survivors reported that they got healthcare services while they were victims. Another statistic suggests 68 percent saw a doctor at an emergency department.

If you or someone you know is a victim of human trafficking, you can get help by calling 1-888-373-7888. You can also find resources online on the National Hulman Trafficking Hotline's website.