His jaw is still wired shut from being shot in the face on Aug. 31 off Interstate 285 East, near the Moreland Avenue and I-675 area. 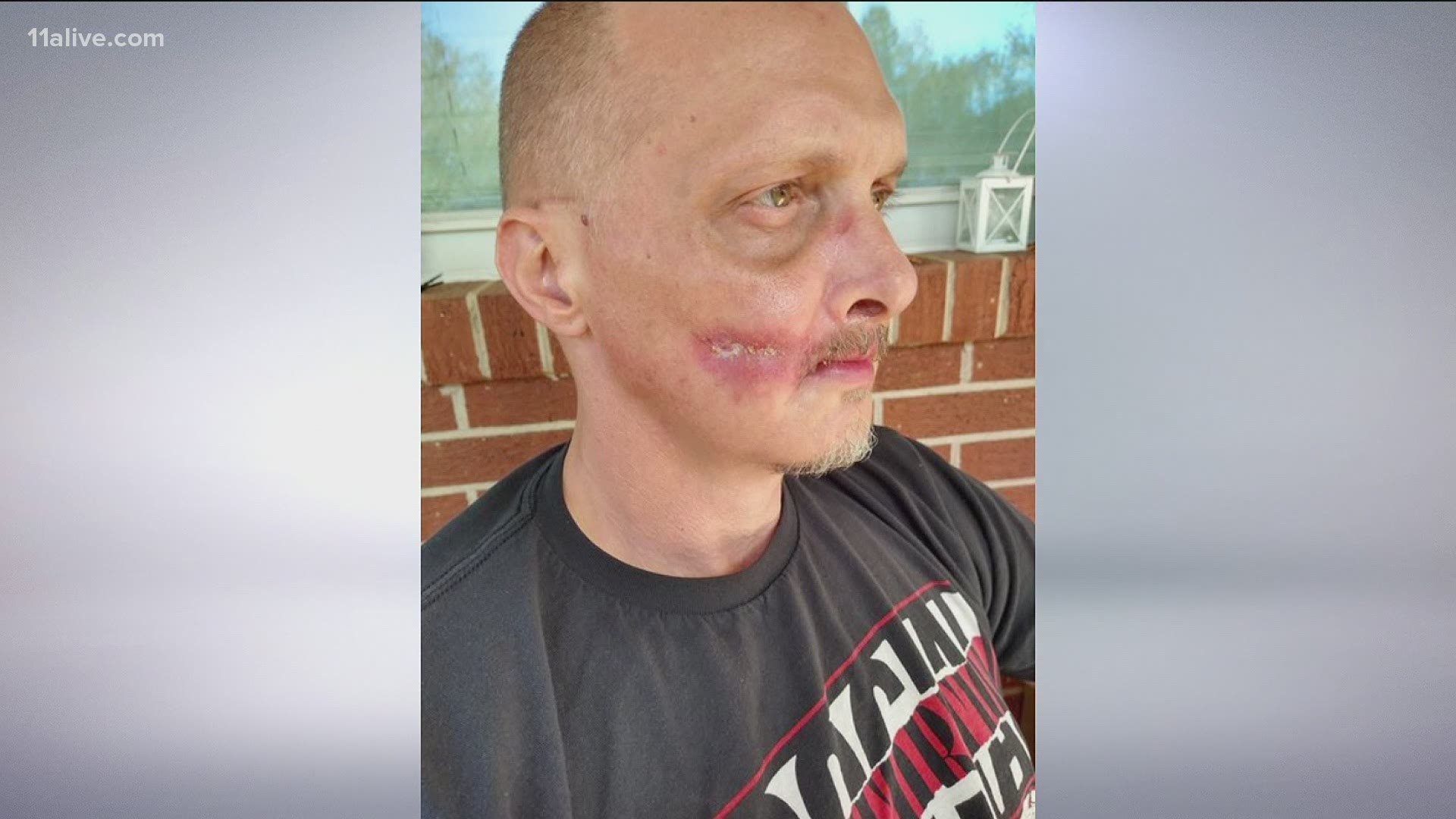 ATLANTA — The victims of a violent road rage case are asking for help finding a gunman who shot the husband in the face. He still hasn’t fully recovered, and the couple is facing nearly $100,000 In medical bills.

"There was nothing special about this guy other than he had a gun in his hand and I didn't," Doby said.

His jaw is still wired shut from being shot in the face on Aug. 31 off Interstate 285 East, near the Moreland Avenue and I-675 area.

"Even if they do catch this guy, what is justice?" he asked. "What's it going to help me, in terms of me moving on with my life? The man doesn't scare me."

"What they do with him afterwards ... he has no way to fix what he's done," he added.

RELATED: Man shot in the face during road rage incident on I-285, police say

Shane's wife Hannah Doby said his injuries have devastated their family, who didn't have medical insurance at the time of the attack. They just got a bill from the hospital for $92,000.

They started a Gofundme campaign to try and cover the costs of Shane's medical treatment - and Shane is anxious to get back to work.

"We get up every day and we keep trying," he said. "As soon as I can open up my mouth, I'll get back to work."

"We are dying here. And I don't know how we are going to get through what we are in. But I won't give up," he promised.

Shane said he had nearly given up on DeKalb Police catching his attacker, depicted in the sketch below from the police department.

Now, the couple is wondering if the gunman could be connected to another road rage case 11Alive reported Thursday involving a driver on I-285 near the Atlanta airport.

Hannah said she froze when she saw the picture of a man flashing a gun to a driver on the road, saying it brought her immediately back to the attack on her husband in August.

"I contacted the detective first thing this morning, saying, 'hey, I think this is the same guy.' And (the detective) said they would collect all the information, contact Atlanta Police Department, and that they would collaborate and see what they can come up with," she said.

Atlanta and DeKalb police are investigating the incidents, but at this point they said there was no definite connection yet. Still, Hannah said she is hoping something can come out of this. So is the driver in the Thursday incident.

Meanwhile, Shane said he and his wife are determined to get back on their feet following the ordeal.

"We won't be homeless," he said emphatically. I'll get back to work."

"He didn't stop a damn thing."