The airport Sheraton closed in 2017. 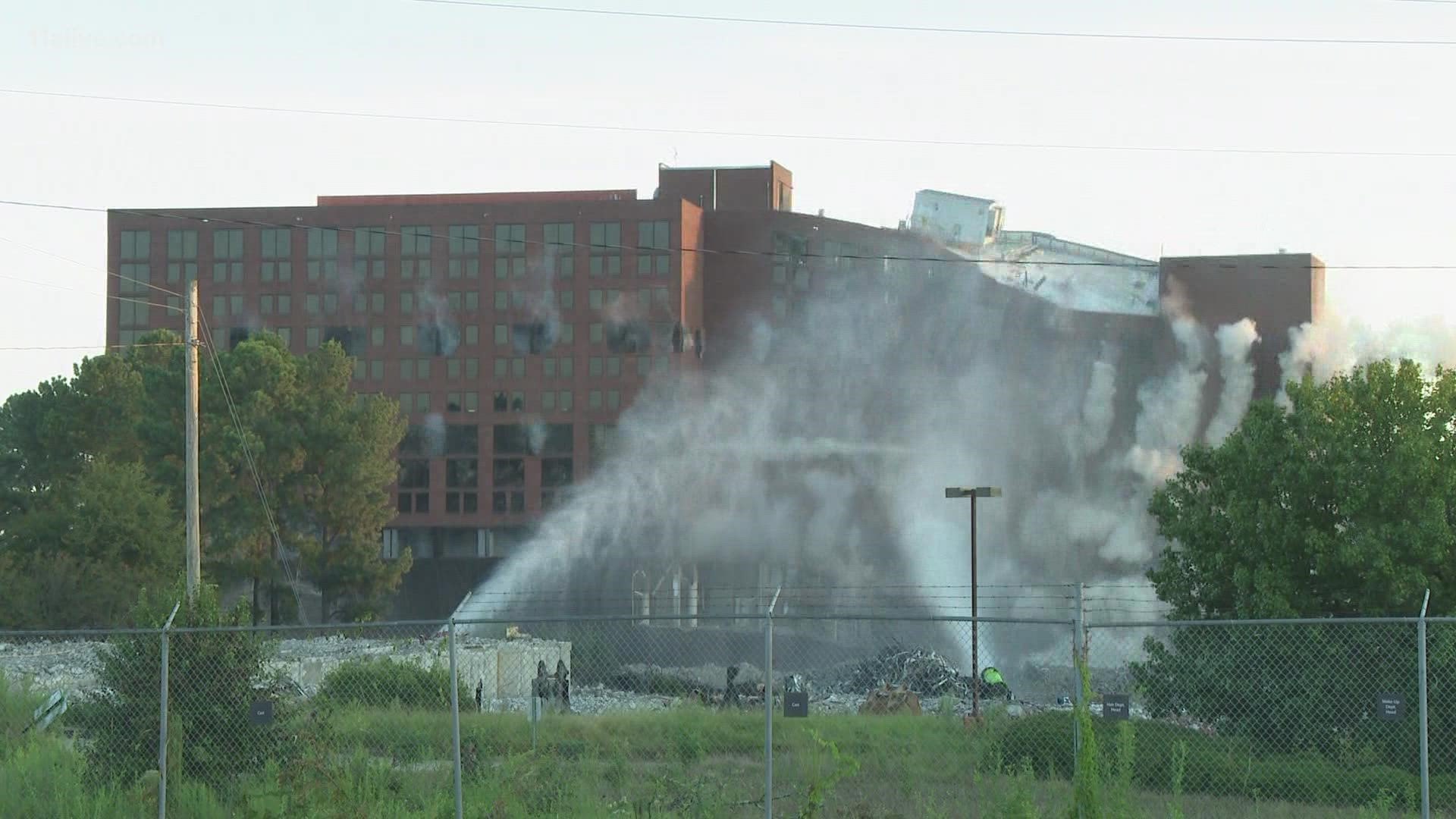 ATLANTA — UPDATE: The hotel has been demolished. You can re-watch the implosion in the video player above this story.

Check the story below for road closures that are expected to remain in place until 11:30 a.m.

A 14-story hotel at the Atlanta airport will be imploded early today, as the city clears a site intended for airport expansion.

The implosion of the airport Sheraton, which closed back in 2017, is due to happen at 7:30 a.m. 11Alive will stream it in the video player above this story and on our YouTube page.

RELATED: 14-story hotel at Hartsfield-Jackson airport to be imploded

Ahead of the implosion, airport authorities have announced the following road closures in the area:

The former hotel tower is located at 1900 Sullivan Road in College Park.

City officials said the "safety of the airport community is extremely important to us."

The City of Atlanta purchased the land after the hotel closed in 2017 for $17 million. The property will be used as part of an airport expansion project.

The remaining components of the former hotel and conference center will be demolished through "more traditional means" by November 2021, airport officials said.

A wide exclusion zone will ring the hotel extending out to Sullivan Road in one direction and Riverdale Road at the other end.

The exclusion zone, according to an outline of the implosion, "indicates that area where persons are not to be outside or on top of structures during the implosion, to facilitate security surrounding the demolition site and to ensure that persons are not exposed to air overpressure (noise) levels above the 140 dBL impact guidelines under OSHA regulations."