The Georgia Department of Public Health has confirmed 11 guests who stayed at the hotel between late June and early July have the disease. 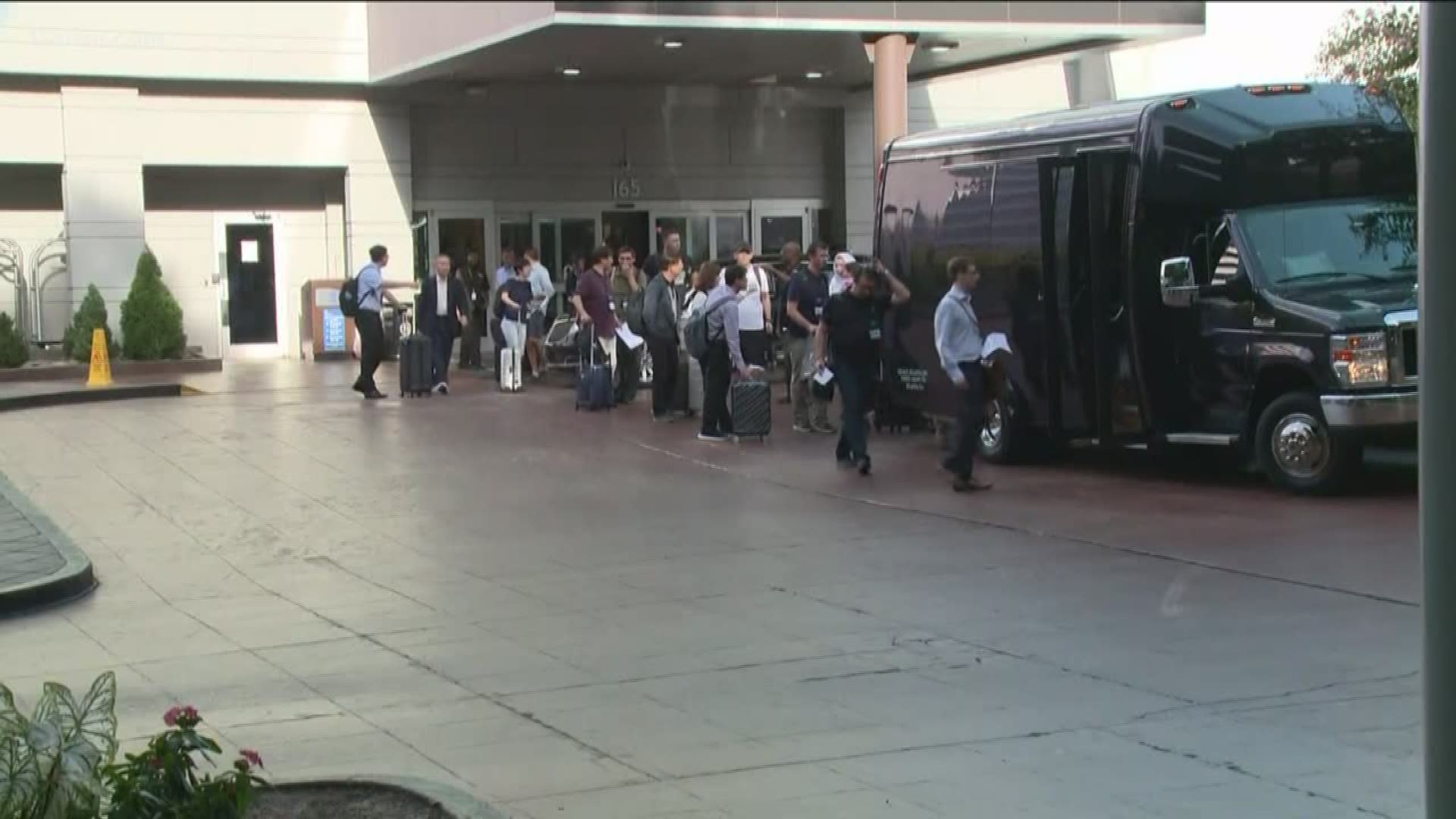 ATLANTA — The Sheraton Atlanta released information, just a week after learning of the first cases of Legionnaires' disease at the downtown hotel.

The Georgia Department of Public Health has confirmed 11 guests who stayed at the hotel between late June and early July have the disease.

The hotel, which closed its doors on July 15, says they will remain closed for at least three more weeks.

“All guests with upcoming reservations through August 11th have been advised of the hotel's temporary closure and are working with Marriott and Sheraton Atlanta associates to find alternative accommodations," Sheraton Atlanta General Manager Ken Peduzzi said.

RELATED: This is what we know about the Atlanta Sheraton's Legionnaires' concern

Guests whose reservations have been canceled will receive full refunds.

"At this time it remains unknown if the source of the exposure is located within the hotel," Peduzzi said.

Samples are being collected from various areas of the hotel, including the pool, hot tub, fountain and chillers.

Several hundred employees work at this hotel in Atlanta, as well as additional associates and contractors.

"We are hoping to limit work disruption while the hotel is closed and keep Sheraton Atlanta's associates gainfully employed," Peduzzi said.

They said they are hosting a town hall for associates at an off-site location to discuss the current status and provide information about temporary employment opportunities.

Peduzzi said many hotel employees have already been moved to other hotel properties or continue to work in off-site locations.