Longtime Clayton County Sheriff Victor Hill was indicted by a federal grand jury in Atlanta, accused of violating the civil rights of four jail inmates in 2020. 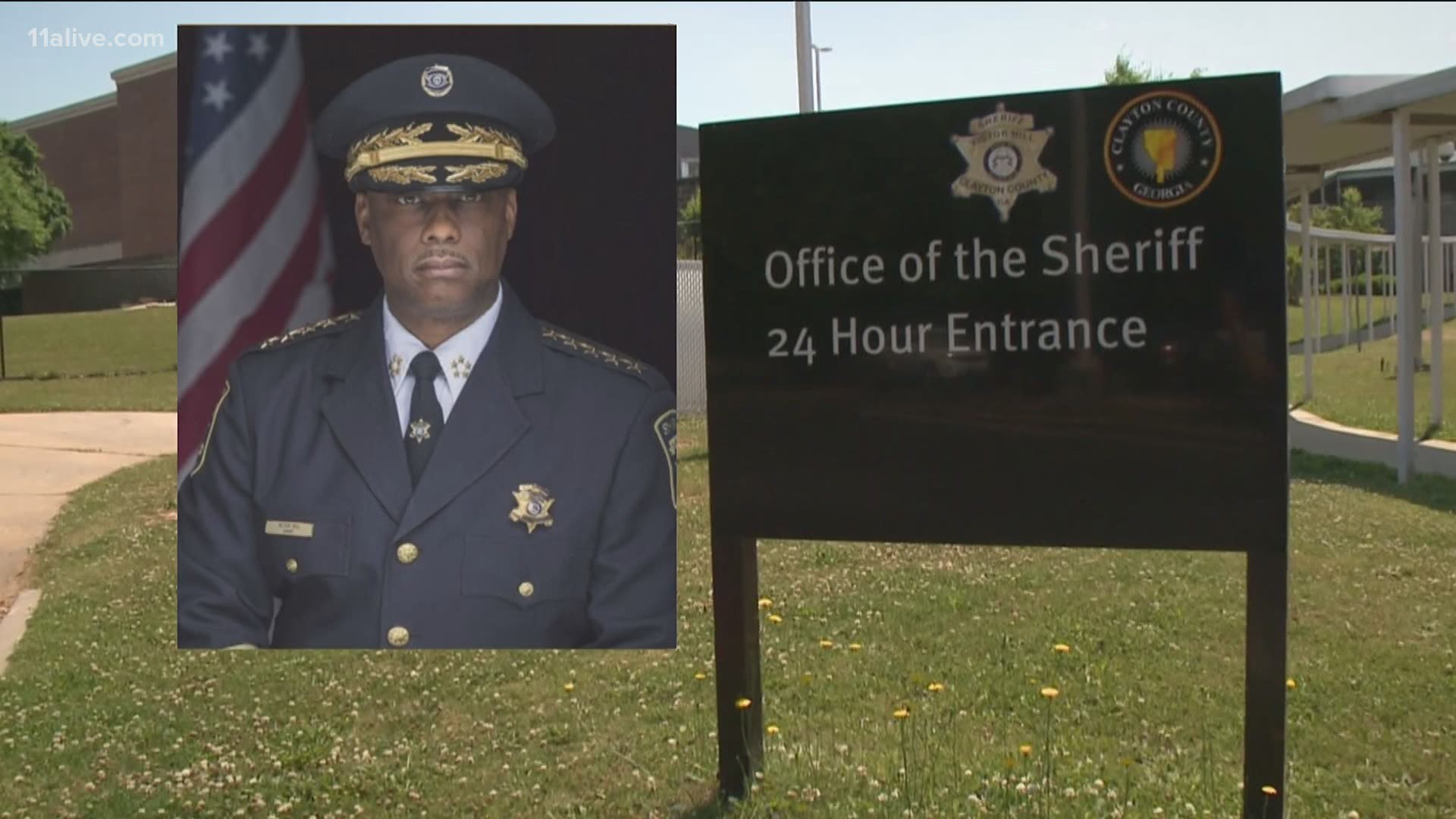 ATLANTA — One of the most popular and controversial law enforcement officials in Georgia is out of jail, on a $50,000 bond after being arrested and charged with committing crimes against suspected criminals.

Veteran Clayton County Sheriff Victor Hill pleaded not guilty Tuesday in Atlanta federal court, and he is saying he will fight the charges.

In a social media post Tuesday he called the indictment nothing more than a politically-motivated case.

A federal grand jury in Atlanta is accusing Hill of violating the civil rights of four inmates at the Clayton County Jail in 2020, by restraining each of them in a chair for hours at a time, causing pain and injury -- simply as punishment, not because the inmates were posing a danger to anyone.

A former federal prosecutor in Atlanta said Tuesday he believes the case will be difficult to prove, even if prosecutors have video from inside the jail.

Hill has been in and out of legal trouble, over the years. But voters keep re-electing him, as Hill promotes his get-tough-on-criminals record in office, a persona portrayed in the new, federal indictment as devolving into criminal behavior.

“Victor Hill is not on trial for being Victor Hill,” said Atlanta Criminal Defense Attorney Bret Williams, a former federal prosecutor who is not involved with Victor Hill’s case.

“The fact that he’s popular and-or controversial, positively or negatively, I hope has no bearing” on the case, Williams said. “It’s not a referendum on the life and times of Victor Hill, it’s about—did he commit these crimes?”

Williams expects that Hill’s attorney will immediately tell the jury that there is no reason to believe anything the inmates who are accusing Hill of harming them say, because Hill is the sheriff who jailed them and that they have no credibility.

“As defense counsel, what you’d be asking the jury, implicitly, is, ‘Why believe this guy? You’re not exactly a person whose word I’m going to believe without question, particularly as it comes to allegations against law enforcement.' There’s an incentive to not tell the complete truth if it will assist in getting the Sheriff thrown in jail.”

Williams also expects prosecutors will have security video from inside the jail, possibly showing Hill supposedly mistreating the inmates.

But how would jurors interpret video showing what Hill was doing?

“I think the case will be far from a slam dunk for the prosecution,” Williams said. “This will be an extremely difficult case to prove.”

Williams questions whether prosecutors will come up with any hard evidence to prove Hill inflicted bodily injuries on the inmates, as specified in the federal law he is accused of violating.

And he said it’s always possible that deputies could testify against Hill, possibly to try to save themselves from prosecution for any role they might have played in the crimes Hill is accused of committing.

A trial would be months away, at the earliest.

For now, under the law, Hill faces possible suspension from office while he fights these latest charges against him.