Officers are searching for 24-year-old William Jerome Adams in connection with the crime, they said. 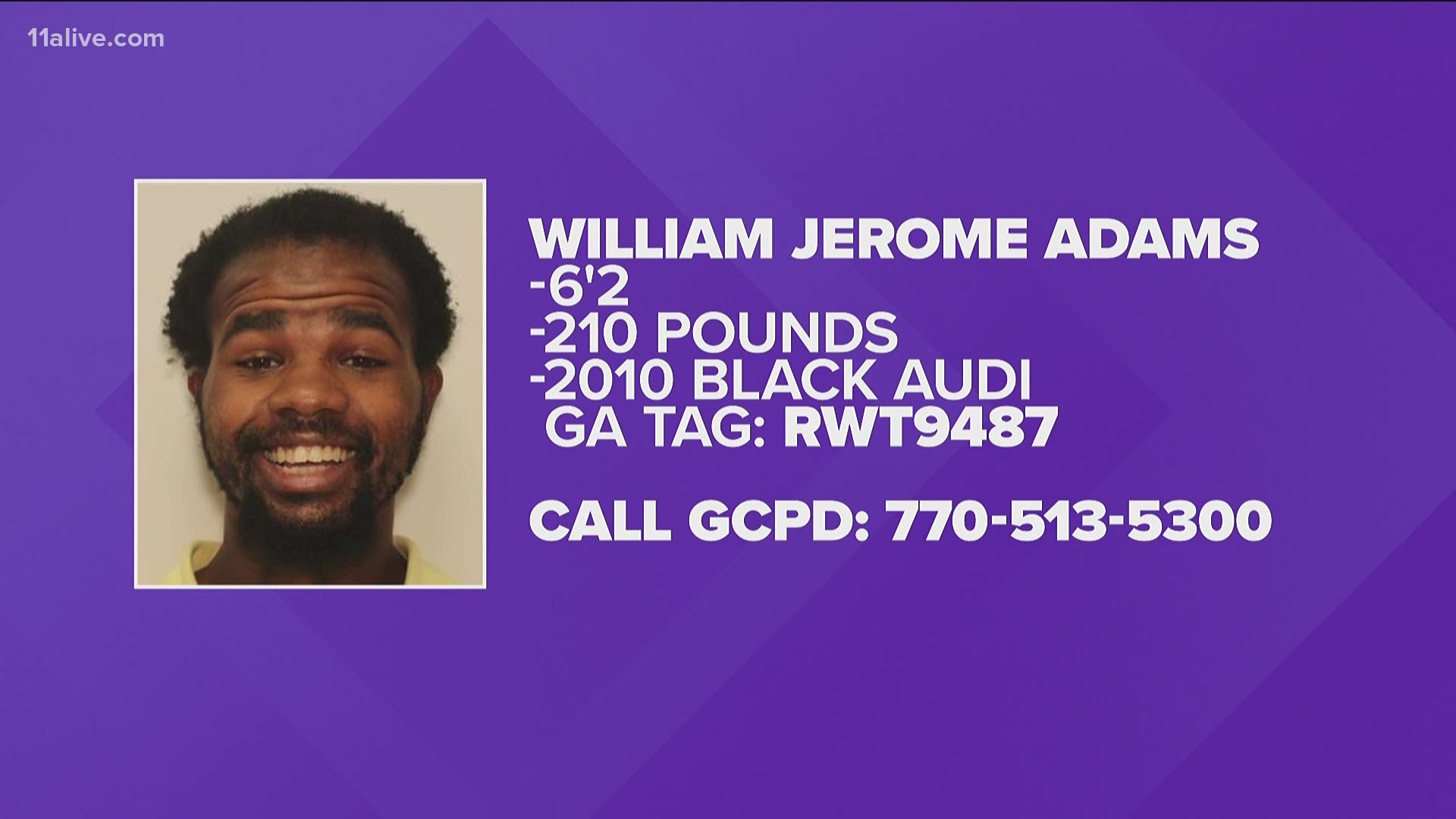 GWINNETT COUNTY, Ga. — Police said two people - a woman and her teen son - are dead after an apparent shooting near Flowery Branch on Friday.

It happened in the 5000 block of Apple Grove Road, which appears to be a residential neighborhood. At this time, Gwinnett County Police said they have ruled out the possibility of a murder-suicide and have named a suspect in the case. Officers are searching for 24-year-old William Jerome Adams in connection with the crime.

Around 2 p.m., police said they received a call that two people had been shot. When they arrived, they found the 40-year-old woman and her 16-year-old son suffering from gunshot wounds.

Police believe Adams was in a relationship with the woman. They said he may be driving a 2010 black Audi with the Georgia tag RWT9487. He is about 6’2 and weighs about 210 pounds.

Gwinnett Police said they are working to learn more details about what led up to the shooting.

Anyone who has any information to share in this case, contact GCPD detectives at 770-513-5300. To remain anonymous, tipsters should contact Crime Stoppers at 404-577-TIPS (8477) or visit www.stopcrimeATL.com.

Crime Stoppers tipsters can receive a cash reward for information leading to an arrest and indictment in this case.