The suspect or suspects are still on the run. 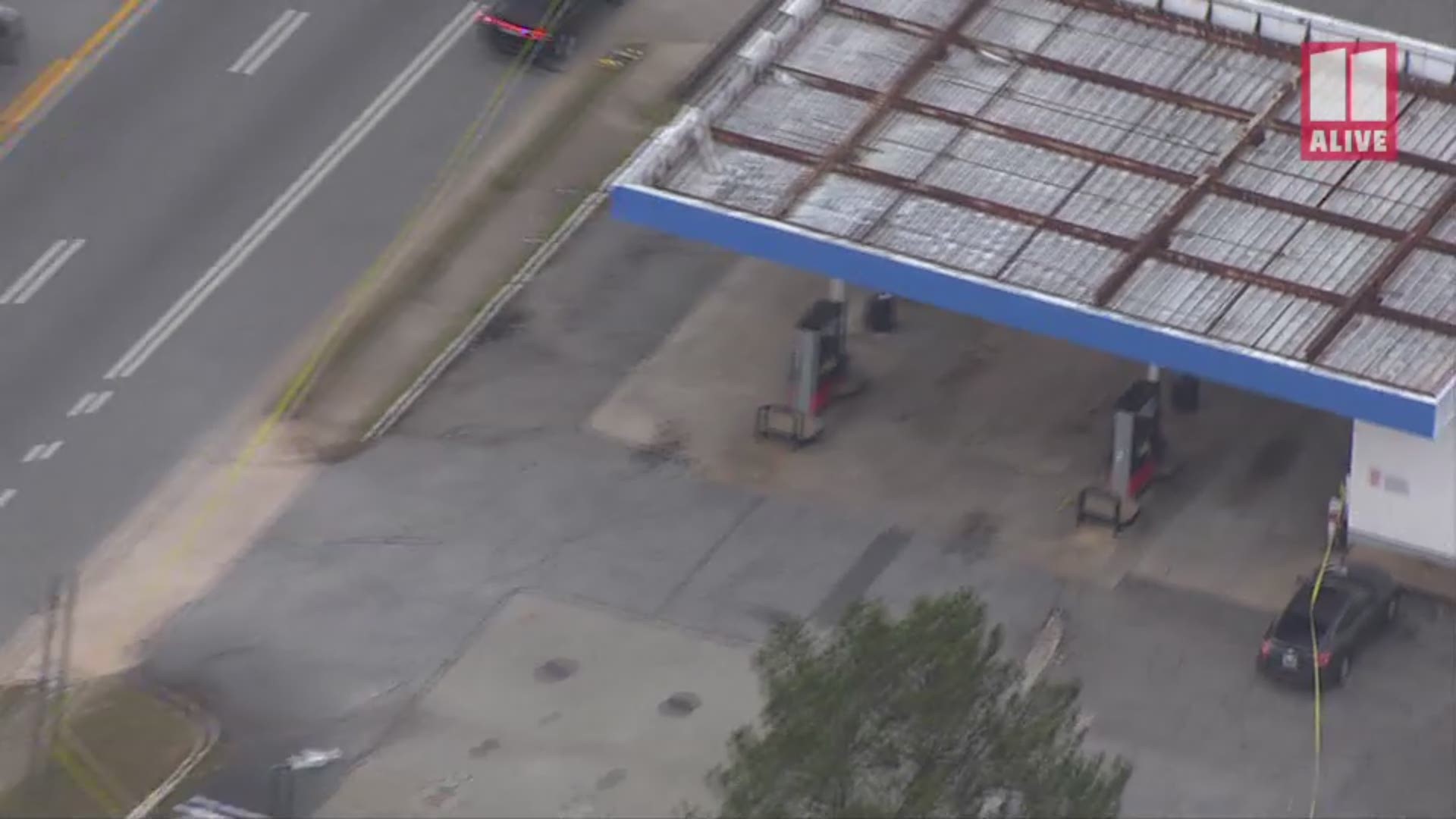 FAYETTEVILLE, Ga. — The search for a suspect is on after a shooting broke out in a downtown Fayetteville gas station Monday.

According to Fayetteville Police, officers responded to the Discount Tobacco gas station off North Glynn Street/Hwy. 85 at Kathi Avenue around 3 p.m. for reports of a shooting.

Aerials of the scene from 11Alive SkyTracker showed police tape around the gas station and at least six evidence markers on the ground, possibly of shell casings.

According to police, witnesses told police the occupants of two cars at the gas station "interacted" with each other, which apparently escalated into one of the parties opening fire at occupants in the other vehicle.

Police said the victim's car drove off going north, but crashed into another vehicle on Creekwood Trail, near a Chuck E. Cheese. The victim, who had been shot, was taken to the hospital for treatment, but the suspect reportedly got away.

Police are now looking for multiple suspects who were seen driving north away from the scene in a newer-model, black convertible BMW, possibly a 6 Series, with black rims.

Anyone with information is asked to call 911. Anyone who spots the suspect’s vehicle should "avoid confrontation" and call 911. The suspect is considered armed and dangerous.

Father left boy found alone at Walmart, didn't attempt to come back for him, police say