It happened at The Mark apartments off Spring Street. 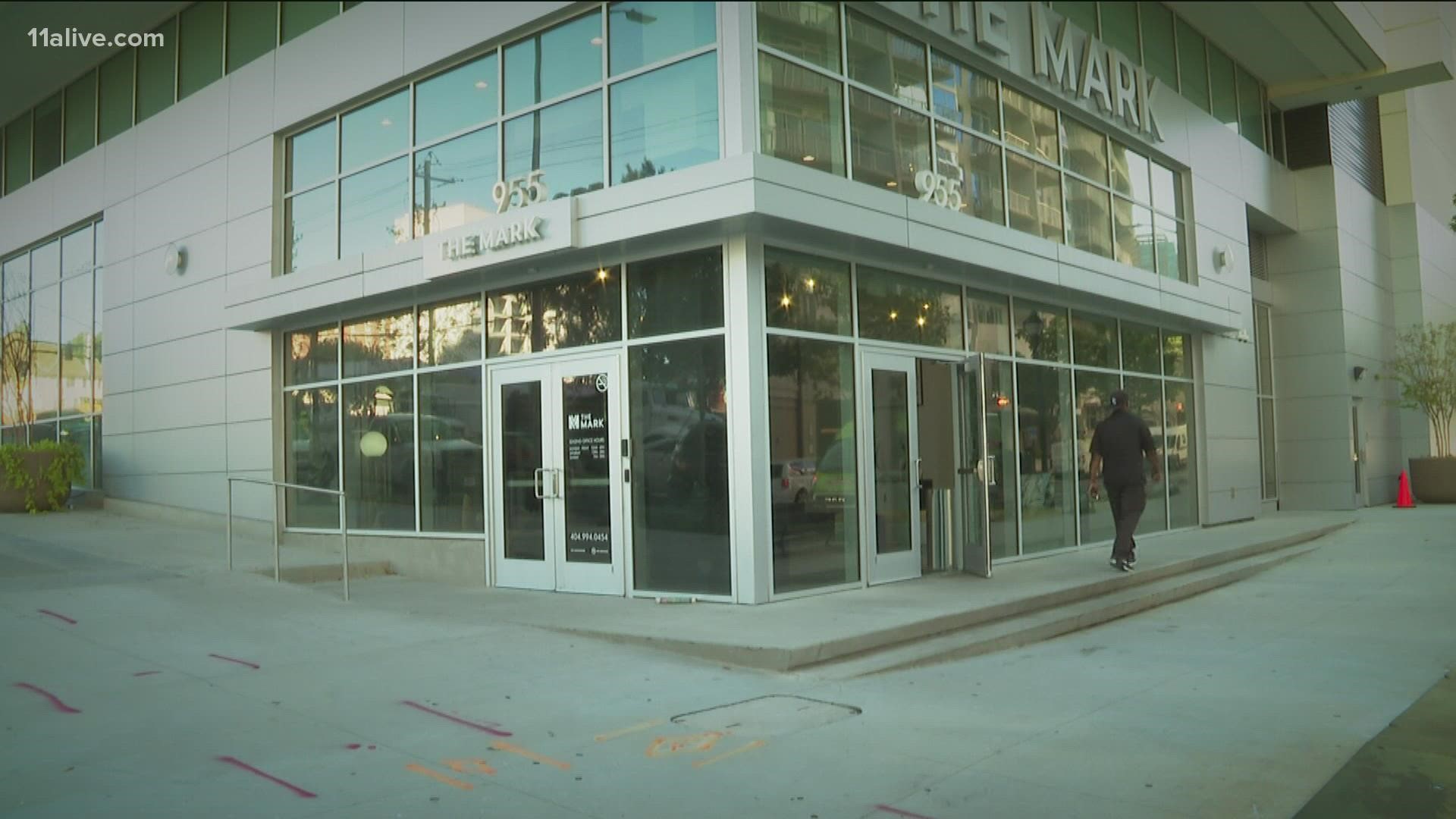 It happened around 11:35 p.m. at the off-campus student housing complex off Spring Street in Midtown. The building is not affiliated with any local colleges, but is geared toward students attending Georgia Tech, Georgia State University, Emory and SCAD, according to its website.

Georgia Tech junior Tate Niekemp, who lives there, said he was home when the shooting happened. He said other residents alerted him through a group chat.

"So we all locked out doors locked everything and just stayed inside, and yeah it was just very scary last night," he said.

In a statement, Landmark Properties said police confirmed to them that a tenant came home and found an intruder inside their unit. The resident confronted the intruder who was shot and killed. Officers said the shooter was taken into custody for questioning and was cooperating.

In a second statement, they said they were able to confirm that the intruder was let in by another resident.

They explained that residents have key fobs that only offer elevator and stairwell access to their assigned floor and unit. They said the intruder was able to use the stairs because they were granted access by another resident.

"Landmark Properties has since revoked access of the resident who allowed the intruder to enter," the statement said.

They added the Mark Atlanta has a third-party security team that patrols the grounds regularly and management also conducts foot patrols. The property also has cameras monitoring common areas along with the entrances and exits. They said they gave police the surveillance video from Wednesday night to help with the investigation.

"APD advised that this was being investigated as an isolated incident and there were no immediate threats to anyone else on the property," Landmark Properties said.

"Landmark Properties takes all acts of violence of this nature very seriously and our team is fully cooperating with local authorities in their investigation into this incident," property management said. "The safety of residents and on-site staff is our primary concern and we have a zero-tolerance policy for criminal activity on our property."

The deceased man is said to be between 25 and 35 years old.