Anew Nature is a furniture company that hires only violent ex-felons as paid interns. The internships are eight weeks long and during his six years in business, Karleskint has hired 125 ex-cons. 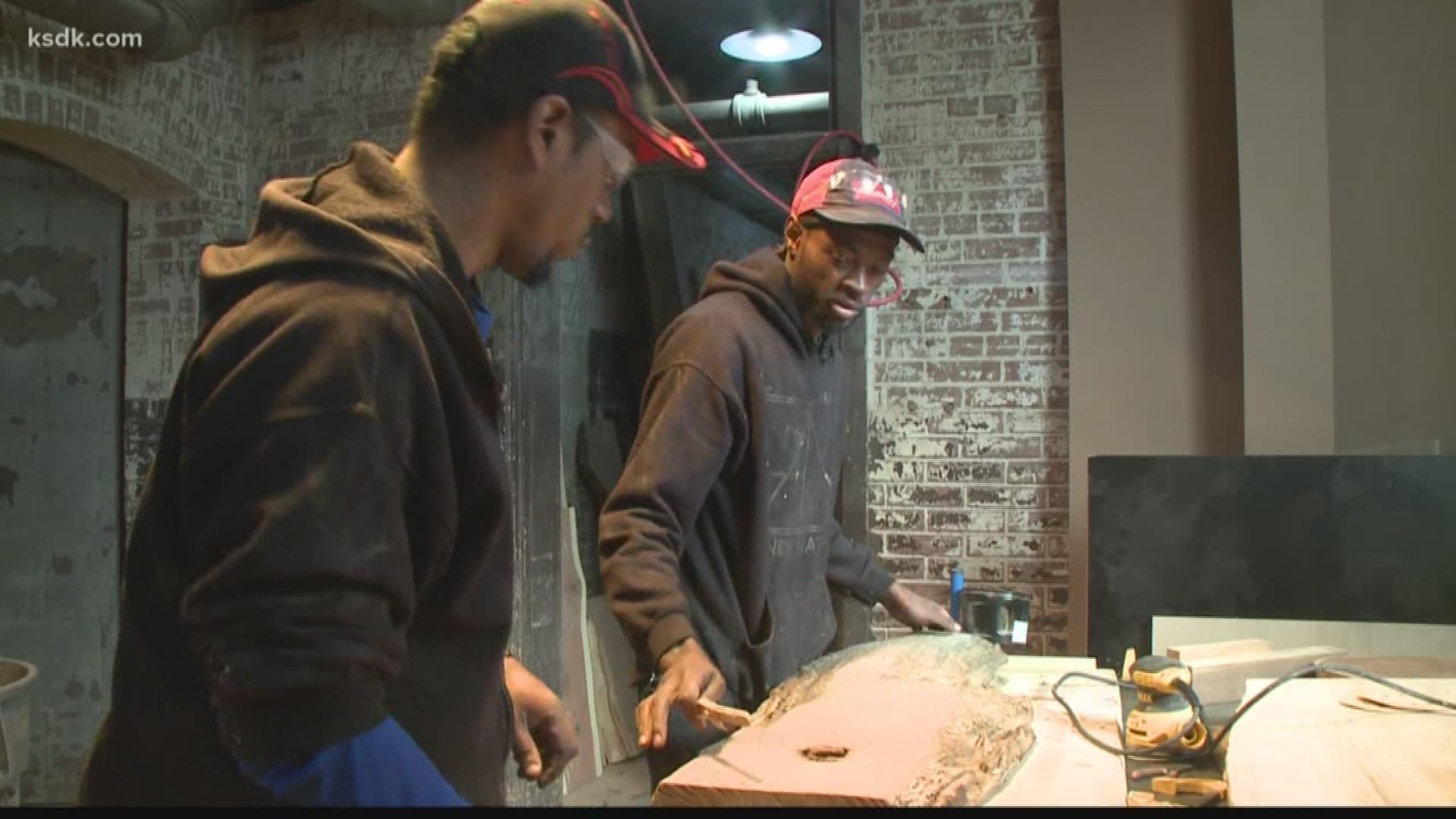 "I did a lot of things I never should have did. I knew better than to do them but I still did it,” said Davis.

He did two stints in prison. The first incarceration was for a weapons charge and the second time was for violating his parole.

But after his last release, a basement business in McKinley Heights changed his course.

“Your choices are be a sucker like us and work until you die and just get paid sucky money sometimes [or] get paid great money sometimes but work and work hard, or you can die, or go to jail,” said Anew Nature owner Robert Karleskint.

Karleskint works with Mission St. Louis to find the interns. The internships are eight weeks long and during his six years in business, Karleskint has hired 125 ex-cons.

“I didn’t set out like 'I want to make a big difference.' I was just like, 'You know, I’ve always enjoyed work and the guys I’ve been meeting they cannot work even though they desperately want to.' And I thought that sucked and I wanted to do something about it,” said Karleskint.

Ideally, he said the interns move onto a good union job after the internship.

“Construction, whether it’s union or non-union, doesn’t care if you’re white, black, Latino or have a criminal background. If you show up on time, are able to be around clients and work hard, you can have a job,” Karleskint said.

For Davis, the internship has been about more than gaining skills, he said he’s found a job he loves.

Davis’ skills are so valuable that he now trains the interns at Anew Nature.

“I push it on anyone that would stick with it as long as possible and learn as much as you can,” Davis said.

RELATED: Show-Me Success: The woman behind the secret recipe for Straub’s chicken salad