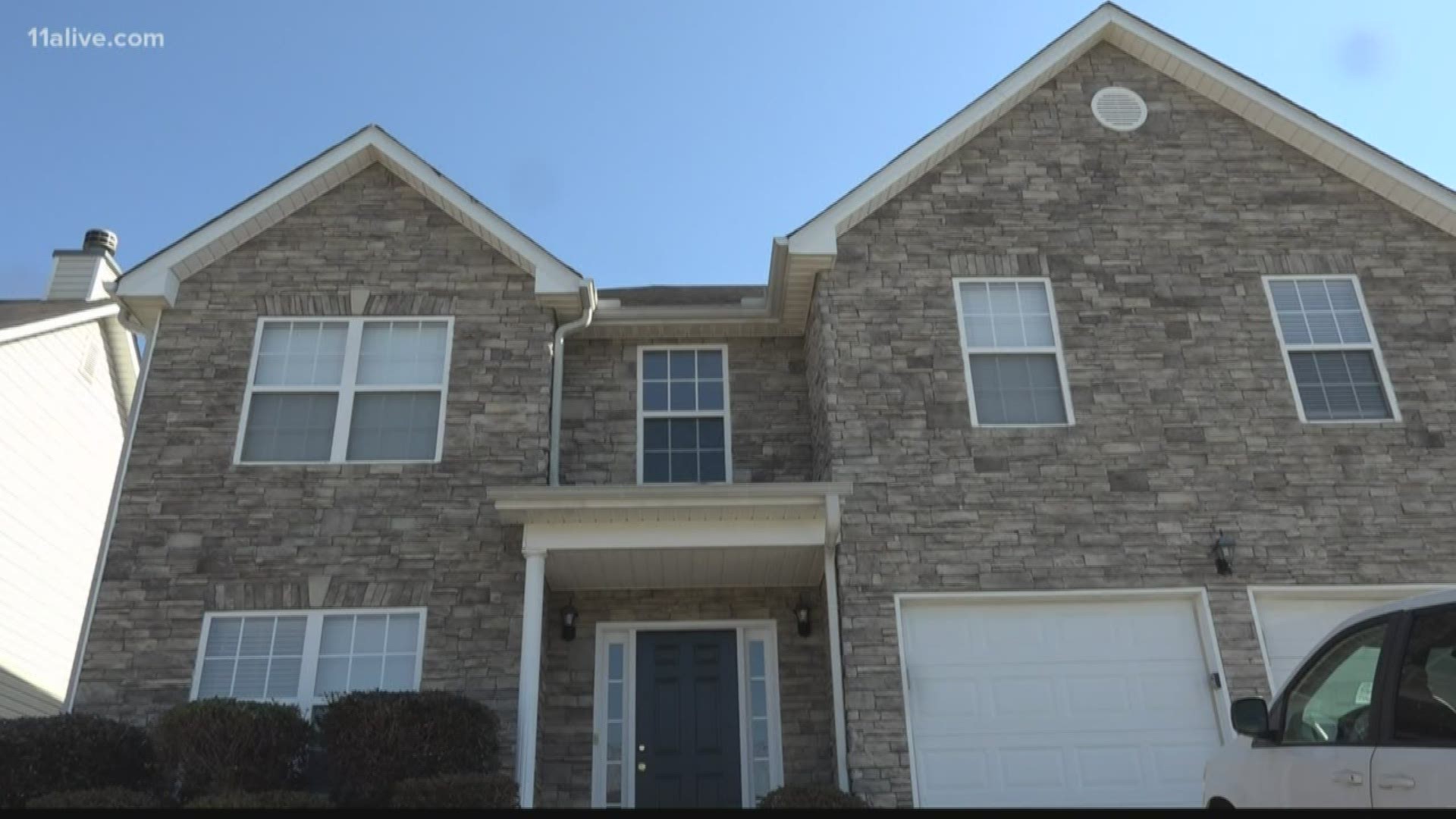 ATLANTA — An Atlanta mother is warning others about a rental scam - just before the holidays. The single mother of two says she fell for it, and now she and her kids have nowhere to go.

She has the keys to the house, the code to the garage and has even moved some of her things inside. But she told 11Alive on Monday that she's being forced to leave.

Kimbrough said she couldn't wait to move in to the Ellenwood home with her two kids and make it their own, but she soon found out it never was theirs to begin with. Even after paying $2,200.

The neighbors were curious as to why someone was in the home - as the owner had reportedly just been evicted. Kimbrough told neighbors she had just leased the home.

Kimbrough went back through her emails and texts with the woman who advertised herself as the owner on a real estate website.

When Kimbrough called the woman she thought owned the place to confront her, she said the woman hung up. Kimbrough added she found out a rental company manages the property. They told her the lease she signed was fake and she had to leave.

"My heart just dropped as soon as she said it," Kimbrough told 11Alive. "I felt so embarrassed, I felt so stupid. I just fell for a scam. I was so hurt."

Kimbrough told the woman that if she brought back her money orders, she wouldn't call the police. The woman reportedly stopped answering her calls and Kimbrough filed a police report.

Clayton County Police told 11Alive that they are investigating, but in the meantime, Kimbrough doesn't know where she is going to go.

"Everyone is asking me what we are going to do, and I really don't know right now," she said. "I'm just so upset that I gave her all my money."

Kimbrough said she started an internet fundraiser to try and recoup the loss.

"Around the holiday time, it's cold - you definitely have to be a bad person to do that," she said.

11Alive has reached out to the woman on Facebook and through email, but have not received a response, yet.

Community advocate says he was duped by dealership that disappeared overnight

Consumer Alert: They swap your Sim Card, take over your life

Airbnb to verify all 7 million properties to improve trust