She was in the water with her 15-year-old brother when he drowned. She said she still feels guilty, even though she would have risked her own life to save him. 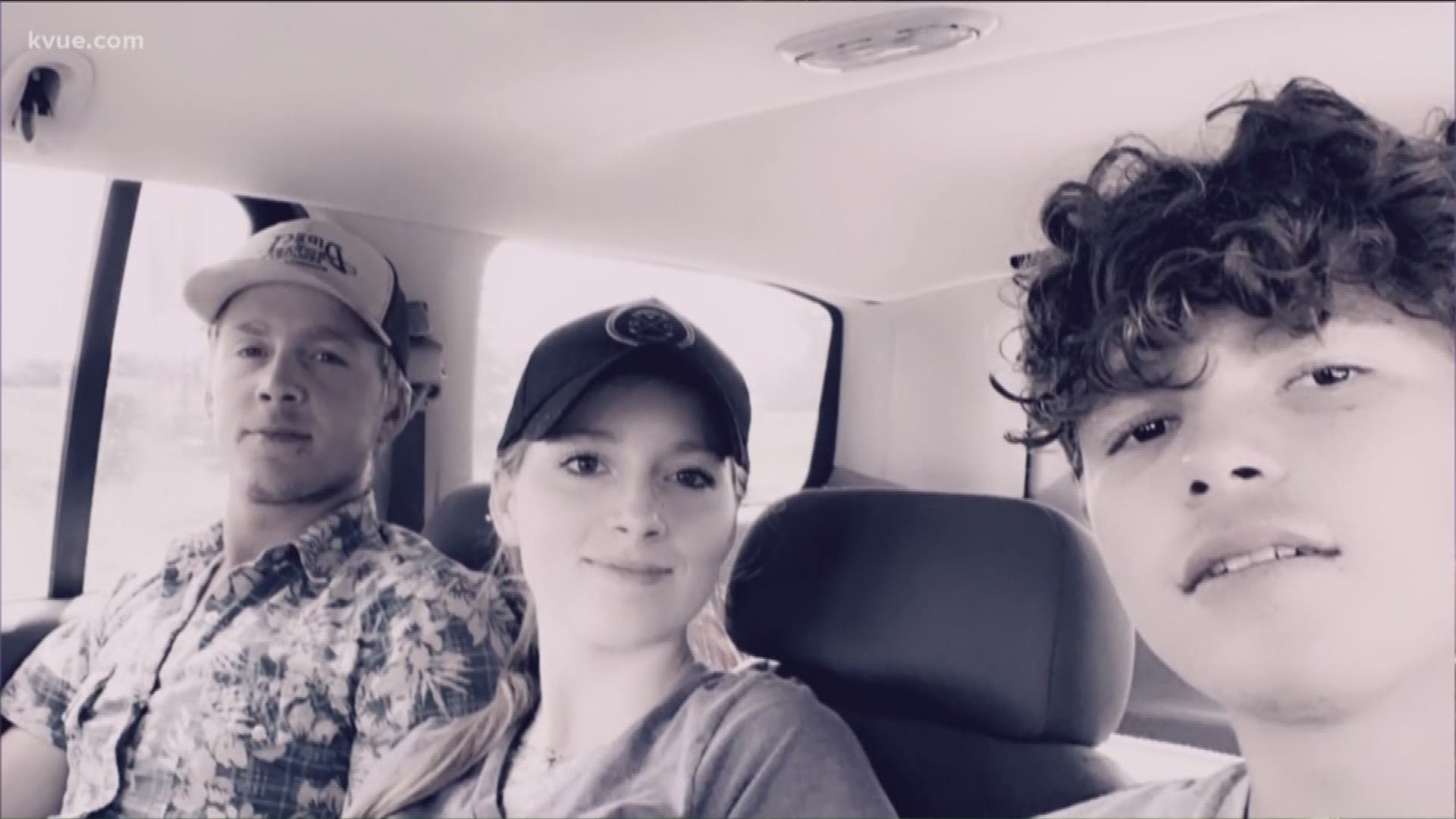 "I couldn’t get any sleep last night. Just closing my eyes, replaying the same thing over and over again what happened," said Cheryl Patterson, Kunze's older sister. "It’s going to take some time for us, a lot of us. Coping is different for everyone. So, I mean, it’s not easy at all. There’s good memories, but it’s hard to get past this since it was so tragic."

Patterson, 23, lives in East Texas but was visiting her family this week.

"This isn’t something we’d expect to happen. He meant the world to me, to all of us. We wouldn’t want anything like this to happen to anyone else. Stuff like this just happens to everybody, but we never thought it would happen to us," Patterson said.

Patterson grew up in Lockhart with Kunze, who she said would do anything for anyone.

"We were always attached at the hip, even when we were little," Patterson said.

She smiled as she remembered some of their favorite things to do together, like watching scary movies or going on drives.

Patterson said her younger brother was always up for anything – “unless it was bad,” she added with a laugh.

Patterson said she tried to help him, but she started running out of air.

"The thing that hurts me still is I had to push him away to try and get air just to be able to save him or else it would’ve been both of us," she said.

Patterson said she is dealing with a lot of guilt.

"Knowing that you really couldn’t help even though you tried everything you could, and it’s just a guilt that is put on you, even though it’s not your fault, that’s just how you’re going to feel about it. That’s how I feel about it," she said. "I feel like I couldn’t do as much as I should have. As his sister, the one who is supposed to be his protector, the one who is older – but he was the protector to me.”

Patterson said she and her cousins screamed for people to help.

She said she would have done anything to save her brother.

"Even if I had to risk my life for my own brother, I would’ve done that. That’s how much he meant to me," she said.

Patterson said she wants signs to be put near the water, warning people about the drop-offs and how deep the water gets.

A GoFundMe account has been started for the family.