The owner thought Atlanta needed a late-night, all-vegan menu of burgers and ice cream. It's been a hit. 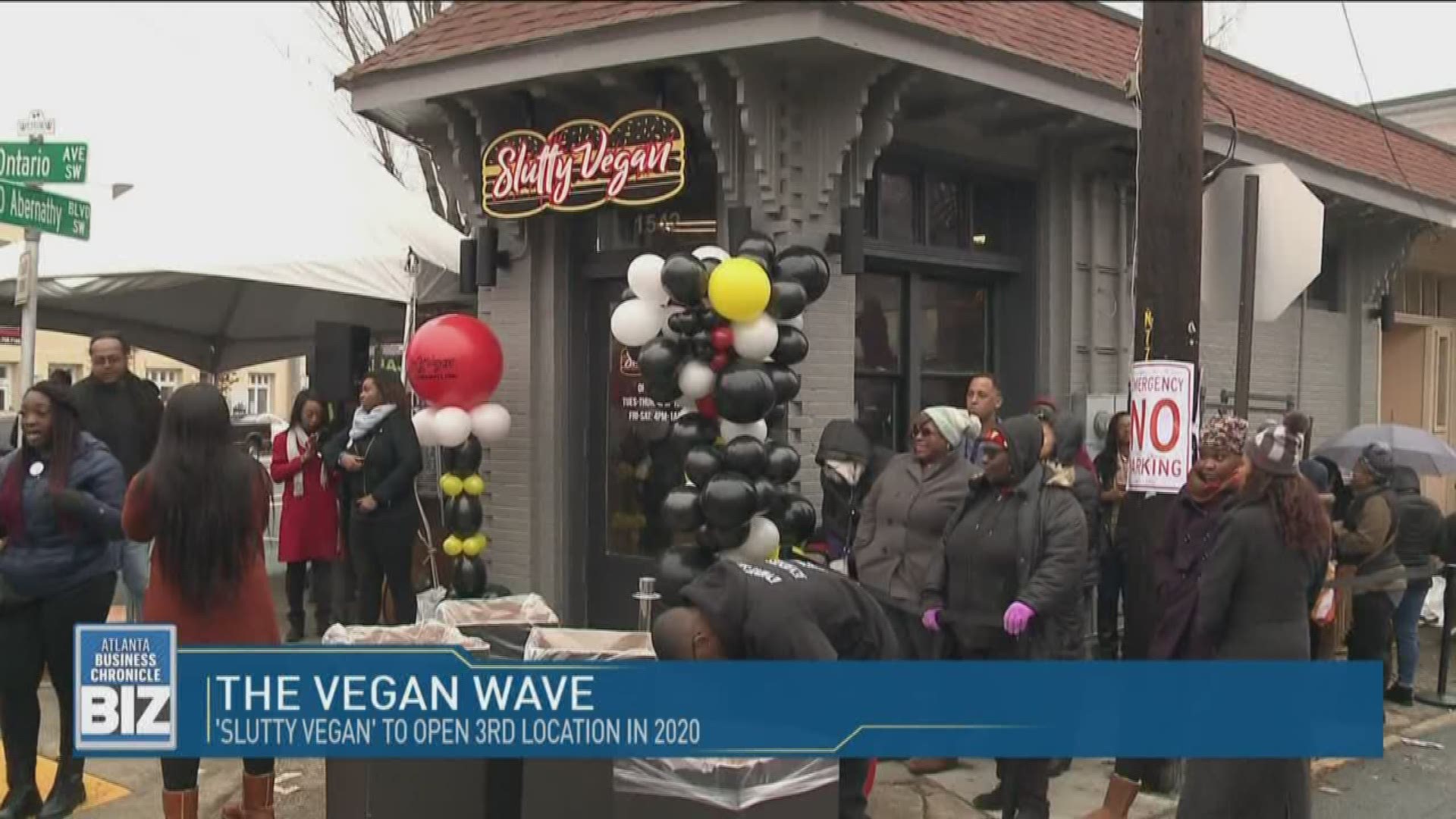 The popular food brand and concept, created by Pinky Cole, will be giving away free menu items starting at Noon on Monday, they said in a news release.

They said celebrities, such as actress Keshia Knight-Pulliam, television host/news reporter AJ Calloway and social media personality Pretty Vee will be at the restaurant serving guests until 2 p.m.

If you are in the foodie scene in Atlanta, you've likely heard of the popular vegan spot. It started as a vegan junk food "ghost restaurant," but now regularly has lines wrapped around the building.

Cole previously told 11Alive that she launched her restaurant because Atlanta needed a late-night, all-vegan menu of burgers and ice cream.

“Over the past year, we have impacted Atlanta in a huge way with our fast-casual junk food that is completely plant-based,” Cole said. “Every day, people are standing in line for hours to experience the juicy goodness of plant-based burgers, and this is our way of showing our gratitude.”

In September last year, Cole helped pay off the balances of more than 30 Clark Atlanta students. She is a Clark Atlanta alum, herself.

"I've been in that situation, trying to figure out how you're gonna pay for school, and if it weren't for me becoming Miss Clark Atlanta University, I might not have been able to graduate," she previously told 11Alive.

Last year she also helped a Clark Atlanta student who was on the verge of dropping out over debt. Khalil Perry, a junior studying mass communications at CAU, estimated he was about $7,000-$8,000 in debt so he could stay in school.

Perry told 11Alive’s Nick Sturdivant that without the help, he would have had to return home to Texas. He had posted a GoFundMe that got Cole’s attention.