3 charged with arson after 'beloved' historic church from 1800s burned

Among those arrested in the fire at the more-than-100-year-old church was a 16-year-old. 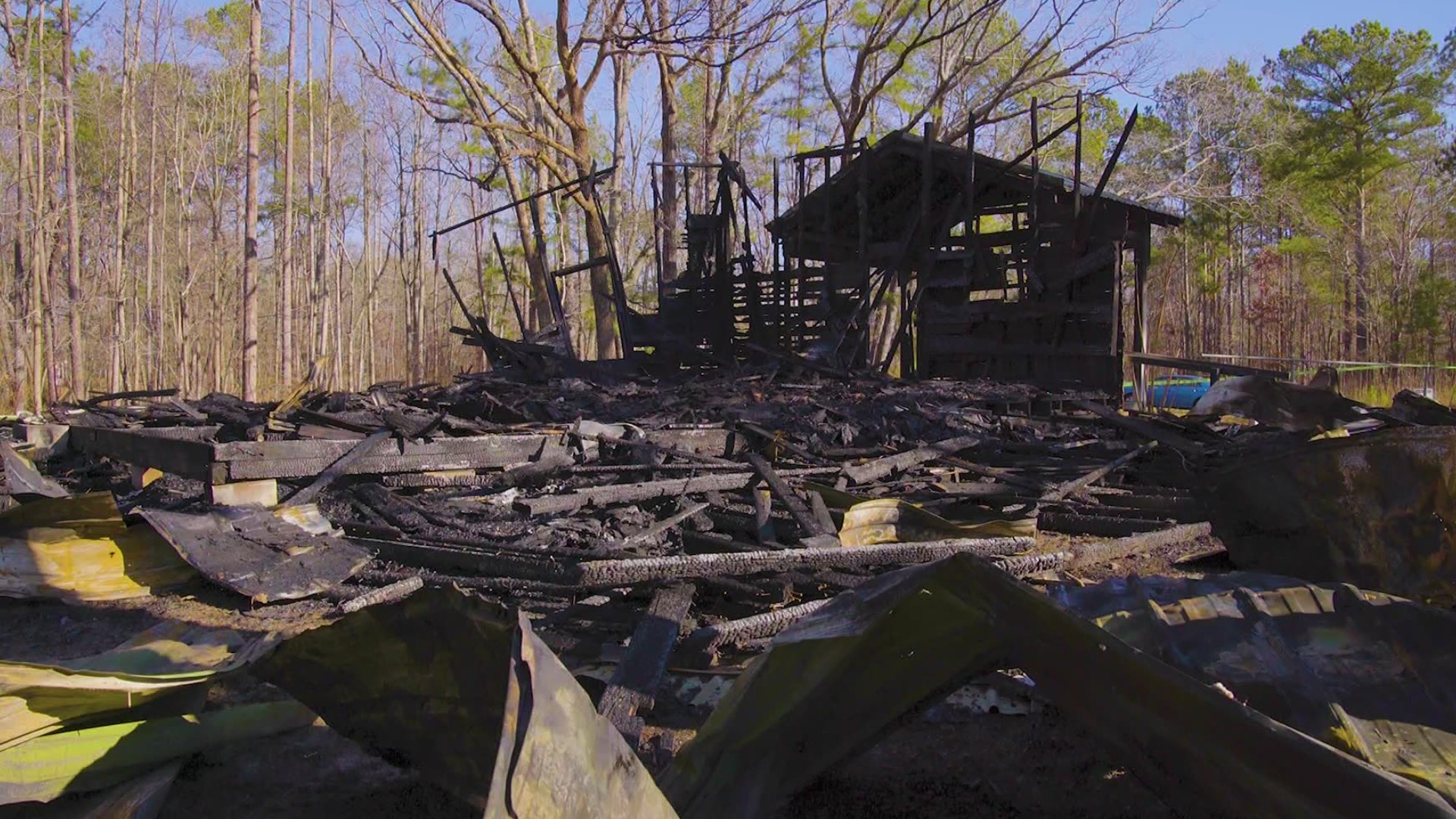 BOWDON, Ga. — Three people - including a 16-year-old girl - face arson charges after being connected to a fire that burned down a Carroll County church that stood for more than 100 years.

According to the sheriff's office, Frederick “Devin” Smith, 33, Monica Marie Burnett, 18, and the 16-year-old have all been charged with second degree arson for the fire at Smith Chapel Church earlier this month.

It was back on Jan. 4 when fire crews with Carroll County Fire Rescue responded to the fire in Bowdon. When they got there, they found the church, built in 1850, engulfed in flames. It was later deemed a total loss.

Smith, Burnett and the teen, all from Carroll County, were later arrested, after the sheriff's office said it received multiple tips through the arson hotline.

Investigators said the offenders claim they set fire to a hymnal book inside the church to keep warm as they stopped there while they were walking.

Credit: Carroll County Sheriff's Office
Frederick “Devin” Smith, 33, (L) and Monica Marie Burnett, 18, were arrested and charged with arson, along with another 16-year-old girl, in connection to the fire that burned down the historic Smith Chapel Church, which had stood in Bowdon, Georgia since 1850.

According to Historic Rural Churches of Georgia, an organization that documents many of the state's older churches, Smith Chapel, which was at one point known as Mount Pleasant, has had roots in Carroll County dating back to the 1800s.

RELATED: This church lasted decades in a small Georgia town. It burned down in a fire last week.

Carroll County Sheriff Terry Langley, in a statement announcing the arrests, described how Smith Chapel Church was "an important staple in our community."

"I have fond memories of the area as I grew up in the Bowdon area," he said. "I am proud of the collaborative effort between the Carroll County Sheriff’s Office, Carroll County Fire Rescue, and the State Fire Marshal’s Office and the assistance of the citizens that led to these arrests.”

During a first appearance, Smith was ordered to be held without bond. Burnett, meanwhile, was granted a $5,000 bond and was later released after it was posted. The teen is still being held in the Rome Youth Detention Center, pending a hearing.

The fire, according to officials, is still being investigated by the Georgia Arson Control Board in order to review the information that led to the arrests in regard to the reward.