Smyrna officer Christopher Eric Ewing was killed in a wreck by a DUI driver on Monday night, according to the department. 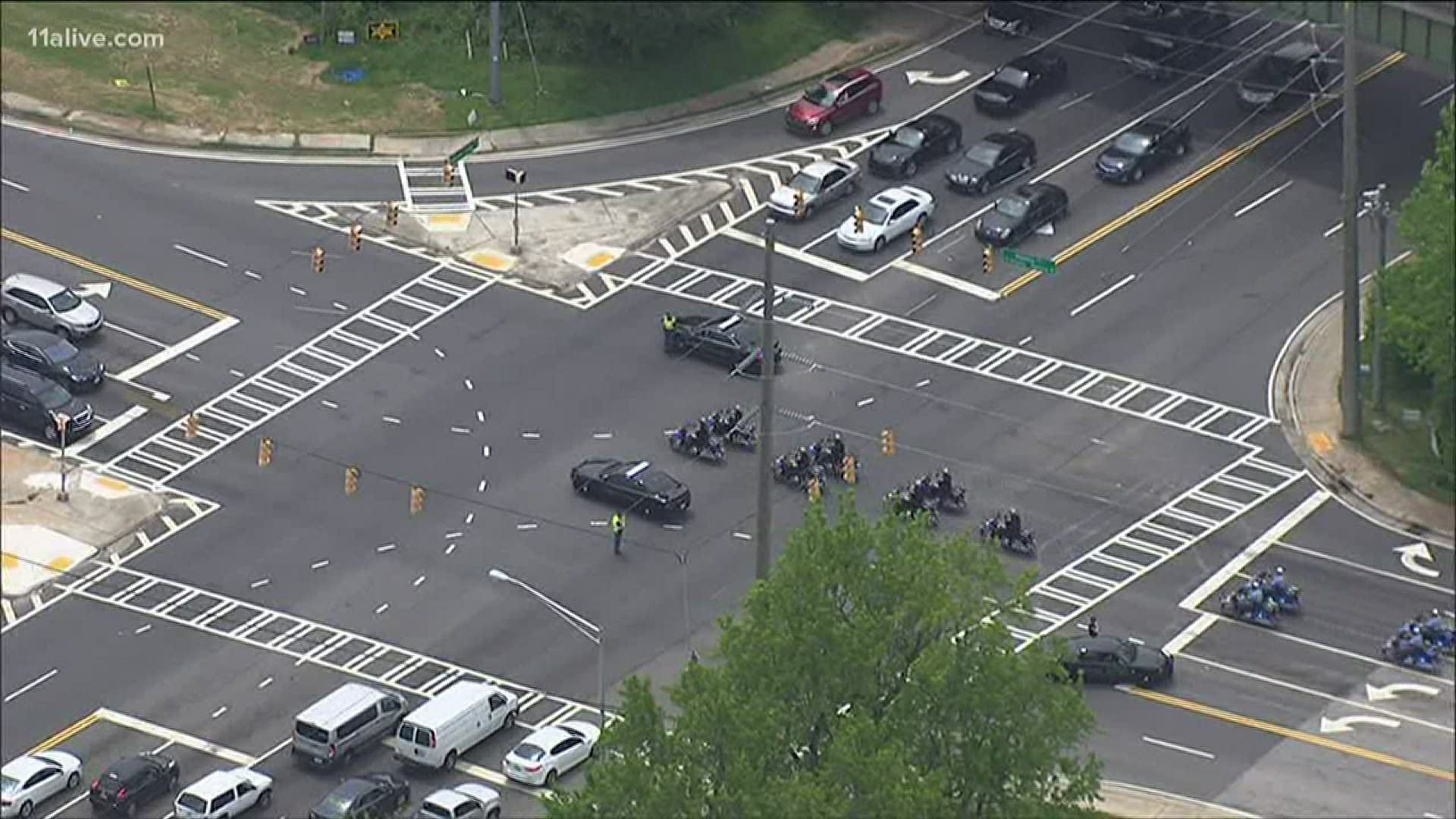 SMYRNA, Ga. — The body of a Smyrna Police officer who was killed by a DUI driver Monday night was escorted to a funeral home Wednesday afternoon.

The police procession to honor Christopher Eric Ewing began at the Cobb County Medical Examiner's office in Marietta and took the fallen brother in arms to the Carmichael Funeral Home in Smyrna.

The procession involved Smyrna officers, Cobb County Police officers and Georgia State Patrol troopers. As many as 50-100 police vehicles were expected to participate.

Ewing had served in the United States Air Force and was a two-year veteran of the Smyrna department. He was a husband and father to three children.

On Monday, just after 11 p.m., Ewing was struck by a drunk driver on South Cobb Drive at Oak Drive, Smyrna Police Chief Joseph Bennett said. Robert Lorenzo Cox, 35, of Duluth, was charged with homicide by vehicle, a felony.

Bennett said Ewing worked nights in the Uniform Patrol Division and had recently received a lifesaving award. He applied to be on the DUI task force not too long ago.

Having served in the U.S. Air Force, Ewing was currently serving in the reserves.

Bennett said he was an employee any police chief would want to have. He said he had a "very, very bright future."

He said he was at the hospital when Ewing's family arrived and that it was "devastating."

The incident remains under investigation by the Georgia State Patrol.

"As Chief, I can tell you this hits home and it hurts. We are asking that you keep Officer Ewing's family and his Smyrna Police family in your thoughts and prayers as we try to cope with our loss."