Officials say there are not currently any reports of injury. 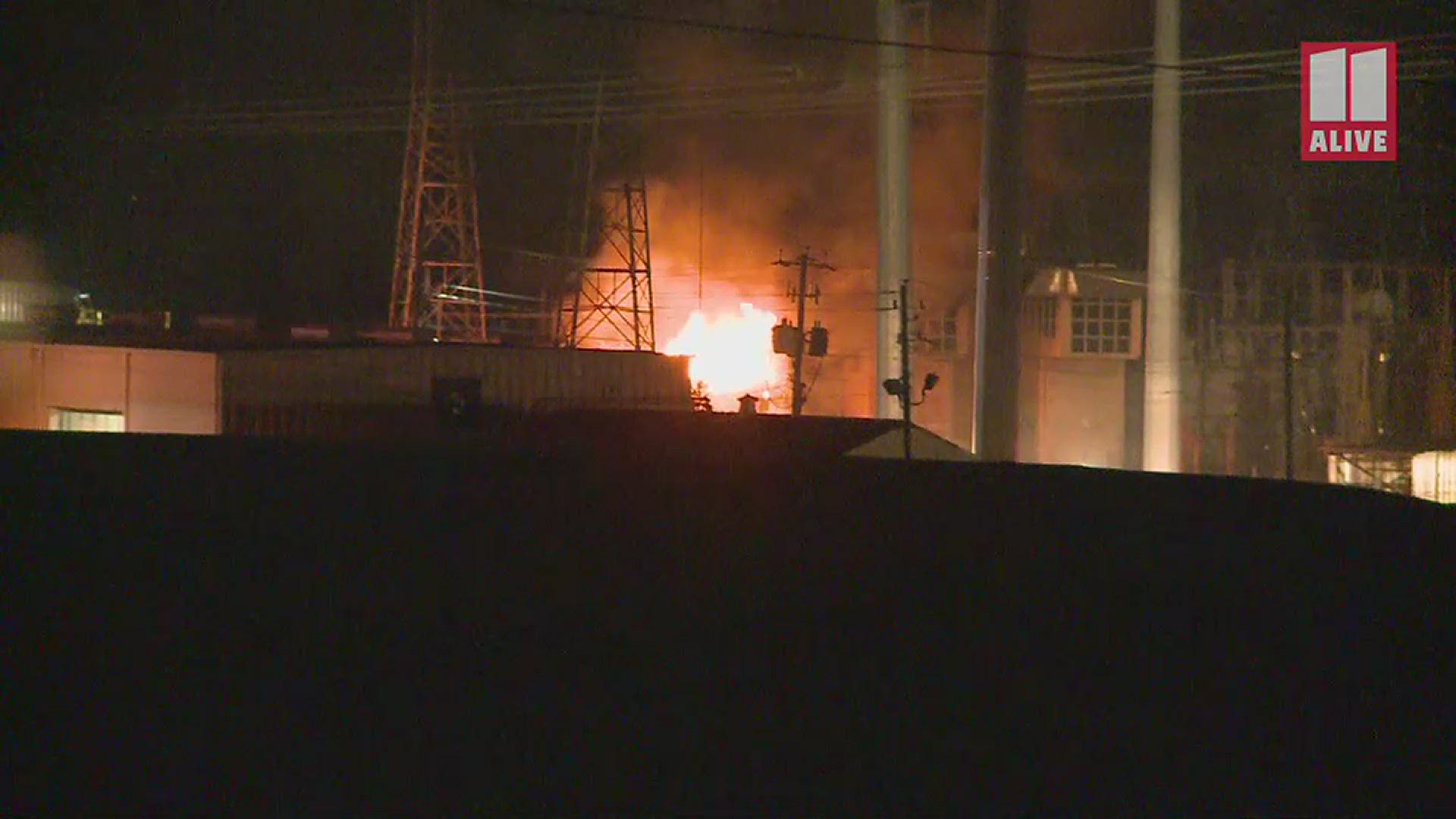 SMYRNA, Ga. — No injuries were reported from a fire in the switchyard at Georgia Power's Plant McDonough, the power utility said in a statement early Monday morning.

Between 11:20 p.m. and 11:30 p.m. Sunday, there were multiple reports online of fire and at least four loud explosions coming from the power plant in Cobb County near the Chattahoochee River.

Cobb County Fire said in a statement on Monday that crews arrived to find heavy smoke and fire coming from a transformer around 11:30 p.m. Fire crews immediately went on the defensive to protect nearby structures that contained what the department described as hazardous materials. Power and gas were also turned off to the location.

A total of 33 firefighters took on the blaze using 13 firefighting vehicles. Four HAZMAT vehicles were also dispatched and had 10 personnel of their own.

Multiple photos on social media showed a smoke plume visible from miles away. Other reports described the smoke plume and the explosions, along with flickering power from parts of the surrounding area.

"There were four explosions total," Shelby Watson said on Twitter. "The first and the strongest shook our home violently."

According to a statement from Georgia Power, the large plume of smoke was due to a transformer fire that was contained within the switchyard at Plant McDonough.

"There is no fire inside the plant structure itself," the statement from Georgia power read. "There are no known injuries and the fire department is on-site."

Georgia Power added that the safety of its facilities and employees is a top priority and that it is monitoring the situation.

11Alive's Tracey Amick-Peer said Monday morning that she could see fire crews leaving the plant shortly after 6:30 a.m. Cobb County fire, however, puts their official out time at around 10:30 a.m. Authorities have since contacted the Georgia Environmental Protection Division as well.

According to Georgia Power's website, Plant McDonough-Atkinson is located on a 358-acre site and produces about 2,520 megawatts of electricity - enough to power about 1.7 million homes on average.