Erin Edwards was a rising junior at Boston University. 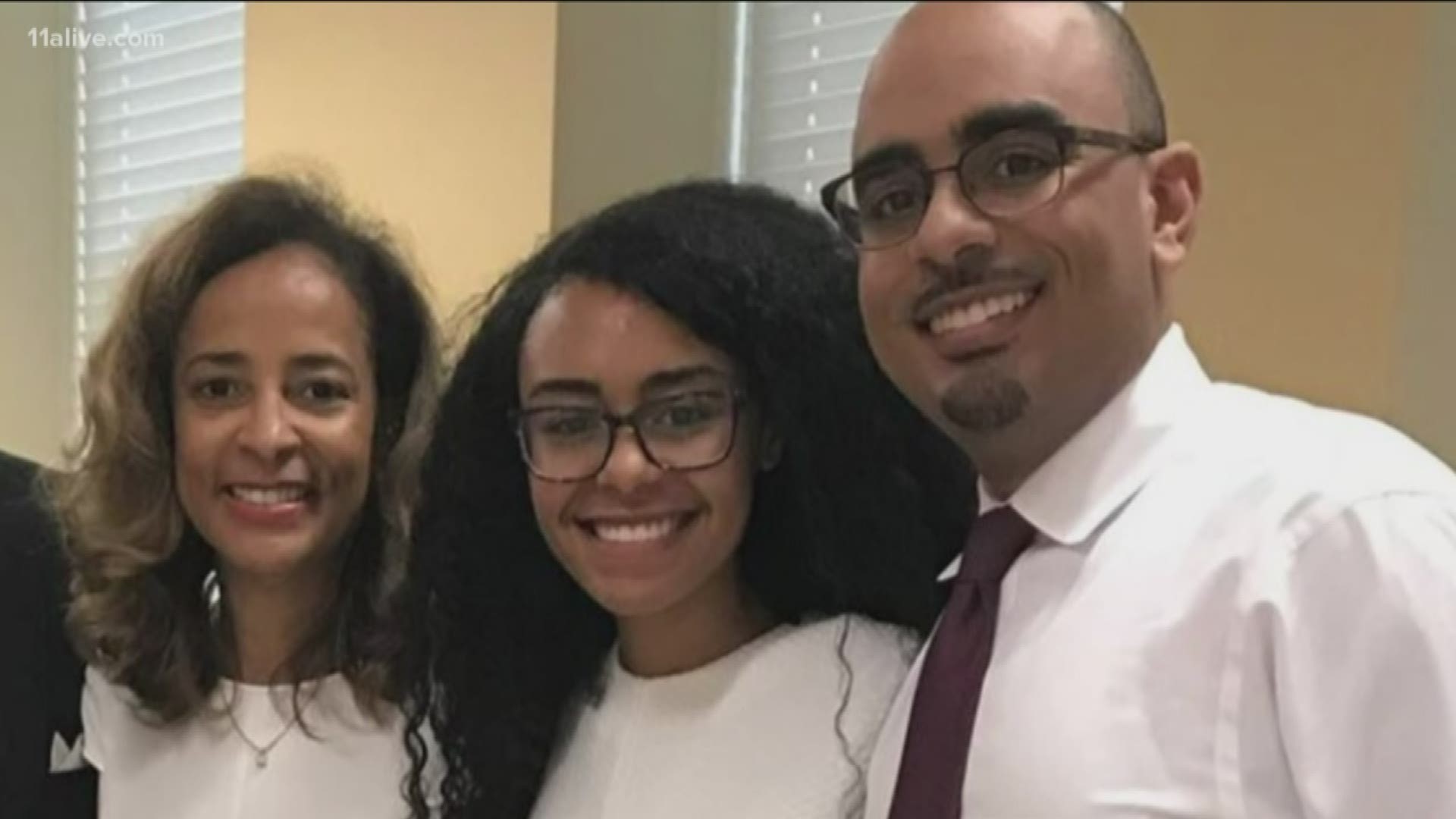 COBB COUNTY, Ga. — A community is in shock about the recent tragedy that unfolded in an apparent murder-suicide where police believe a 58-year-old mother killed her 20-year-old daughter and 24-year-old son.

One of the victims, Erin Edwards, was a college student pursuing a degree in journalism.

A spokesperson for Boston University confirmed with 11Alive on Thursday that Erin was a rising junior. He also told us that so many were shocked to learn of her tragic death, just a few weeks before fall classes are set to start. Erin's expected graduation year was 2021.

Police said Erin and the bodies of her brother, Christopher Edwards II, and their mother, Marsha Edwards were discovered inside of a townhome on Nobilty Way in Cobb County Wednesday.

Officers said the adult children died of gunshot wounds, and their mother died of  "an apparent self-inflicted gunshot wound."

Many who knew Erin have come forward describing her as loving and kind. She had already left an great impression in the professional world at her internships.

WNBC, a news station where she worked as an intern, released the following statement:

“Erin Edwards was a gifted storyteller with a passion for her work. Her enthusiasm was infectious and her smile lit up a room. She was an incredibly decent, kind person who earned our admiration," said Benjamin Berkowitz, WNBC Vice President, Digital who also served as Erin’s supervisor. " Her talent was truly God-given. All of us at WNBC extend our condolences to Erin’s family and friends at this difficult time.”

Erin's manager at the station, Jessy Edwards, also remembered her as a journalist who wanted to make a difference with her work.

“Erin was the type of intern you’re always hoping for – so bright, so engaged, entrepreneurial, a beautiful writer. The kind of person who makes you grow as a manager," Jessy wrote.

Jessy added that while at WNBC, Erin pitched, produced and spotlighted the diversity and humanity of New York City.

"I was particularly moved to tears watching her video about a 75-year-old photographer documenting New York City’s ‘invisible’ elderly population. She wrote about a New Yorker who escaped crippling mental health issues through drawing, interviewed her favorite drag queen Shangela for Stonewall 50 and she even taste-tested mustard-flavored ice cream for us.

“Ever thoughtful, ever kind, ever the professional, Erin left many of us in the office with a personalized note of goodbye earlier this month. She told me how grateful she was for the opportunity to work here, and how she felt motivated every day to push herself beyond what she thought she was capable of. She was hungry to learn and develop her skills and I had the pleasure of seeing her grow so much as a reporter.

“I am so grateful to have had Erin as an intern and as a friend. Her smile, spirit and storytelling will be truly missed.”

Others in the journalism profession have similar sentiments about Erin. NBC News Correspondent Blayne Alexander mentored Erin for the last year.

"She was beyond effervescent. She was happy, she was just very excited and very eager to jump into the world of journalism and learn everything she could," she said.

Alexander said Erin wanted to change the world through journalism.

Erin and her brother, Chris, have also spent time working at the mayor's office. Christopher served as Digital Content Manager for the Executive Office of Entertainment since March of 2018 and Erin was a summer intern in 2018.

“Derek and I join the greater Atlanta community in mourning the loss of three members of the beloved Edwards family. Chris and Erin were beautiful, vibrant, and brilliant young adults, whom we had the pleasure of knowing their entire lives. They filled the lives of all who met them with joy, compassion, and kindness. May the peace of God, that surpasses all understanding, be with the Edwards family and all who had the honor to have known them.”