One of the hardest-hit neighborhoods, near Windy Hill Road and South Cobb Drive, still has no power. On Friday, there were power crews working in the neighborhood. 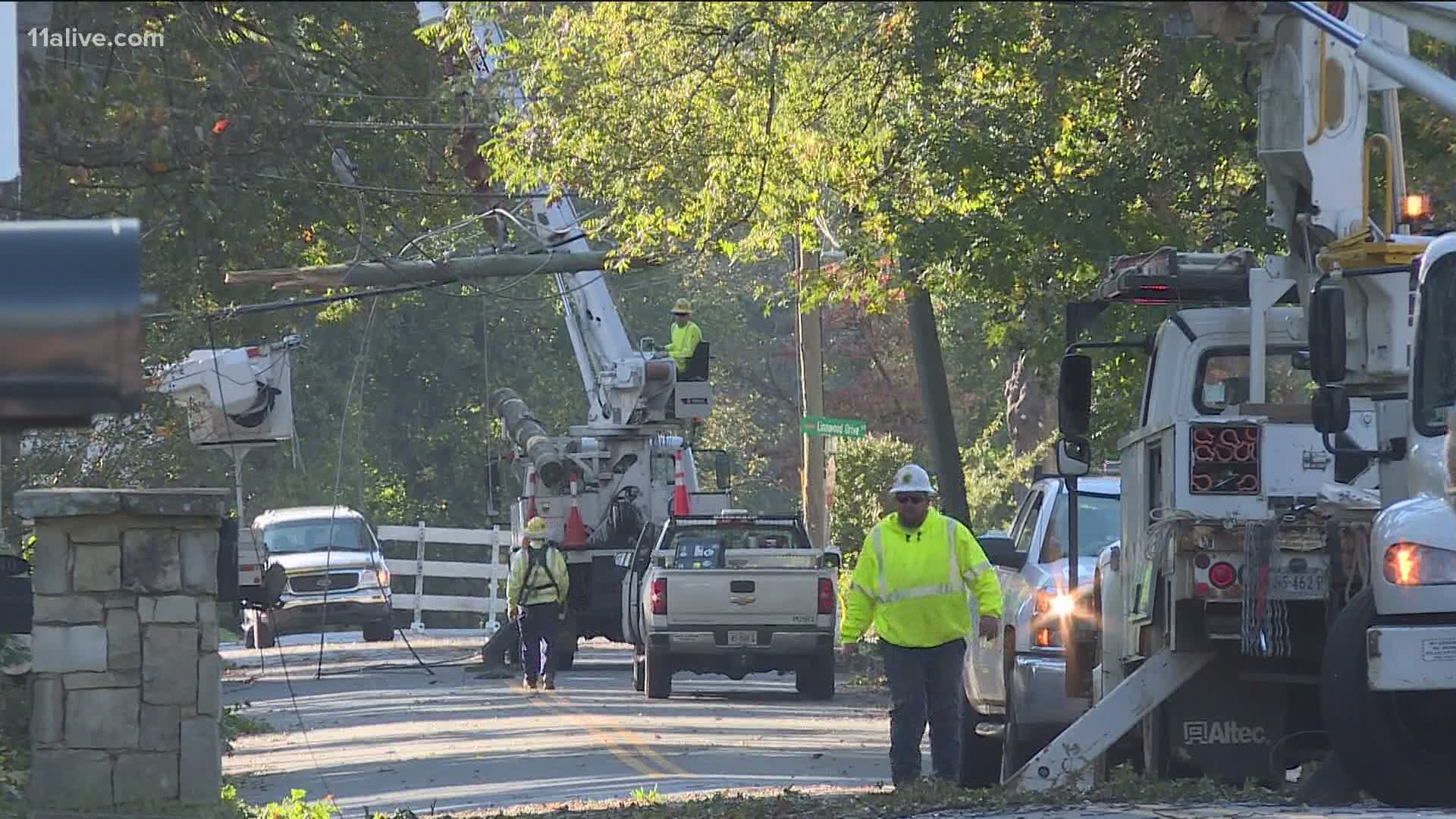 SMYRNA, Ga. — Power outages continue across metro Atlanta and are forcing people to alter weekend plans and find ways to make it through.

One of the hardest-hit neighborhoods in Smyrna, near Windy Hill Road and South Cobb Drive, still has no power.

Throughout the day Friday, there were power crews working in the neighborhood. It appeared, Friday, that a tree knocking over power poles was the reason for the outage.

Neighbors said there was a massive tree in the road all day Thursday and most of Friday. Power lines were also in the street while crews worked.

Neighbors said this has impacted weekend plans, from birthday parties to just getting school work done.

“Now that we don’t have power, we’ll probably move that. We’re not sure yet but that’s been affected,” said James Landrun, a neighbor.

And it wasn’t just birthdays and Halloween being affected. Earlier Friday, Cobb County had to change a voting location from Sandy Plains Baptist Church to Holy Trinity Lutheran Church down the street because of storm damage.

In a video shot by 11Alive from Sandy Plains Baptist Church, you can see some damage to the roof there.

Another concern these neighbors have is the colder temperatures.

They said the outage maps on Georgia Power’s website are estimating this neighborhood will get power, but it could take until Sunday.