No injuries were reported despite the chain of events that preceded a brief foot chase. However, one suspect is still on the run. 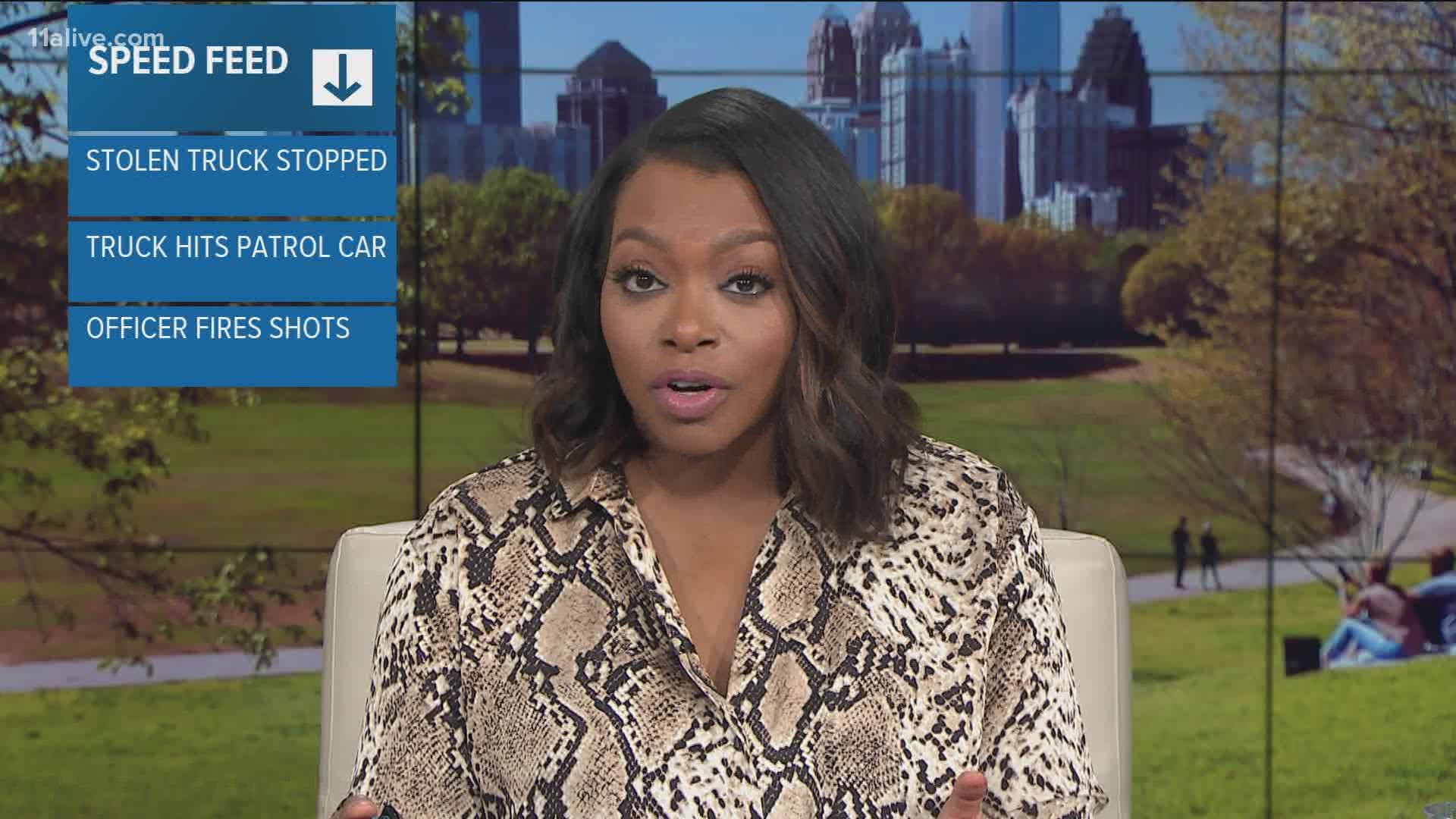 SMYRNA, Ga. — Police say a man is on the run and state agents are investigating after a dangerous traffic stop ended with a stolen truck barrelling at a patrol car and shots fired.

The incident happened just after 4 p.m. on Monday near the area of Roswell Street and Williams Park.

Smyrna Police said in a release shared late in the evening that its officers had been notified of a stolen U-Haul pickup truck near Jonquil Road at the intersection of Spring Road in Smyrna. They soon located the truck but said the driver attempted to escape.

"After several traffic violations, the stolen truck was stopped and officers attempted to conduct a felony traffic stop on the stolen vehicle," the statement said.

However, the driver allegedly responded by slamming the truck into a patrol vehicle. At this point, Smyrna Police said one of their officers fired several shots at the stolen truck as it drove off to the area of West Spring Street and Roswell Street before crashing.

Police have since called the Georgia Bureau of Investigation in to handle the investigation - standard practice for most departments any time an officer discharges a firearm. Hours after the incident - and moments after Smyrna Police released their statement - the independent agency's spokesperson, Nelly Miles, confirmed its involvement in the investigation.

Miles said this officer-involved shooting was the 65th that the GBI had been requested to investigate. The agency typically turns its findings over to the area district attorney's office once the investigation is complete. Once done, the district attorney determines whether or not an officer's actions should result in charges.

In this case, there were no reports of any injuries for officers or the suspects - though one of the people in the stolen truck is still missing.

Police said the investigation remains active meaning no additional details are planned for release by the department. However, the GBI public affairs office is planning to release a statement to the media at some point in the near future.