Smyrna restaurant at center of Hepatitis A scare responds to alert

A server at Vittles Restaurant on South Cobb Drive in Smyrna tested positive for the viral infection on October 2. 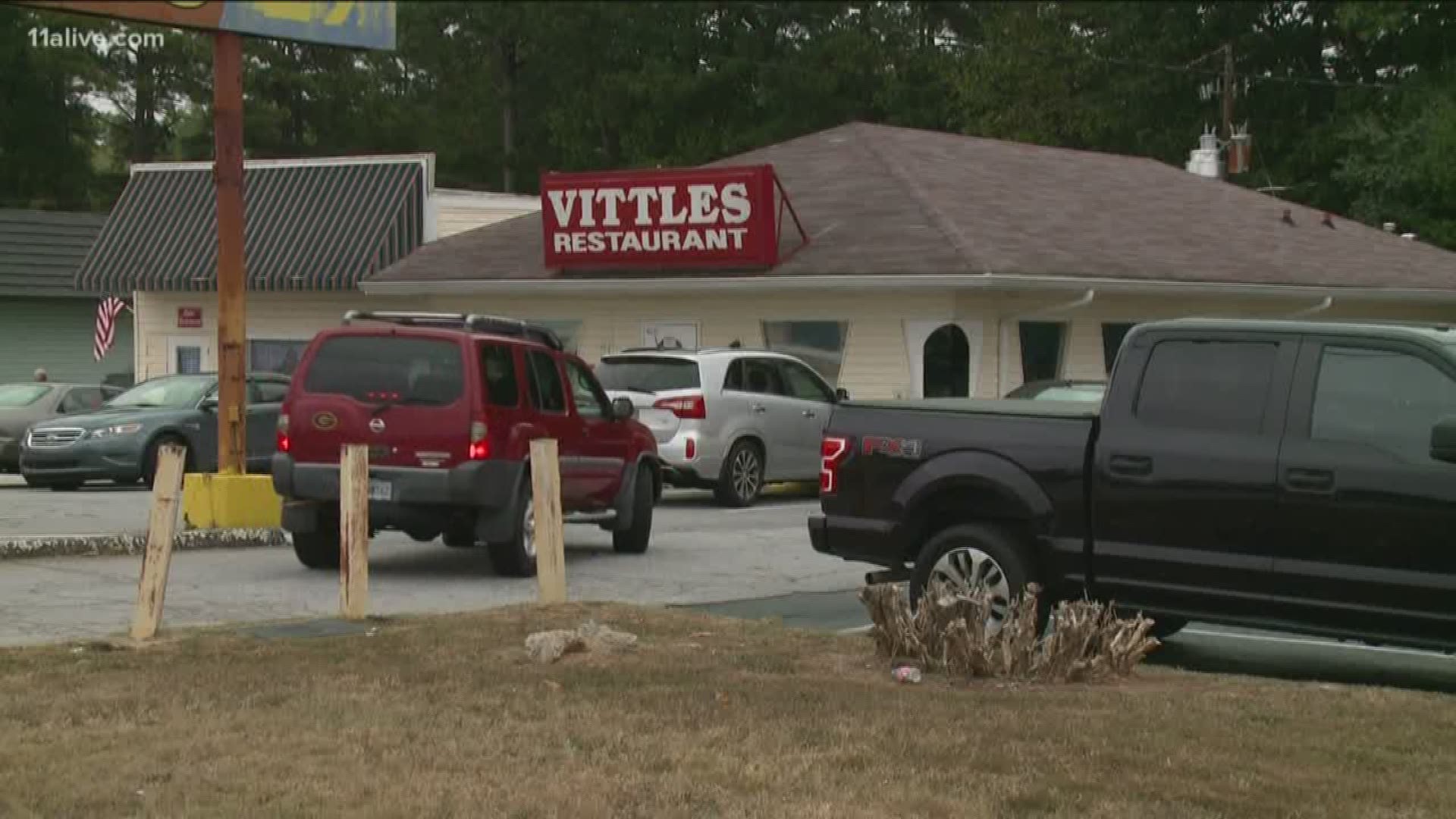 SMYRNA, Ga. — Following Saturday's health advisory connected with a Smyrna restaurant, the owner of the eatery took to social media to respond with a message of her own.

Cobb and Douglas public health authorities issued an advisory Saturday afternoon after they discovered a person infected with Hepatitis A had worked as a food handler at the restaurant on South Cobb Drive as recently as Wednesday.

A spokesperson for Cobb County said the infected person would not return to the restaurant until they were cleared by health officials.

In a statement posted to Facebook late Saturday night, Charity Salyers, the owner of Vittles said there was a server who worked on October 2 from 2 pm to 8 pm and went to the hospital and tested positive for Hepatitis A.

"As soon as we were notified by the health department we began sanitizing and disinfecting the restaurant. We have worked hand in hand with the health department to ensure that all other employees and customers were safe and healthy," the statement said, in part. "Please don't believe all you read and hear! As people tend to add to the story, and this employee has now been released from the hospital and recovering at home."

In their release on Saturday, Cobb and Douglas Public Health officials said it is rare for a restaurant patron to become infected with hepatitis A due to an infected food handler, but anyone who consumed food or drinks at the restaurant on that day is urged to contact a healthcare provider.

Hepatits A vaccinations are also available at Cobb and Douglas Public Health clinics from 8 a.m. to 5 p.m. Monday through Friday. The agency said there is no out-of-pocket cost regardless of insurance status.

Anyone who did consume food at the location should monitor their health for symptoms for up to 50 days after exposure. They should also wash their hands thoroughly and often and stay home and contact a doctor immediately if symptoms develop.

According to the health department, hepatitis A is a viral infection of the liver that causes loss of appetite, nausea, tiredness, fever, stomach pain, dark-colored urine, and light-colored stools. The illness also causes yellowing of the skin or eyes.