Residents packed Campbell Middle school to find out more about the plant and ethylene oxide. 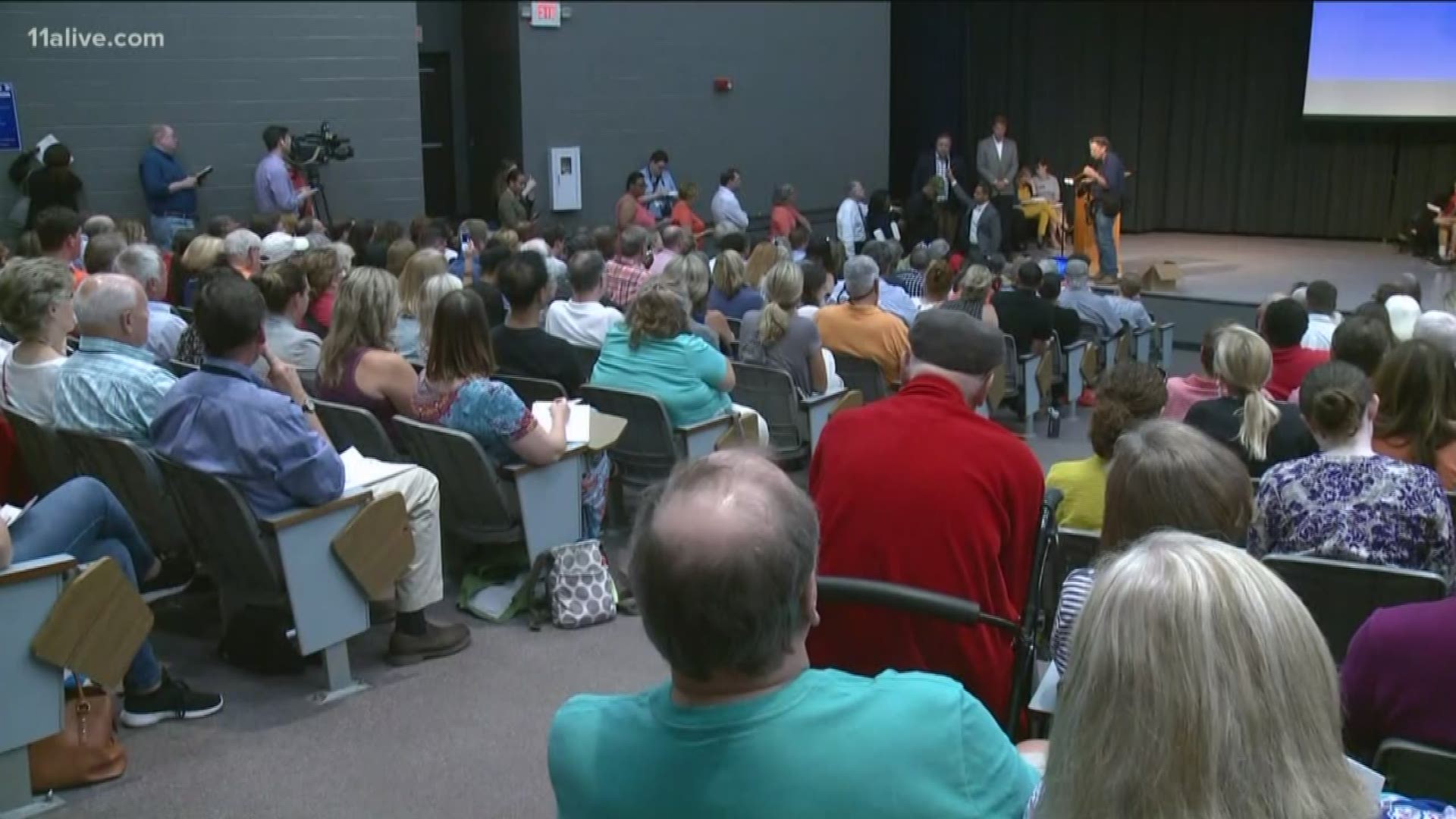 SMYRNA, Ga. — Smyrna community members concerned about a cancer-causing toxin that are being released in the air by a nearby plant got the chance to hear directly from the company Tuesday night.

The president of Sterigenics, Phil MacNabb, was present at the meeting. Residents packed Campbell Middle school to find out more about the plant and ethylene oxide - a toxin released into the surrounding air as part of the facility's operations.

"I am going to answers all of your questions here to the best of my ability," MacNabb told the concerned crowd.

"Our mission is to protect people, and I know that may seem contradictory to what you read about us recently," MacNabb added.

A WebMD article published recently warned about the level of ethylene oxide released by Sterigenics in Smyrna and a separate company in Covington. So when neighbors learned about the emissions, it stirred up controversy.

MacNabb explained why ethylene oxide is used. He said the company sterilizes medical devices that are used once on a patient, and then disposed of.

"Our process is the last line of defense between the manufacturer that made the product and the patient to assure that it does not do harm to the patient when it is used on them," he said.

MacNabb said the toxins fall within the Environmental Protection Agency's limits. He also mentioned during his presentation that less than one-half of 1 percent of the ethylene oxide used in the U.S. is in the sterilization of medical products.

However, some who attended the meeting were not convinced by MacNabb's words.

"I don't think it was anything genuine at all from him," one person said. "I think it was all just a script that they have taught all these people how to say to us when we find out what they are doing."

During the meeting, attendees were allowed to speak.

A resident who lives about half a mile from the facility said trust is totally broken. He rattled off the names schools and other businesses that he claimed were within the danger area of the facility.

"Why should we trust you?," the resident asked.

MacNabb said they are still performing under the regulatory limits and that their top priorities are to keep their employees safe, the communities they operate in safe, and to make sure patients stay safe.

He also mentioned that the company is even working on plans to lower emissions.

The company said it submitted a permit application to the Georgia Environmental Protection Division to install emissions control enhancements at the Atlanta facility.  Sterigenics said the voluntary enhancements will further reduce the ethylene oxide emissions.

Absent from the meeting was the EPA and the Georgia Environmental Protection Division, which allow both companies to self test and self-report ethylene oxide emissions. The county said there will be another meeting on Aug. 19 at Benjamin Preparatory School, and both agencies are expected to be there.