Some Domain stores boarding up after several businesses looted across Austin

Some of the stores reportedly boarding up include Nordstrom, Tory Burch and Louis Vuitton. 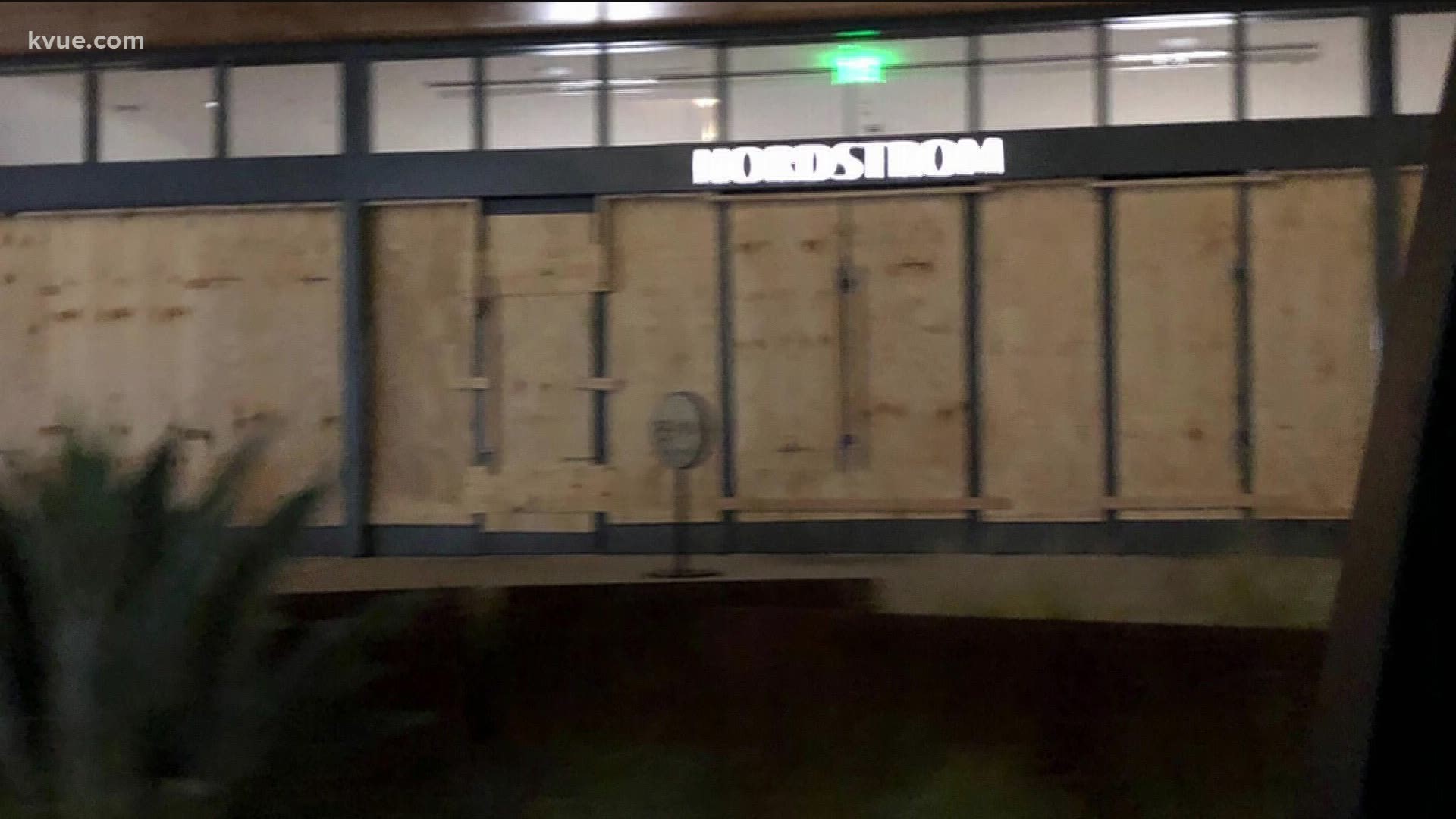 AUSTIN, Texas — Because of the recent looting and thefts across Austin, retailers at The Domain Shopping Center are boarding up, including Nordstrom.

Some of the businesses damaged amid protesting in Downtown Austin include Target in Capital Plaza, Lone Star Souvenir and Food Mart and a Shell gas station. World Liquor and Tobacco on Sixth Street was also one of the stores hit, and it was all caught on surveillance video. The owner told KVUE they got looted twice, first at midnight and then at 2 a.m. on June 1.

“[The protest] is a good thing,” said the store manager. “It's a good step but the way things are going. I’m sure there’s a lot of good people out there protesting, but at the same time in the mix we have people taking advantage of that and I feel as Americans we shouldn’t be doing that.”

Tory Burch, Apple and Louis Vuitton are among some of the stores also reportedly boarding up at The Domain.

Target also announced closures across the country due to the protests. In the Austin area, those included the North Austin location, Saltillo Austin and the UT Campus Store.