GDOT said it's a safety issue, but activists claim it’s more evidence that the city and state are failing the poorest in community. 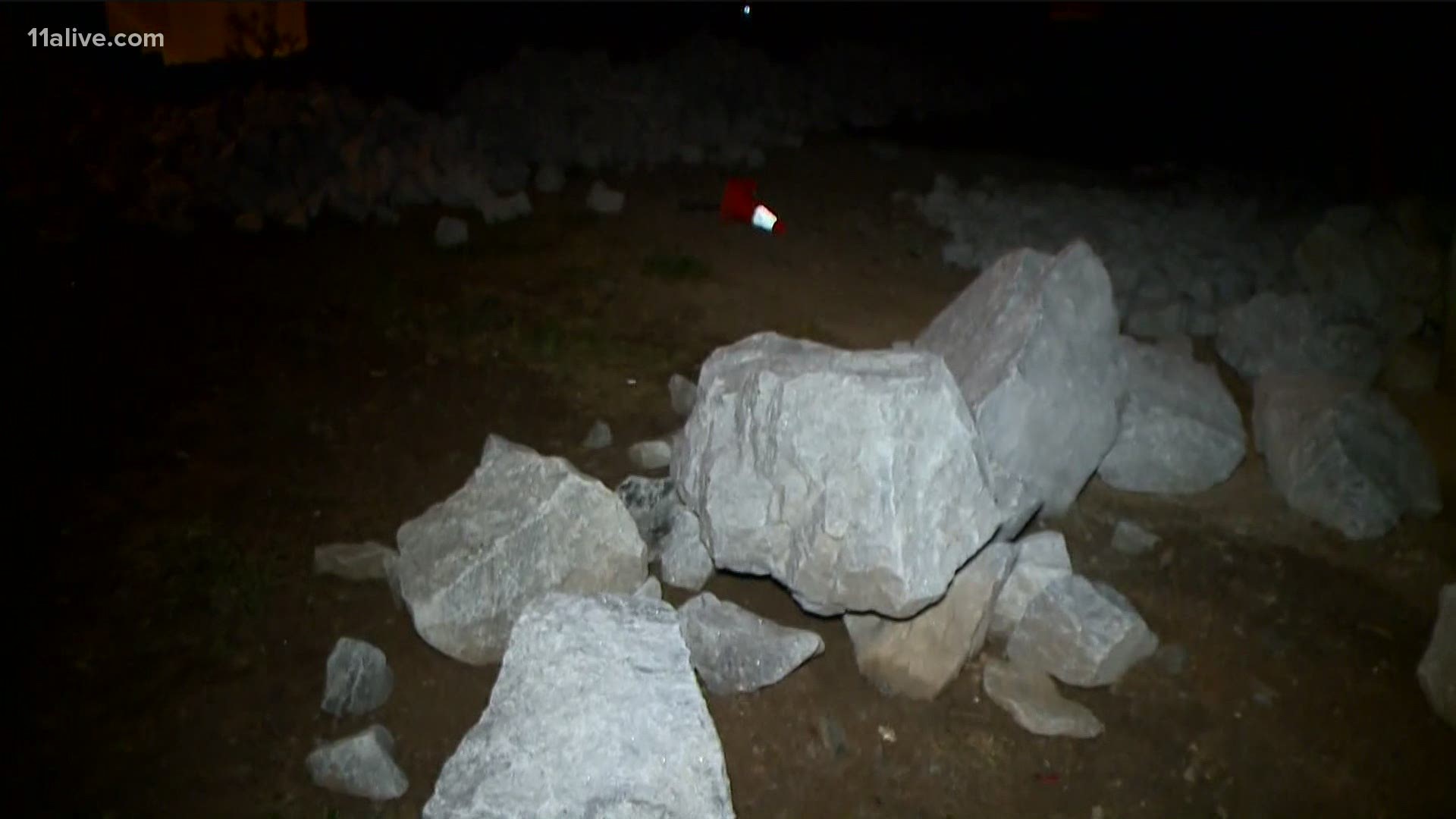 ATLANTA — Outrage and a call to action-- focusing on people who have been living in tents underneath the interstates in downtown Atlanta.

The encampments are mostly gone, now that the Georgia Department of Transportation has hauled in boulders and rocks to keep people from from living there.

GDOT said it's a safety issue, and has been working for months with representatives of the City of Atlanta and others for a "humane" alternative to the proliferation of the encampments. But activists claim that using the boulders and rocks to make the areas uninhabitable is more evidence that the city and state are failing the poorest in the community.

The rocks are a way to protect lives and property, according to GDOT.  A spokesperson said that setting up tents under the bridges is against Georgia law and can present a safety hazard.

In 2017, a massive fire under I-85, allegedly set by a man who was homeless, caused the entire roadway to collapse -- resulting in massive traffic jams and widespread detours around the city while crews worked to rebuild the highway. There have been more fires, since, underneath interstates in Atlanta.

Devin Barrington-Ward of Movement 4 Black Lives is urging the city and state to do more to increase shelter space, and speed up efforts to expand affordable housing programs, and then make it easier for people to get into them.

In the meantime, he’s calling on people to call the governor and tell him to leave the tent-dwellers alone, "and demand that these boulders be moved, and demand a real plan for ending homelessness in the State of Georgia and the City of Atlanta," Barrington-Ward said.

Public and private agencies are trying to keep up with what they are saying has been an increase in homelessness in Atlanta during the pandemic, by nearly 30%.

11Alive is working to reach the governor and the mayor of Atlanta, to find out what happened to the people who had been living under the interstates, and whether they were offered shelter and other services.