The organization said in a recent statement that the removal of monuments and memorials to any U.S. veterans is an act of terrorism and an attempt to erase history. 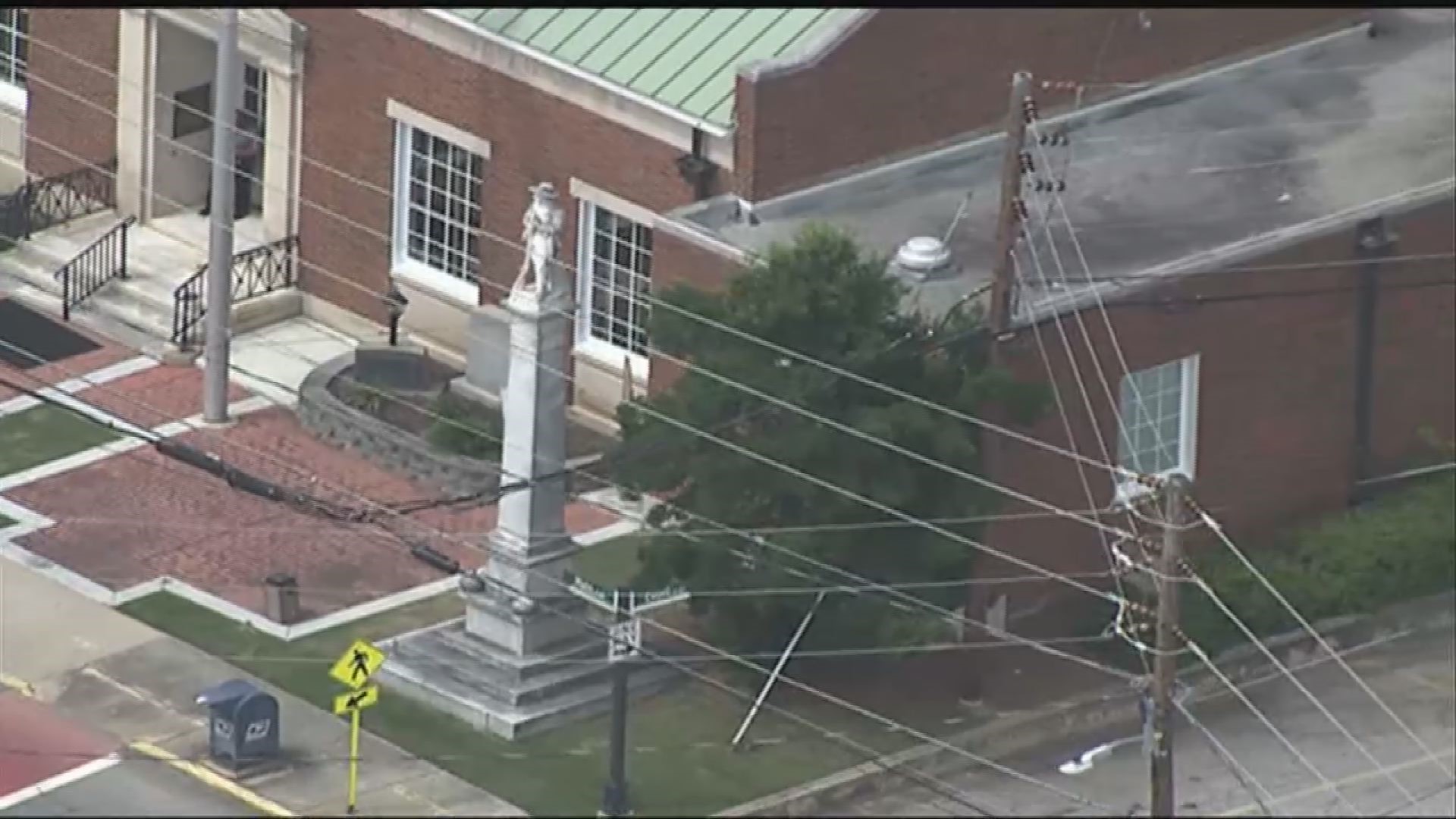 ATLANTA — A Georgia group is reiterating its strong opposition to the removal and damage of monuments in the state, calling such acts terrorism.

The Georgia division of the Sons of Confederate Veterans shared a statement made just days earlier by the Georgia Attorney General which provides the full law regarding monuments and the consequences for violating it.

Essentially, the law makes it illegal to remove monuments, including those for Confederate soldiers, from the grounds where they were originally placed - even by elected bodies who otherwise control that land. The law makes some allowances for repair, upgrades, and construction but requires they be moved back to their location afterward.

The law also protects public and private monuments from various forms of damage and vandalism and makes it unlawful to obstruct or hide them.

This has become a point of contention as monuments around the country - and in Georgia - become the center of a push for removal. In Georgia, the main focus of such movements has been Confederate memorials and obelisks.

And while critics refer to them as reminders of an oppressive past in the South, the Sons of Confederate Veterans and other organizations say they are a part of the region's history and culture.

Following the disclosure of the law protecting monuments, the Sons of Confederate Veterans shared their strong opposition to the destruction of monuments in Georgia - Confederate or otherwise.

In part, the organization said:

"We hold the services and sacrifices of our American veterans to be sacred and any acts against these heroes and patriots should be deemed by all patriotic Americans as an act of terrorism, equivalent to the atrocities performed by the Taliban and ISIS to erase the heritage and culture in their region."

The organization also opposes "in the strongest terms possible the removal, renaming, modification or reinterpretation of any monument, memorials, or the names of streets and governmental institutions named after and the honors voters of any conflict or the Founding Fathers and Historical figures."

The announcement comes as other groups in the country demand the removal of monuments to founding and famed figures of the United States who also owned slaves such as Thomas Jefferson and Frances Scott Key.

The organization goes on to say that many of the memorials across Georgia were placed over 100 years ago by "mothers, wives, daughters, and sisters of Confederate veterans" to honor them.