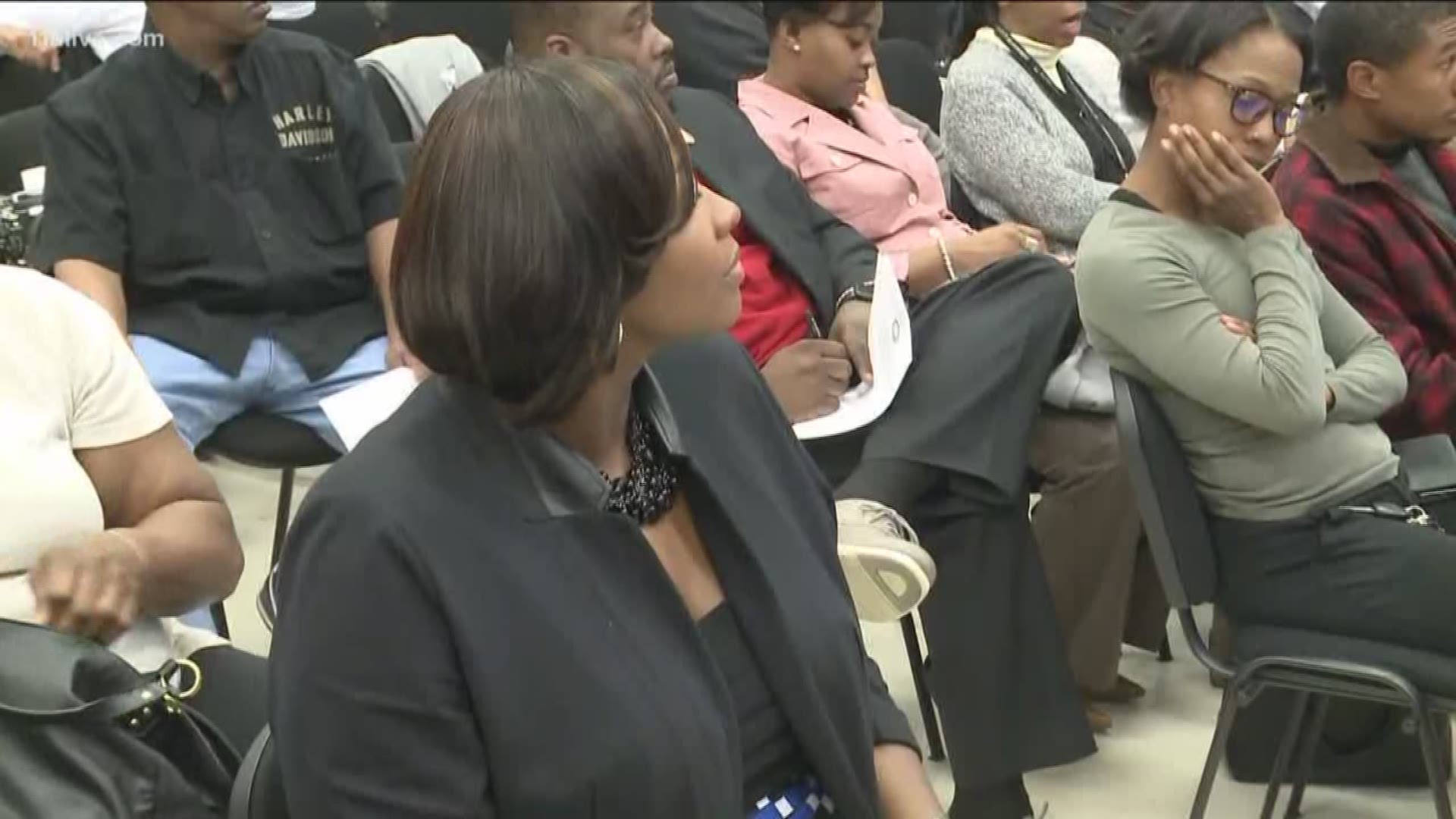 SOUTH FULTON, Ga. -- She attracted national attention thanks to a viral picture and the hashtag #BlackGirlMagic, but now South Fulton’s first chief municipal court judge has been fired.

The now-former judge, Tiffany Sellers, reached on-line fame last year when she posed for a photograph with seven other African-American women as part of the leadership of the new City of South Fulton. The photo, published in Atlanta Voice last June, went viral for showing a law enforcement and court system led exclusively by black women in a city less than two years old.

Tuesday afternoon, the City Council of South Fulton voted 6-1 to remove Sellers from her post, after two court employees went on record to accuse her of bullying and mistreatment.

It's been an on-going issue, causing months of rancor between Sellers’ critics and supporters. The veteran attorney was praised as a progressive on the bench, but blasted by others as divisive and hostile off the bench.

At a public hearing before the City Council vote Tuesday afternoon, Sellers spoke in her own defense, pointing out that the petition against her does not accuse her of violating any laws.

"The petition is simply a listing of inadmissible hearsay statements aimed at creating a false narrative to attack my character and undermine my leadership," Sellers said. "With regard to the accusations of a disgruntled former employee, let me be clear: I am not a bully. And any claims to the contrary are slanderous and false."

Council Member Helen Willis said she used to be one of Sellers’ supporters – until, she said, two court employees went on record with accusations against Sellers’ leadership.

Sellers told 11Alive News moments after she was fired that she expected the city council to vote against her, believing the members had made up their minds prior to the hearing.  She said she has already started the appeal process in Fulton County Superior Court.  One of her objections is that she never got a formal hearing, with witnesses under oath who could be cross-examined.

At Tuesday's public hearing, Sellers' accusers did not show up to speak, and no one from the public spoke in support of her ouster.  More than a dozen people praised Sellers, asking the council not to fire her.

The city council went into Executive Session to discuss the issue in private, and after about 30 minutes went back into open session to cast the votes against Sellers.

Under her leadership, the court was established within 40 days and has processed nearly 2,000 citations since Jan. 2018, according to the city of South Fulton website.

Sellers was not an employee of South Fulton, she was under contract--to serve as Chief Municipal Court Judge through 2021, at an annual salary of $135,000.

A native of Paterson, New Jersey, Sellers was hired by Thomas Kennedy Sampson & Tompkins, LLP, the oldest minority-owned law firm in Atlanta. She eventually went on to open her own practice specializing in liability and medical malpractice defense, according to the city.

Sellers has also won several awards, including the 2018-2019 Law and Justice Woman of the Year Award. She was a 2018 Atlanta Women of Distinction finalist and one of POLITICO’s 2018 Women of Impact.