Police say the clerk was fortunate to be surrounded by the bulletproof glass. 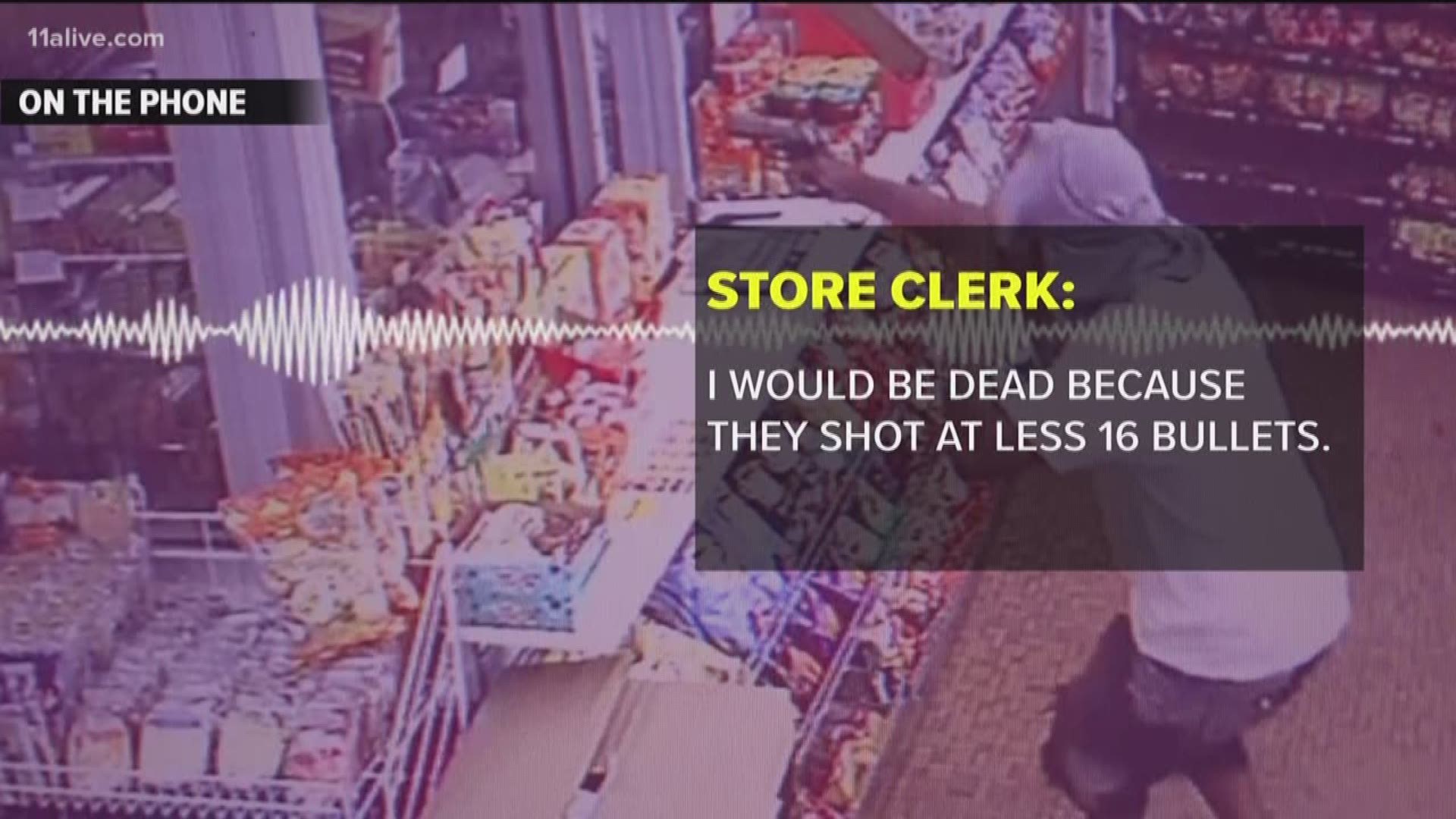 ATLANTA - Police are searching for suspects after an attempted armed robbery at the Big Brother Grocery Store late Wednesday night.

According to police, two black males walked into the store located on 1193 Lee Street at 11:00 p.m. They were both wearing white T-shirts over their heads and immediately started firing their handguns, according to Atlanta Police Overnight Commander Captain Andrew Senzer.

"They were running they just running into my store," the clerk said. "But they already had a gun in their hands and they came like to the counter and said open the door so I just moved aside and they started shooting." 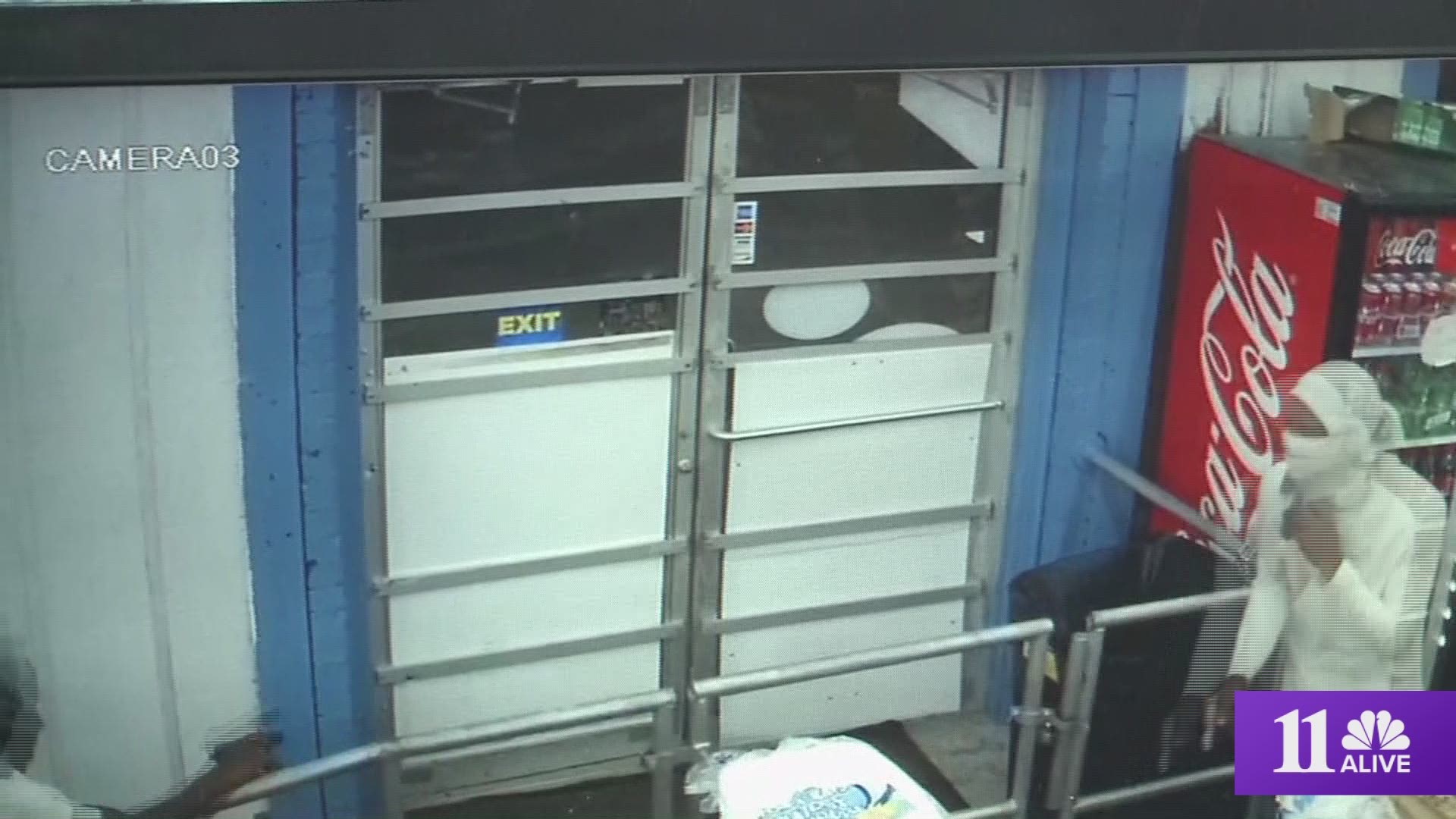 The clerk area was protected by bulletproof glass so the clerk was unharmed. The clerk did, however, have a gun behind the glass but was frozen with fear and never used it. One of the suspects did attempt to open the door to enter the clerk area, but was not successful.

"Very dangerous and violent situation. Both these suspects should be considered highly dangerous," Captain Senzer said. "The clerk was very fortunate that he had the protection of the glass and that the door was not open at the time."

The clerk told 11Alive he would be dead if it wasn't for the glass.

Police believe at least 10 shots were fired. After the shooting, the suspects fled the store on foot.

Surveillance video reveals the frightening moments when the clerk was basically trapped in a box as both suspects shot at the bulletproof glass.