President Mary Schmidt Campbell said that Spelman "ran like a river" through the life of Dr. Jane Smith. 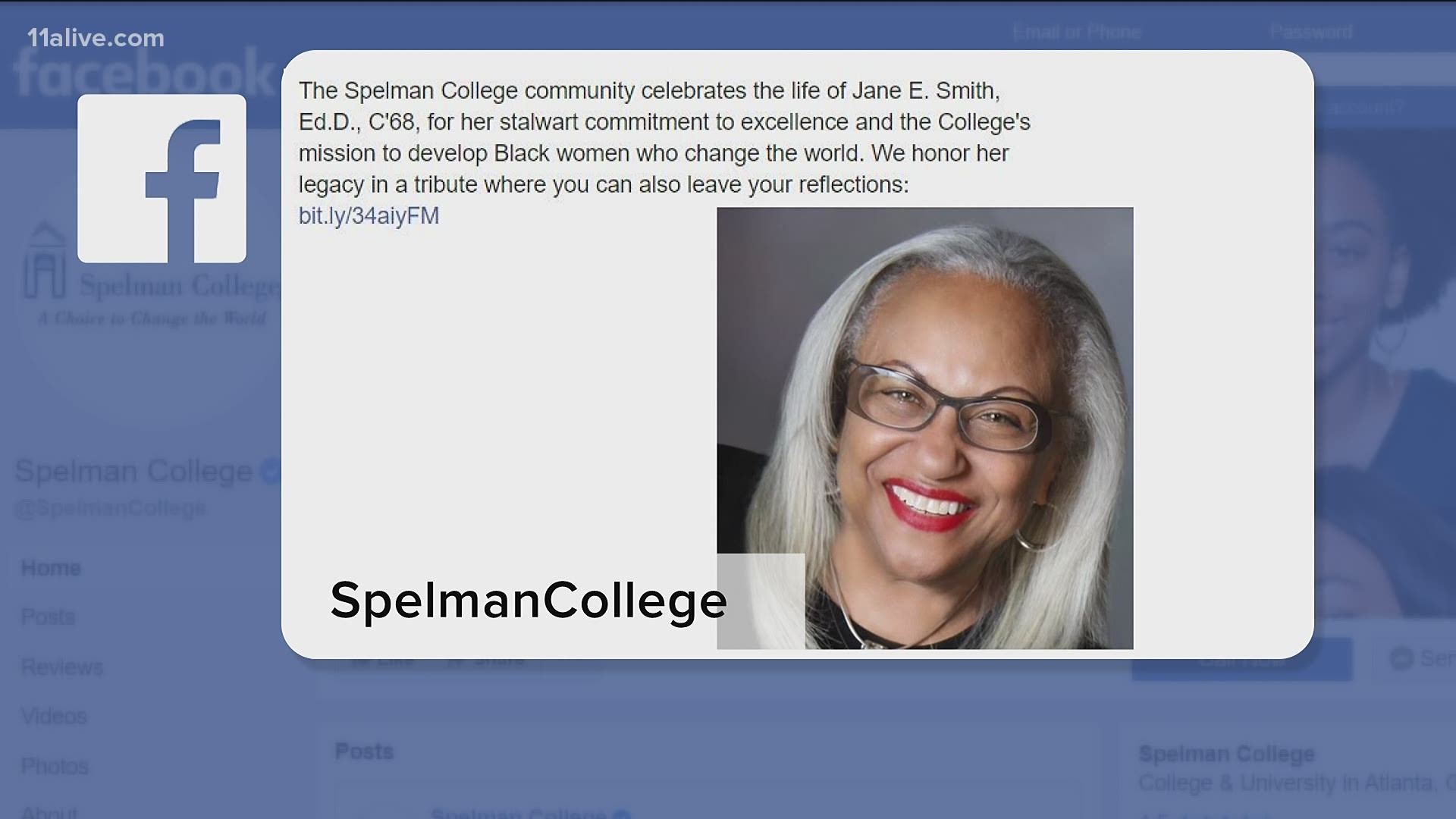 ATLANTA — Spelman College students, faculty, and alumnae are saying a heartfelt farewell to a mentor who saw the college through four presidents and who became a beloved and respected member of its community.

President Mary Schmidt Campbell said that Spelman "ran like a river" through the life of Dr. Jane Smith, tracing her ties to them and also to Friendship Baptist Church where, in the 1880s, the Atlanta Baptist Female Seminary would begin in the basement but evolve into one of Atlanta's most well-known colleges.

"When I first came to Spelman, Jane invited me to the groundbreaking of the new Friendship Baptist Church," Campbell said. "That day, I knew that I was in the company of an exceptional Black woman."

It was a sentiment shared by the campus community at large and other past presidents, who learned over the weekend that Dr. Smith had died after a brief battle with cancer.

Her ties to Spelman began when her parents placed her in the college nursery school and continued in 1964 when she returned as a sociology major - immediately following the sit-in era of the Civil Rights Movement.

Her life and career took her to many places and positions ranging from the chief executive of the National Council of Negro Women to leadership positions at The Martin Luther King Jr. Center for Nonviolent Social Change and the Carter Center, according to a remembrance shared by Spelman.

But her life would remain tied to the college that had been so influential for her and where she would herself be so influential. Part of that tenure included four years as the vice president for College Relations where she remained until her retirement in 2019.

"We celebrate the life and legacy of our sister, Dr. Jane Smith, C'68. Her spirit represents Spelman personified," the Atlanta Chapter of the National Alumnae Association of Spelman College said in a statement. "Her very presence and bright smile commanded the attention of everyone in the room. Her intellect, infectious laugh, and ability to tell a story was captivating."

The association also spoke of her work alongside presidents Jimmy Carter and Bill Clinton, her non-profit leadership, her influence as a public speaker, and her importance as an educator who "prepared women formally and informally to demonstrate their remarkable significance and have the confidence to claim their space in the world."

"We will carry on in the traditions for which she has taught us; handle our business, our relationships, commit to our alma mater and the world as Spelman women.," the letter said.

In lieu of flowers, the Alumni Association is joining in the message shared by Dr. Smith's children that the public consider a donation in her name to establish an endowed scholarship at Spelman in her honor.