Collins marvels at her son’s love for numbers and music. Both traits he inherited from the sperm donor that helped give him life. She was told the donor was a musician with a college degree and a genius IQ.

“He started paying attention to road signs, making note of ‘Mummy you’re going over the speed limit,’ at ages that most kids are still learning to talk,” recalled Collins.

In reality, Max’s biological father was convicted of burglary and diagnosed with bipolar schizophrenia, which has about a 10% chance of being inherited by his offspring. And it’s believed he has many offspring.

According to court records and emails, the donor has at least 36 children, scattered in 5 states and 3 countries. 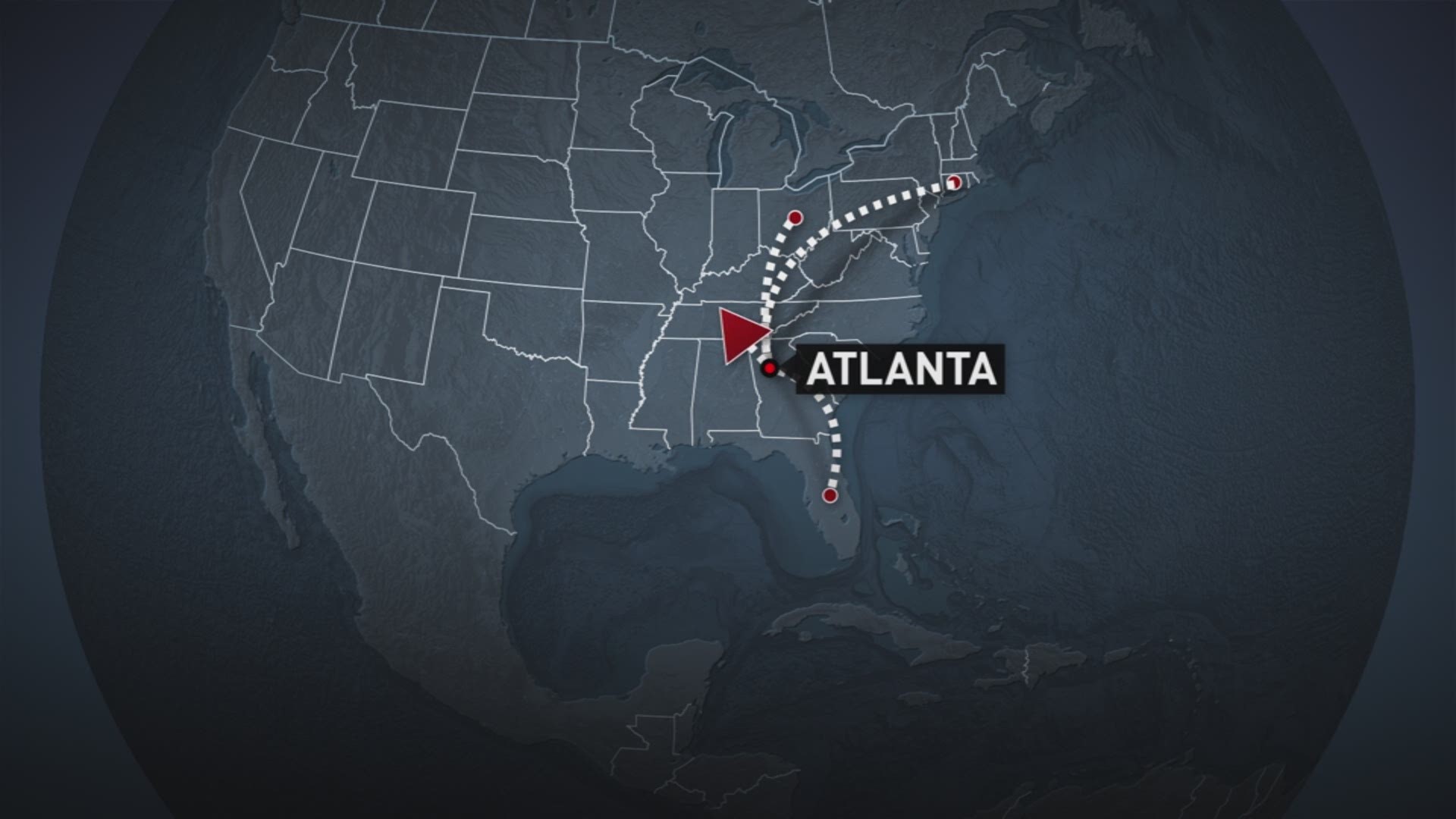 In an open letter to its clients and the community, Xytex says it meets all industry standards and vows to vigorously defend itself against the claims. 11Alive tried to reach Xytex several times directly for comment, but received no response.

Of the families attorney Nancy Hersh has been in touch with, she says none were provided updated information about the donor from Xytex.

“Some governmental entity needs to begin to regulate this industry. Whether it’s through legislation or the FDA,” said Hersh.

When Angie Collins decided she wanted to be a mother she researched cryobanks – reading countless claims of “unsurpassed quality” and donors recruited from world class universities like “Stanford, Harvard and MIT.”

“In their literature they’ll state stuff like comprehensive medical examination is being performed, yet they don’t even ask you age, height, weight, blood pressure or pulse,” said Collins.

1 / 6
"Max" (name changed to protect his privacy) was fathered by an anonymous sperm donor in Georgia who lied about his medical and criminal history. (Photos courtesy of family)

"People hear this story and they think it’s an anomaly, like my god this happened one time. But it’s these kinds of stories that we hear all too frequently on the DSR,” said Wendy Kramer who founded the DSR. It stands for Donor Sibling Registry.

Kramer started the website to find her son’s donor and now has 53,000 other members – donors, offspring and parents who not only want to connect – but share valuable medical information.

Kramer has conducted several peer reviewed studies and surveyed sperm donors that participate in her group to help learn more about the industries strengths and weaknesses.

To determine eligibility, the FDA requires sperm banks to screen the donor for a variety of communicable diseases. That’s it. No criminal background check. No education verification. No genetic screenings. No doctor’s note – verifying the donor’s health.

“It makes smoke come out of your ears, it is so disturbing,” said Kramer.

“This is the kind of fatal heart condition you hear about with kids out on a high school football field doing practice where they drop dead. So the first symptom is death.”

That’s why in January, Kramer filed a citizen’s petition with the FDA begging for change. The FDA is taking comments from the public as it decides whether this is a serious enough issue with community or industry support to investigate.

Several parents who have already commented say they too found “inconsistent information” in their donor profiles. One medical professional told the FDA “puppy breeding is more regulated.”

Out of interest, 11Alive checked the requirements for puppy breeders. Both must be licensed if they want to have a certain sales volume. Both are inspected with a focus on safety and cleanliness. The difference seems to come in the fact dog owners want to brag and are open about their puppy's lineage so claims of parentage are often better tracked. If you are told contractually you are buying a pure bred and later find out that's not the case, you have strong case in court.

But since sperm banks don't make any such promises, and in fact many like Xytex openly tell you they do not verify the information provided, it's harder to make the case.

Since you aren't allowed to meet or vet the donor on your own, it boils down to trust, hence the call for more regulation.

Many families want a registry of donors so that they can’t skip between sperm banks and they want a limit on how many children can be conceived by one person.

“We know of quite a few Xytex groups of half siblings that are over 100,” said Kramer.

Kramer argues that distorts the gene pool, even more so when the donor passes on a rare or serious hereditary illness.

Donors are asked to fill out paperwork about their health history, including mental health, but they are not required to meet with a doctor or to submit records to support their claims. The testing required before sperm is sold to create a human life, isn't any more extensive than a blood donation.

In 2012, the American Society for Reproductive Medicine published recommendations for sperm and egg donations.

"Psychological evaluation and counseling by a qualified mental health professional is strongly recommended for all sperm donors. The assessment should include a clinical interview, and where appropriate, psychological testing."

Collins has another recommendations.

“You need to be doing annual criminal record checks. Our guy was in the system for 14 years, at five years in is when he committed a felony.”

There are nearly a dozen lawsuits from parents trying to hold the industry accountable for claims they now feel were inaccurate. Collins first case, filed in Fulton County Superior Court, was dismissed. But not before Judge Robert McBurney wrote:

“The direction from the higher courts and the legislature is clear – perhaps a half-step behind today’s science, but clear; until the law is changed, it controls the outcome of this case.”

*Name changed to protect the identity of a minor at the request of parents.