Stacey Abrams believes the country would elect her as president some day: Report

When Abrams was asked if she thought the county would elect her as president in the next 20 years, she replied with a yes. 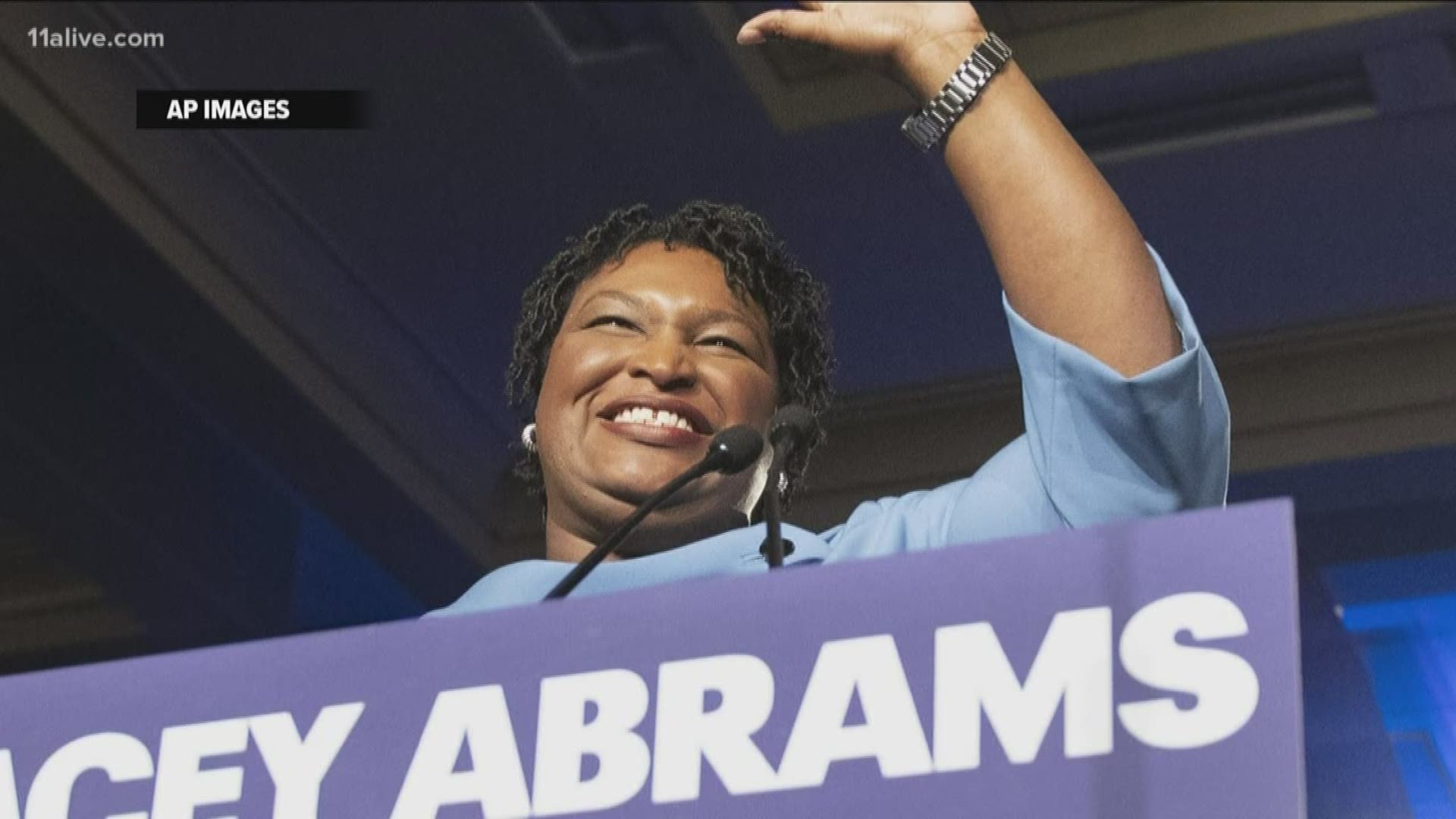 ATLANTA — Stacey Abrams is no stranger to politics. The Georgia Democrat has served in the state and was put in the national spotlight when she ran for governor in November 2018.

Although she received major name endorsements from people like former President Barack Obama, she lost the gubernatorial race to then-Secretary of State Brian Kemp. However, her work fighting for equal voter rights and other issues hasn't stopped.

And she doesn't seem to be slowing down anytime soon. In a recent article published by FiveThirtyEight, journalist Clare Malone outlined some of the questions she asked Abrams during an interview.

One of them pertained to a possible presidential bid.

When Abrams was asked if she thought the country would elect her as president in the next 20 years, she replied with a yes.

Abrams' possible ambitions to help Americans beyond Georgia has been put into the spotlight before.

Just last year, many wondered if she would run for retired Sen. Johnny Isakson's seat, but in a video posted on her social media accounts, she said she would not run.

But the Senate seat is not the only spot in Washington that others have mentioned along with her name in conversations before.

When the journalist from FiveThirtyEight asked Abrams about her sentiments concerning others mentioning her name as a potential pick for vice president "as a way to ‘balance out’ a white nominee", she replied, “I accept that I exist in the political zeitgeist in a very specific way."

RELATED: Stacey Abrams book on voting rights to be published in June

In 2019, there was speculation that Abrams could possibly join Joe Biden as a running mate as he campaigns for president. However, her former campaign manager shot down those claims back in March 2019 saying that the "rumors about discussions on a pre-cooked ticket are false, plain and simple."

But, just a few weeks ago, former presidential hopeful and U.S. Senator Cory Booker of New Jersey, went even further to say that Abrams should be on every Democratic presidential candidate's shortlist for vice president.