Her father said Kia Thomas is back in class after being grazed by a bullet during a block party Tuesday night. 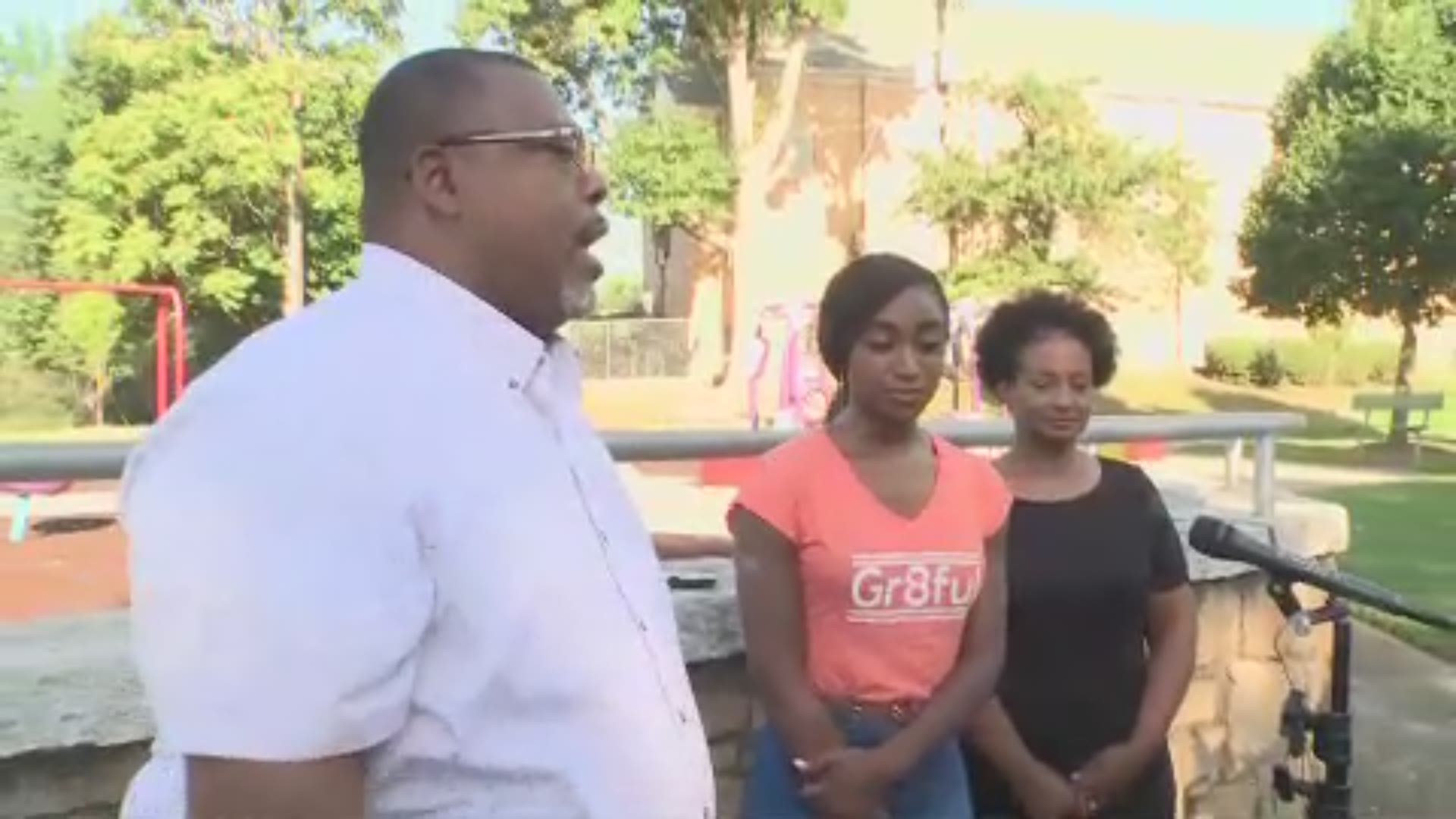 Kia Thomas, a 19-year-old star volleyball player at Clark Atlanta University, is back in class after being shot at a block party in front of the Atlanta University Center Robert Woodruff AUC Library Tuesday night.

The father of the 5'7" volleyball player said that she was grazed by a bullet during a shooting that left her and three others with gunshot wounds.

"I'm doing as well as a father can do after someone shooting his daughter. You know I'm just thankful that my daughter is strong and determined. That really helps me," Kevin Thomas, Kia's father, said.

Kevin Thomas confirmed that she is still on the volleyball team and that the injury will not impede her performance. He said she received a full ride to the university for her stellar volleyball skills.

The Northgate High School grad won athlete of the year as a freshman at Clark. Her skills also led her to become the Southern Intercollegiate Athletic Conference, better known as SIAC, MVP and she also made the SIAC all conference first team.

Police have released video of the suspect they are looking for in connection with the crime. The man is described as wearing a white t-shirt, gray sweat pants, a tan Gucci hat, and gray New Balance sneakers.

"Our prayers are with the students recovering from their injuries at Grady," Kemp Tweeted.

Atlanta Mayor Keisha Lance Bottoms also delivered a statement saying "we as a community will continue to work...to take meaningful action to keep our campuses safe."

'It's a shock, it's surreal': Witnesses, leaders, schools react to AUC shooting