Adams, 21, died last month after collapsing sometime late Saturday, March 23 and subsequently being rushed by friends to a nearby hospital, according to Atlanta police. 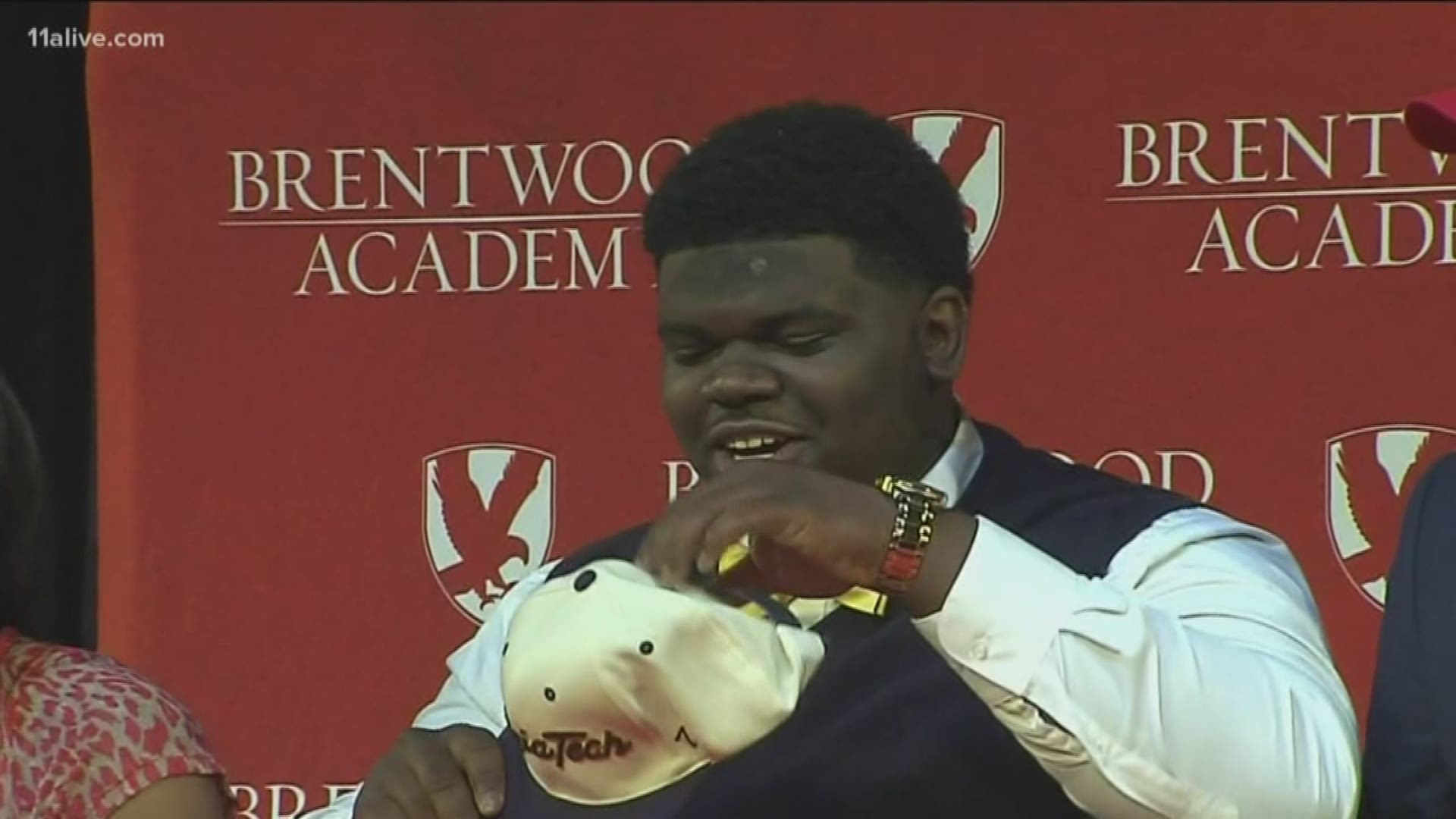 ATLANTA — A Georgia Tech student-athlete's death is grabbing the attention of state lawmakers.

Adams, 21, died last month after collapsing sometime late Saturday, March 23 and subsequently being rushed by friends to a nearby hospital, according to Atlanta police.

The 6-foot 2-inch, 325-pound senior was often referred to as a rising star at the research university. He started playing defensive tackle as a true freshman in 2016.

RELATED: Fallen Georgia Tech player remembered as a football force on the field and a renaissance man off it

An Atlanta Police report shows Brandon Adams' friends were with him in the garage of 154 Centennial Way - a condo not too far away from the Georgia Tech campus.

The report, citing witnesses, said they were practicing step dances and took a water break. That's when Adams allegedly went to drink some water but ended up falling backward, hitting his head on the ground and starting to convulse. He was taken to Emory Hospital.

The police report said that, "based on the information proved by Georgia Tech Police, Mr. Adams' passing appeared to be natural and that there was no apparent foul play involved."

His funeral was held on March 30 in his hometown, Brentwood, Tennessee.

School officials said Senate Resolution 512 states "the State of Georgia mourns the loss of one of Georgia Tech’s most distinguished student-athletes with the passing of Brandon Adams” and that the members of the State Senate “join in honoring the life and memory of Brandon Adams and express their deepest and most sincere regret at his passing.”

The rising senior was a business administration major who served as an intern at the world-renowned Georgia Tech Research Institute last summer.

"Not only was he talented athlete on the field, he was such a positive guy off the field.

Football Coach Geoff Collins said in his short time knowing Adams, one of the things he noticed was that he had a genuine love for others.

"The stories could go on and on about what a special young man Brandon was," he said.