The state said it believes BD should be shut down until it has taken action. 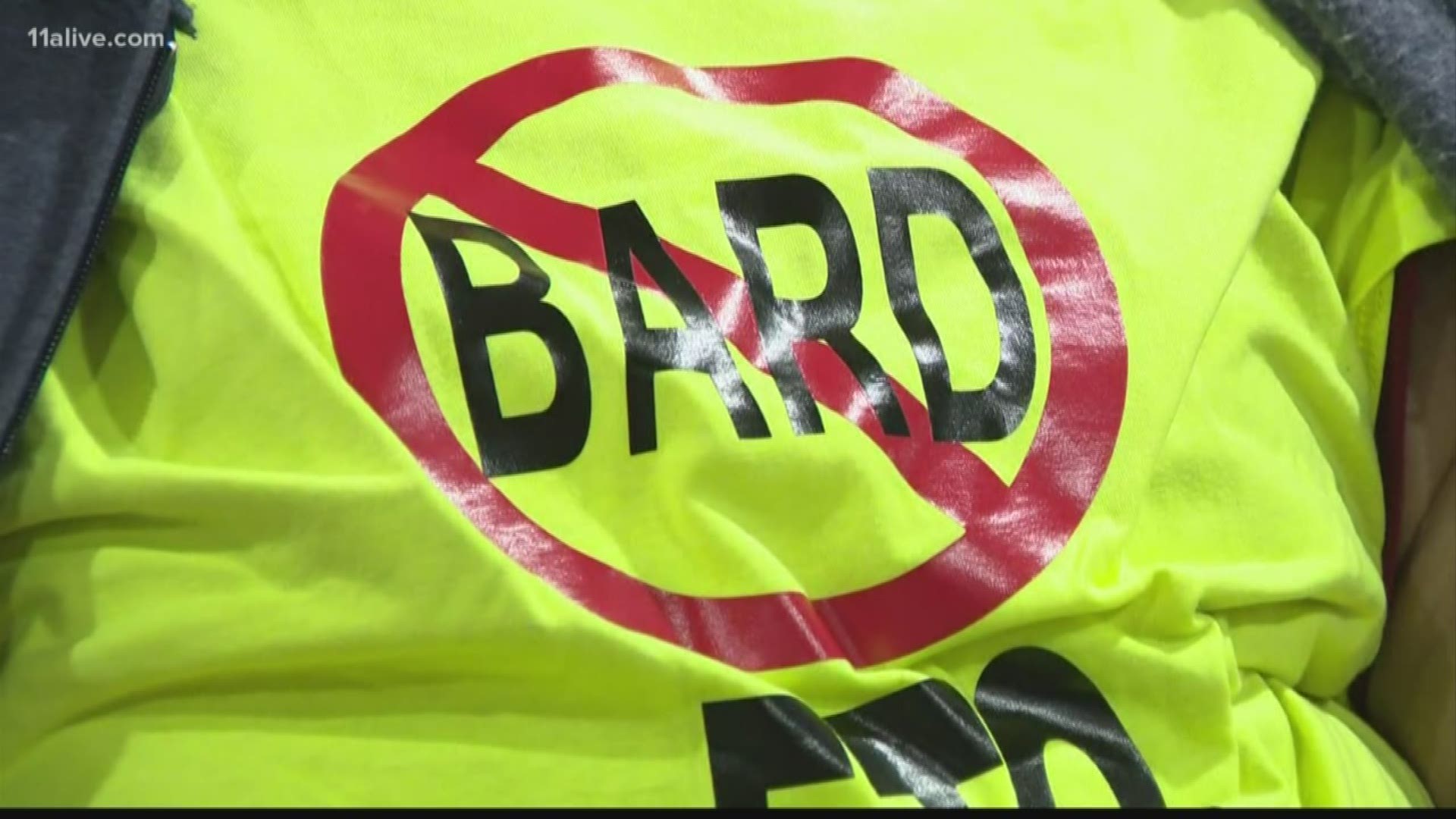 COVINGTON, Ga. — After medical sterilization facility, BD said it would not be closing, the state announced it will take steps to force them to temporarily shut down.

In a statement, state Attorney General Chris Carr announced his office has filed a complaint on behalf of Governor Brian Kemp and the state Environmental Protection Division to temporarily stop operations at the BD facility.

The Mayor of Covington had already requested BD to shut down until changes were made. Monday's legal action by the state will now likely make that happen with or without the facility's cooperation.

“After months of failed negotiations, empty promises, and misleading reports of ethylene oxide leaks, we have filed a Temporary Restraining Order to suspend operations at BD in Covington," Kemp said in a statement.

"Our top priority is the health and well-being of Georgia families," he continued. "This measure is necessary to ensure transparency and prevent behavior that threatens the safety of employees and the community."

The attorney general said it is basing the complaint off information that the facility, which emits a know carcinogenic gas called ethylene oxide during the sterilization process, experienced a leak over the course of a week.

The leak "negligently" allowed the release of 54.5 pounds of the chemical gas between Sept. 15 and Sept. 22, in violation of the Georgia Air Quality Act and the Rules for Air Quality Control, according to state officials.

The state blamed the leak on the "lack of diligence and prolonged operator error rather than an equipment malfunction."

In addition, the state said BD has "failed to take all responsible precautions to prevent fugitive emissions of ethylene oxide in a timely manner."

As such, the state said it believes BD should be shut down until it has taken the following actions:

1. Trained all technicians on the proper operation of all valves in the facility;

3. Installed necessary pollution control equipment to capture fugitive emissions of ethylene oxide at the facility and route them to a control device with at least 99 percent efficiency.

"Today’s action by the state of Georgia is a result of BD’s lack of response to these recent violations," the statement said. "Despite Governor Kemp and EPD’s attempts at continued, transparent communication, the state believes that BD has failed to be a cooperative partner and has not demonstrated to EPD that it has made progress toward reducing ethylene oxide emissions at its Covington facility."

With this move, BD will join another sterilization facility - Sterigenics in Cobb County - that has stopped operation amid scrutiny.

RELATED: Why is BD still open while Sterigenics is closed?

Sterigenics voluntarily closed down in late August to start installing new technology to limit emissions. During that time, Cobb County officials discovered the plant was operating under an outdated permit. The county is requiring the facility to remain closed until the plant can meet code requirements. It's not clear when that will happen.

BD asserts there are no risks that would necessitate them to close the Covington Plant. In a statement to 11Alive BD reiterated its claim that it is operating in full compliance with its permits and called the legal action "unnecessary." They also blasted the governor and the EPD for what they called aiding "consistent misunderstanding and misplaced public hysteria about ethylene oxide."

The full statement is below:

"BD is a safely operating company that is in full compliance with its permits, has proactively adopted the most advanced and best available technology and is emitting a fraction of its allowable limit. The Attorney General’s action is an unnecessary move given the company’s high level of cooperation and is inconsistent with our continued dialogue with the state to implement voluntary improvements at our Covington facility. We are concerned about the risk the State of Georgia’s actions poses to the patients our products serve in Georgia and nationwide.

We will vigorously defend the company and patients’ ability to access critical medical devices using science-based evidence to ensure that patients are not harmed from unnecessary decisions by the State of Georgia that are not based on sound legal or scientific grounds.

We have been in discussions with the Georgia Environmental Protection Division (EPD) since August on our voluntary investment of $8 million of improvements. Governor Brian Kemp, the Georgia EPD and Mayor Johnston are ignoring science and facts and may be creating a risk to the health and safety of patients, including the elderly and children that rely on these devices to deliver critical interventions.

The company and the technology we have used in Covington represents the best available and was recently validated by a third-party testing firm to have a 99.999% destruction efficiency. As BD stated in a letter to Governor Kemp last week, the EPD has aided consistent misunderstanding and misplaced public hysteria about ethylene oxide. This letter was the latest in BD’s many attempts over the past several months to work productively with the Governor, EPD and local officials to engage in open, productive and transparent discussions around our shared commitment to public and employee safety."