Lt. Stephanie Hollingsworth was killed in a traffic accident on Sunday evening, the sheriff's office announced on Facebook. 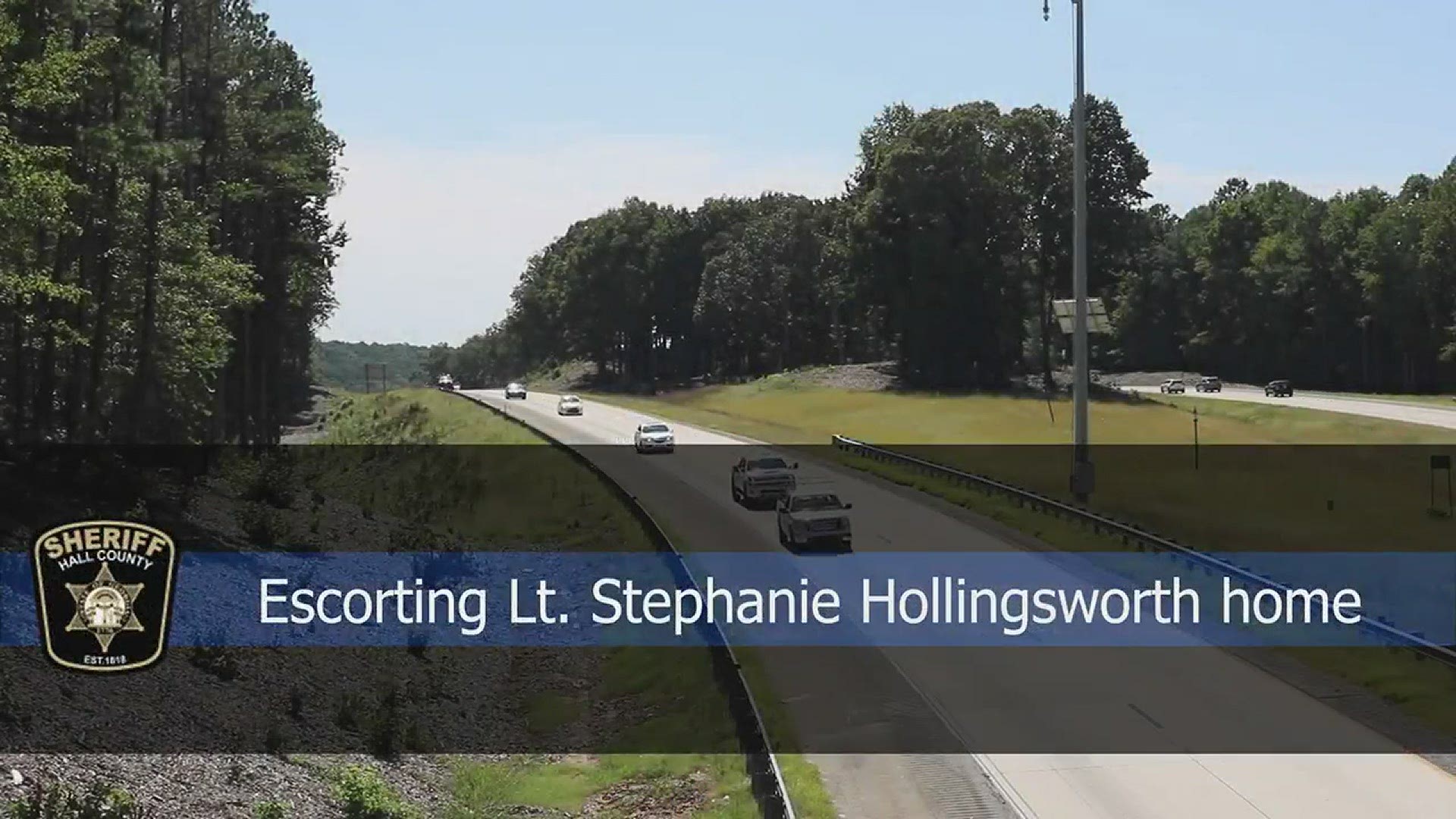 HALL COUNTY, Ga. — A woman who spent more than three decades with the Hall County Sheriff's Office serving her community has died.

Lt. Stephanie Hollingsworth was killed in a traffic accident on Sunday evening, the sheriff's office announced on Facebook. The Georgia State Patrol said the driver, identified as Tony Hollingsworth, was also injured in the crash.

“She was a dear friend and co-worker for more than three decades,” Sheriff Gerald Couch said. “We will miss her dearly and offer our prayers and complete support for her family.

The sheriff's office escorted her body back home Monday.

"News of her death was shocking and painful, but you, our community, have been and will continue to be instrumental in honoring her life and service and lifting up her family during the difficult days ahead," another Facebook post reads.

The 52-year-old began her career at the sheriff’s office in 1989 as a secretary. She was promoted to supervisor of the agency’s records office in 1993 and graduated from the police academy that same year.

In August 2002, she was promoted to Sergeant and earned the rank of Lieutenant In June of 2008, the sheriff's office said. She most recently transferred to the agency’s Office of Professional Standards, where she had served since the move in March of 2019.

In 2014, Hollingsworth achieved a perfect score on the FBI’s National Crime Information Center (NCIC) record and entry audit for the agency. She received a Sheriff’s Commendation for that achievement.

Arrangements for Lt. Stephanie Hollingsworth have not been announced yet.

Hundreds of people in the Hall County community have reacted to the news on Facebook and have left condolences to the Hollingsworth family and to the sheriff's office.

"This is so heartbreaking. We have known this family for 34 years. Holding the family in our hearts and prayers," one Facebook user wrote.

According to their investigation, a 16-year-old was traveling north on Ga. 11 when the vehicle went off the roadway. They said the driver over-corrected, crossed the center line and struck the Hollingsworth's car.

The GSP said all occupants were

wearing their seatbelts and that drugs and alcohol are not suspected in this crash.