53 employees said they were exposed to ethylene oxide while working at a warehouse where sterilized medical equipment was stored. 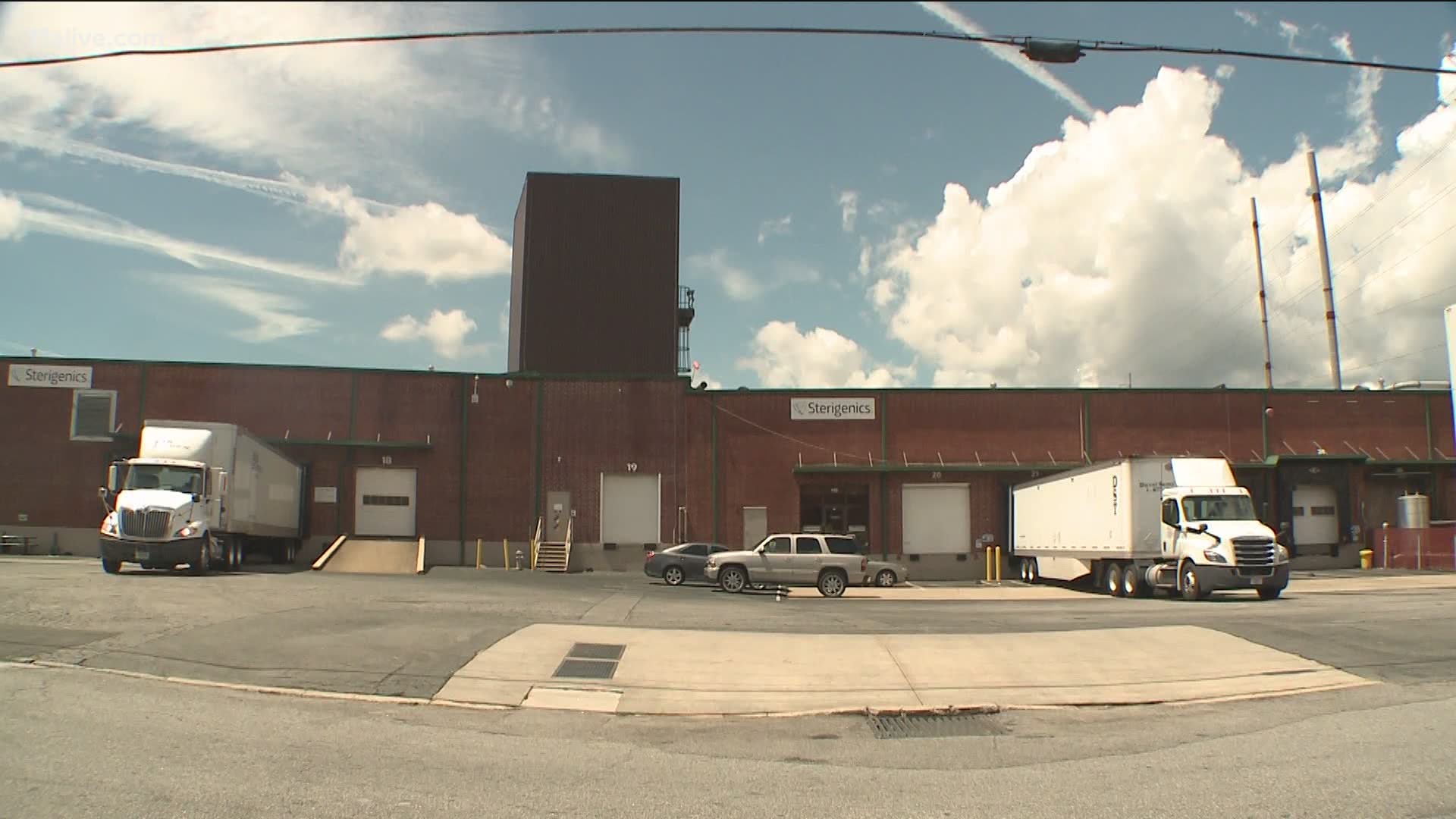 ATLANTA — More than four dozen employees have filed a lawsuit, alleging a medical sterilization company and an associated company exposed them to dangerous levels of a known carcinogenic.

The suit, filed May 19 in Cobb County, names Sterigenics, its parent company, Sotera Health, ConMed and others as defendants, and seeks damages for alleged "ethylene-oxide poisoning."

Ethylene oxide, a chemical known to cause higher rates of cancer, is used by the company that specializes in the sterilization of medical equipment.

Sterigenics came under fire last summer after WebMD and Georgia Health News broke the story that the company - and another company, BD in Covington, Georgia - was releasing the chemical into the air, unbeknownst to Cobb County residents near the facility. According to WebMD, the EPA and state regulators never released information about high-risk spots across the country.

Now, 53 employees of ConMed say they, too, were not aware of the apparent dangers of being exposed to ethylene oxide, claiming both companies knew of the risks.

Since then, at least four employees have died, many have fallen ill, including cancer, lung disease and neurological issues.

“These workers, they serve as the key link for the chain of distribution to get out sterilized medical equipment and right now especially what’s going on with COVID-19, it’s very important that these workers do this, but they could have been protected," attorney Eric Hertz told 11Alive's Andy Perrotti with The Reveal. "We should not have to get medical equipment out at the expense by the workers who are actually out there on the front line.”

Now, the employees are seeking damages because of injuries, including "deaths, cancer, tumors, increased risk and or fear of cancer, respiratory, pulmonary, epidermal, hematological, cardiological, neurological, and other serious medical conditions."

Sterigenics has fiercely disputed claims that it was operating outside of environmental guidelines, and fought back last fall against moves to close down its operations in Cobb County. However, it was forced to halt operation until it installed new safety measures to curb the amount of emissions released into the outside air.

While it was recently allowed to resume limited operations during the ongoing coronavirus pandemic, it filed suit against the county in order to be allowed to operate at full capacity, permanently.

11Alive has reached out to both companies for a response to the lawsuit early Wednesday afternoon. In a statement, Sterigenics said it was not responsible for any injuries caused:

“Sterigenics and its employees did not cause any injury to the plaintiffs. The allegations asserted in this lawsuit against Sotera Health, Sterigenics and Sterigenics’ employees are baseless, and we will vigorously defend against them.

The plaintiffs are not Sterigenics employees. They are employed by another company and their claims relate to that company’s processes and the work those employees perform at that company’s facility.

The claims do not relate to Sterigenics’ state-of-the-art emissions controls at its Atlanta facility. They also do not concern its dispute with Cobb County and its officials or Sterigenics’ right to continue its operations under the court-approved Consent Order."

Editor's note: An earlier version of this story incorrectly described the lawsuit as class-action. The story has been updated.