Sterigenics says they have been working to install emissions control technology at Smyrna plant. 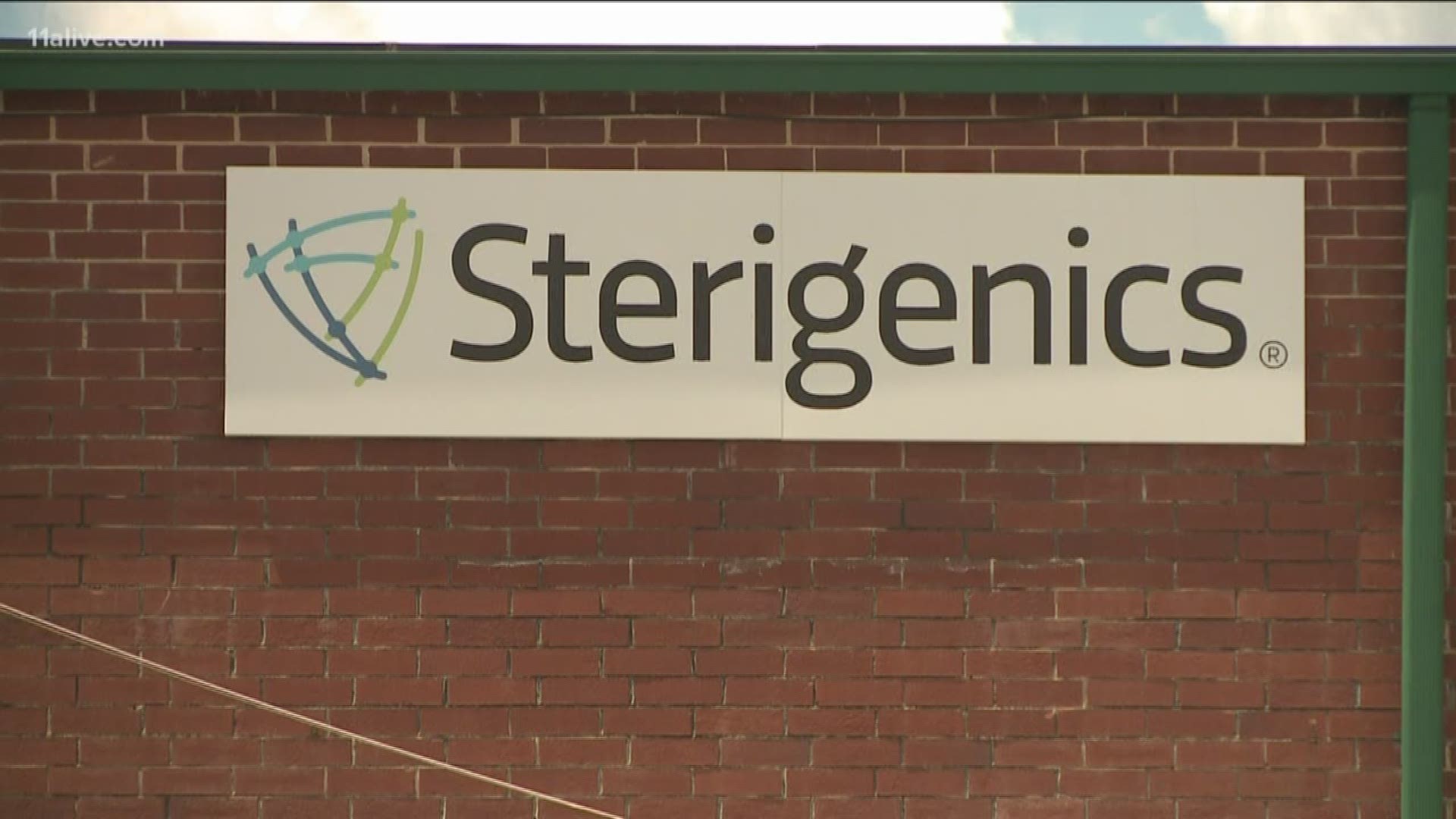 SMYRNA, Ga. — Sterigenics has issued a formal complaint through their legal counsel, Alston & Bird, regarding the county's contention that the company would not be able to reopen its Smyrna facility until and unless it passes a battery of safety checks.

Sterigenics is one of two industrial firms at the center of a nationwide controversy over the release of ethylene oxide, a known carcinogen. The release of the compound is a byproduct of the process that Sterigenics uses at its Smyrna plant to sterilize medical equipment.

Since the release of a WebMD article regarding the release of ethylene oxide this past summer, neighbors of the Cobb County facility have demanded change and lower levels of the cancer-causing compound. Similar demands eventually forced the closure of a Sterigenics facility in a Chicago suburb.

In its letter to the county dated Thursday, Oct. 10, attorneys for Sterigenics said county staff have made a number of errors in determining the occupancy status for the county, and as such, they are demanding that they be allowed to move forward with completing the construction work the company has undertaken to install "emissions control technology that provides the greatest reduction in ethylene oxide emissions available."

They further said that the technology would reduce ethylene oxide emissions at the facility to below their "already safe levels with an efficiency of greater than 99.99%."

The Sterigenics letter closes by requesting that Cobb County officials permit them to complete their work without additional delay, while promising to cooperate in any "legitimate and pertinent way related to the remaining installation of the additional emissions controls in order to finish the work and recommence its operations."

"If, however, the County continues to unjustifiably prohibit Sterigenics’ work and use of its facility, Sterigenics will have no choice but to pursue the legal and equitable relief necessary to protect itself, its customers, medical providers and patients from the irreparable harm the County is causing," the letter says, in conclusion.

Along with the pertinent Cobb County building permits and occupancy permits they cite in their letter, the Sterigenics letter also attaches a "fact sheet," which notes their position regarding the county's positions and how Sterigenics finds them to be false.

Cobb County: Sterigenics will not reopen until passing safety checks for cancer-causing chemical