Mother says son suspended for defending self from bully

A mother says her son, who has a heart condition, was attacked by classmates who locked him in a bathroom. But the school ended up punishing them all. 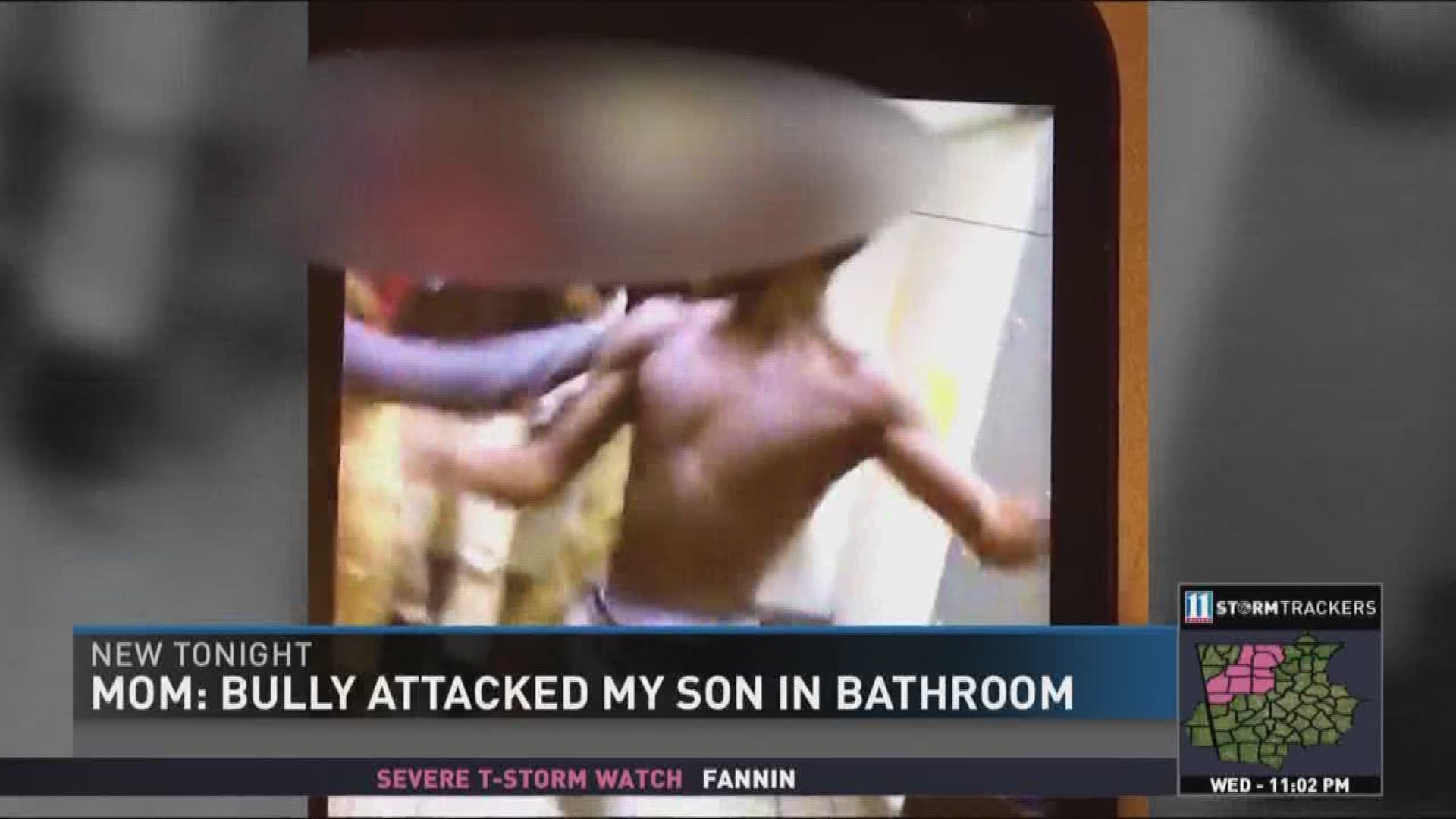 LITHONIA, Ga. -- A mother says her son, who has a heart condition, was attacked by classmates who locked him in a bathroom. But the school ended up punishing them all.

A young ninth grader said that even though it could have cost him his life due to his condition, he believes he was forced to fight.

"He came at me first," 14-year-old Travail Bennett said. "I had no choice but to defend myself."

Orders to lock the door from an unknown teen in the boys bathroom are heard in the video taken at Lithonia High School. A young man then takes off his shirt and, to the amusement of several boys recording with cell phones, he goes after Travail.

Travail said he's been bullied by the shirtless teenager since middle school. He said recently, his assailant sent threatening texts challenging him to a fight adding that he didn't want to fight, but had no other choice.

"I can't believe this is going on on school and you have to defend yourself like this," mother Lacena Bennett said.

Travail's mom said her ninth grade son can't afford to fight or engage in any strenuous activity because of a hole in his heart.

"Travail's a heart patient. He has two artificial heart valves," she said.

The DeKalb County School District didn't want to go on camera but released a statement saying in part that the incident is still under investigation. But according to Travail's mom, all the boys in the bathroom, including her son, were suspended. But his mother asks what he should have done while cornered and locked in a bathroom.

"You can stand there and not fight?" she asked. "They're going to beat you to a pulp."

The school district said it can't comment on the incident, calling it a confidential matter. Travail's mom said she may take her son out of school because she fears for his safety.