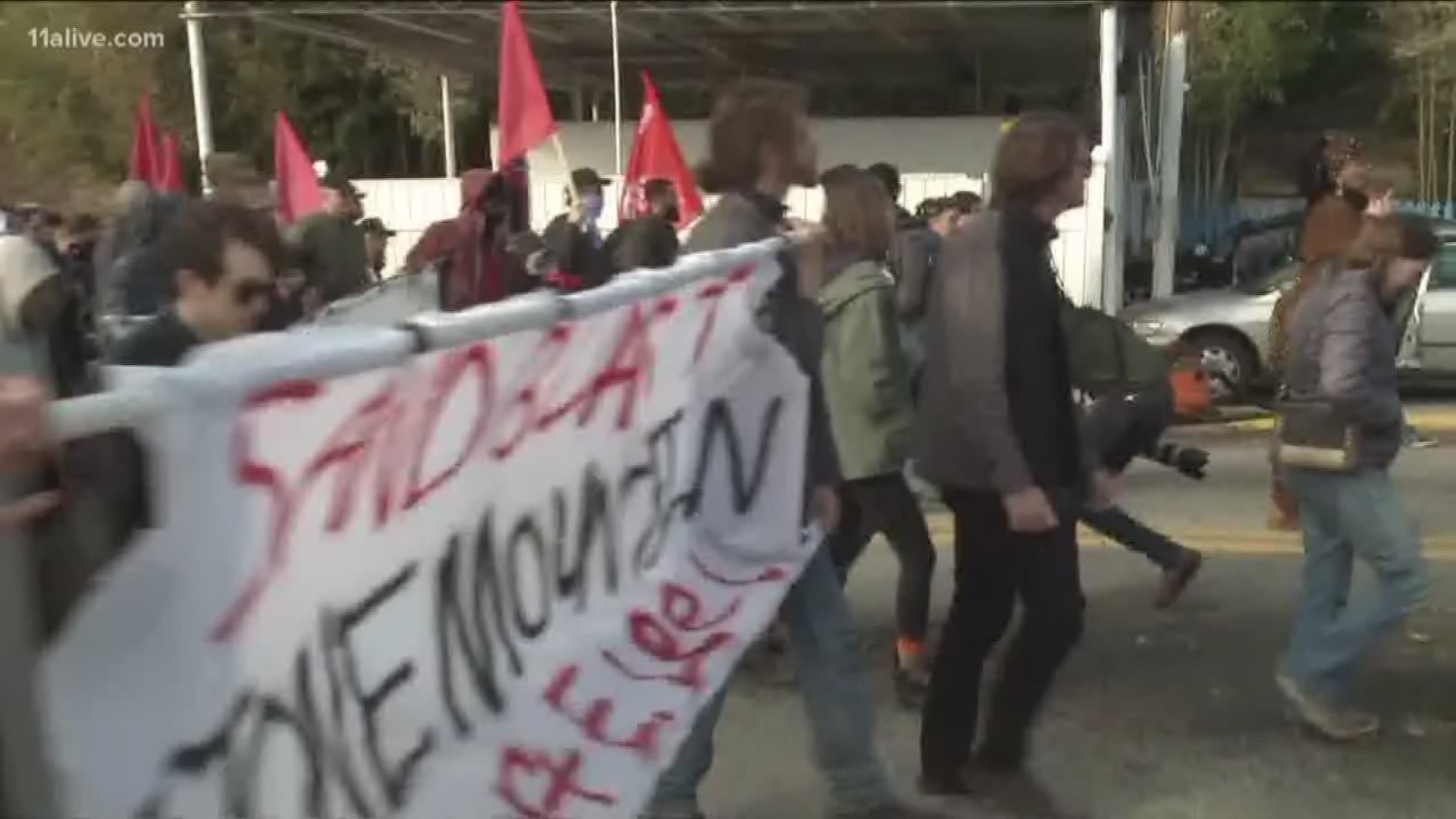 Visitors to Stone Mountain Park were being turned away on Saturday, as a result of what officials said were "security concerns."

A statement from the Stone Mountain Memorial Association said Friday night the park would be closed Saturday, meaning no vehicles or walking traffic would be permitted to enter the park.

"Only hotel and campground guests will be allowed entry and exit through the park," the statement said.

The association said state and local law enforcement are addressing the threat. This means the park would be closed on one of the biggest weekends on record for the metro Atlanta area -- Super Bowl weekend.

Saturday morning, a pro-Confederacy group which had plans to protest at the park without a permit, chose not to show up.

However, a large group of sign-holding anti-Confederacy counter-protesters showed up, also without a permit, to walk through the streets of the city of Stone Mountain not far from the park's entrance.

"We're proud to stand against the KKK and the other fascists," said one protester, speaking to 11Alive's Deborah Tuff on Saturday. "We want to show that there are more of us than there are of them."

Some of the demonstrators burned effigies of figures wearing Klan outfits and lit smoke bombs.

The counter-protesters marched for about an hour in Stone Mountain before beginning to disperse.

No arrests were reported.

This is not the first time that politics and protests have coincided over the Stone Mountain Confederate memorial.

And it became a point of contention in the Georgia governor's race when Democratic candidate Stacey Abrams announced her support for the removal of the carving in the immediate aftermath of the August 2017 riots in Charlottesville, Va., which left one person dead and dozens of others hurt.

"As governor, I will protect Stone Mountain and historical monuments in Georgia from the radical left," Kemp said then. "We should learn from the past - not attempt to rewrite it."