The closure comes as the City of Stone Mountain braces for two opposing groups of protesters who plan to demonstrate in the park. 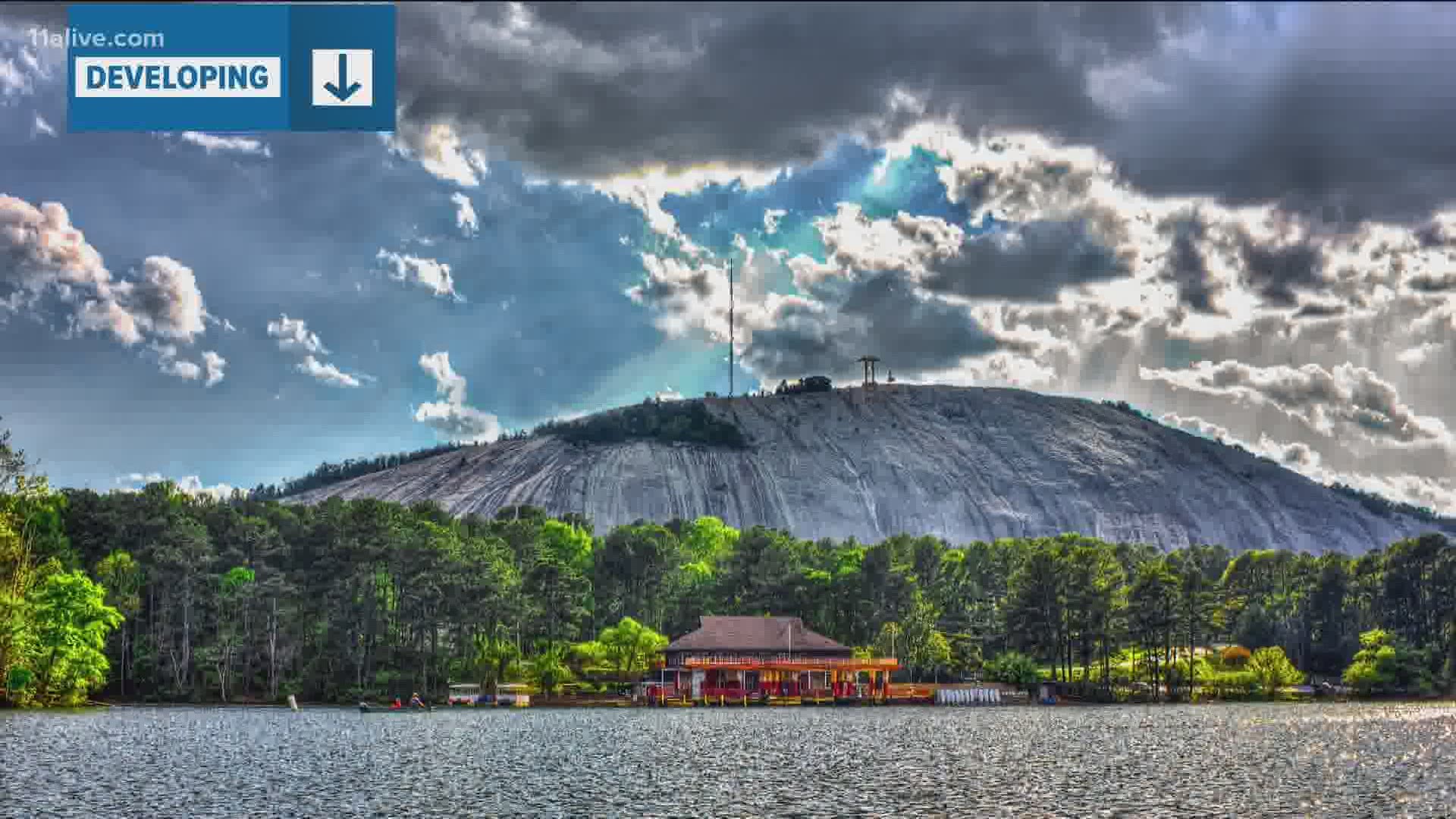 STONE MOUNTAIN, Ga. — Stone Mountain Park is being closed to the public for part of the weekend after planned protests at the state park, Saturday.

Officials with the park told 11Alive it will close Saturday, citing "security concerns" that are being addressed by state and local law enforcement authorities.

The closure comes after the City of Stone Mountain alerted residents that they anticipated at least two opposing groups of protesters who planned to demonstrate in the park.

The city said it doesn't know what to expect at this time, but "out of an abundance of caution," they are asking the public to avoid the downtown area beginning 4 a.m. until midnight Sunday and to refrain from confronting protesters.

Visitors are also being encouraged to avoid visiting the park on Saturday. It will reopen to the public for normal operations on Sunday, Aug. 16.

Meanwhile, the city said that MARTA bus services will be suspended within its limits. Officials are asking anyone who sees violence, property damage, or a credible threat to call the police.

"Please know that the City’s local law enforcement agency is managing the situation and has devised a plan for the protection of life and property. Resources are in place to respond to any disruption in peace during the event," the city stated. "Every effort is being made to ensure that any demonstrations conducted within the City’s limits are performed peacefully and without incident."

This is not the first time the Stone Mountain area has braced for possible violence. The park - which is home to a giant carved relief in the side of the mountain of noted Confederate leaders - has been a lightning rod for protests in the past.

Several times, over the last few years, groups tied to both anti-racism and pro-Neo Nazi movements have rallied at the mountain, which is also known for being the site where the Ku Klux Klan reemerged.

One such rally, and counter-rally, was held in 2016. It was later determined that the event was organized by Russian actors attempting to stoke racial tensions ahead of the contentious presidential election that year.

The park was closed to the public again in 2019 with the threat of a pro-Confederacy rally. Though the group never showed, counter-protesters did and marched through the park for about an hour before leaving.

Most recently, the park was again thrust into the spotlight when a group of armed men condemned systemic racism during a rally on the Fourth of July.