A group of several armed demonstrators marched into Stone Mountain Park on Saturday. They also parked in the City of Stone Mountain. 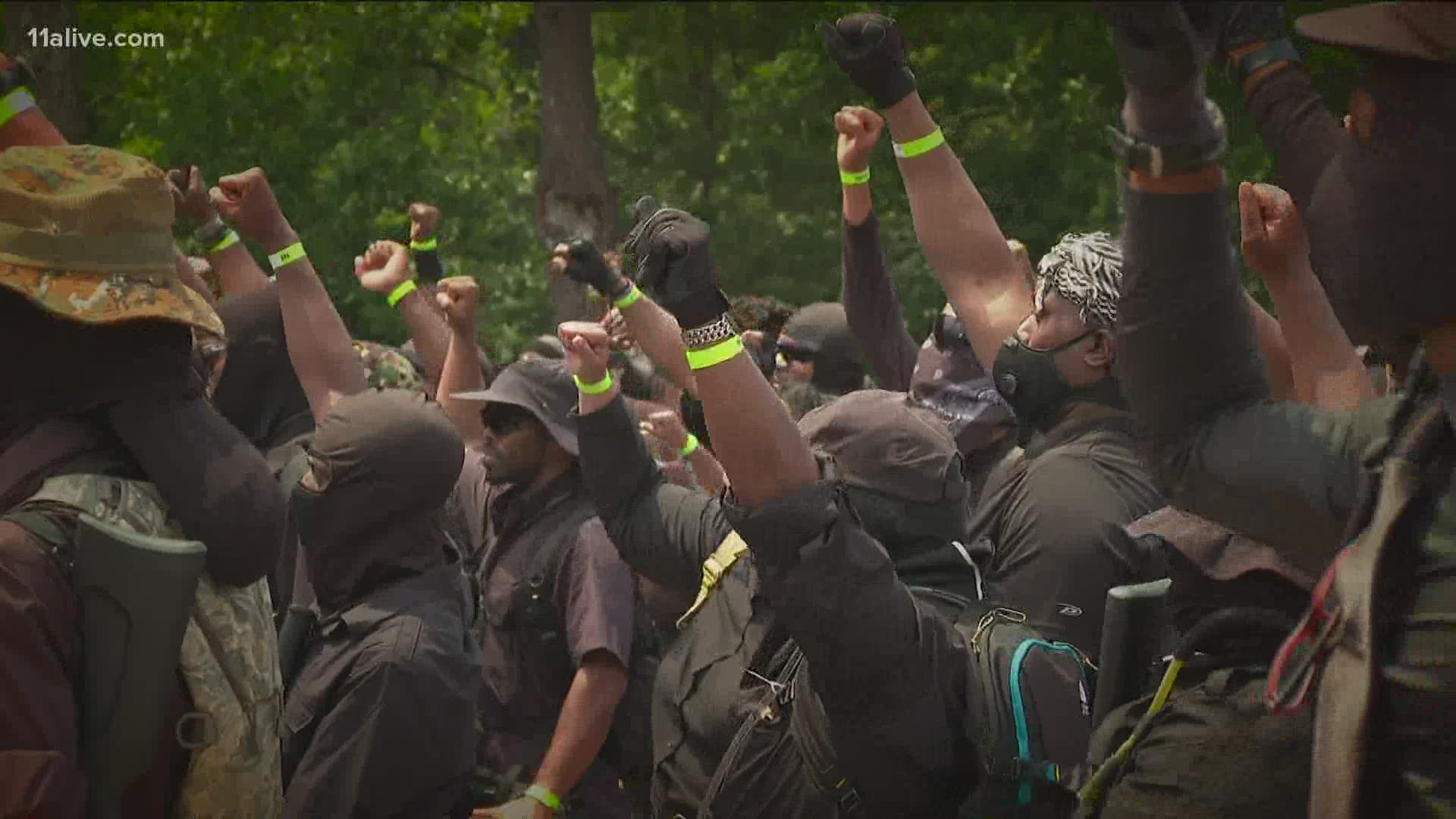 STONE MOUNTAIN, Ga. — City of Stone Mountain officials are reexamining policies after a large group of demonstrators parked in the city and marched into Stone Mountain Park over the weekend - many of them armed.

While the demonstration was peaceful and no one was arrested, 11Alive has learned the group did not have a permit to be there. The event may soon have an impact on how the park handles future demonstrations.

“When you take a city as small as Stone Mountain with our 15 officers and they are confronted with 200-plus individuals who have obviously outgunned us ... to do a peaceful demonstration we're not gonna start talking about permits and, ‘You can't come here without permits’," Public Safety administrator Thomas Brown said.

"That's a conversation we must have much later down the line," he said.

Police Chief Chancey Troutman said they were surprised by the number of armed marchers and had to call Dekalb County for reinforcements.

The minimum parade permit costs $250 and helps pay for police to keep the community and the protesters or parade participants safe. Without one, City Manager ChaQuias Miller-Thornton said the money has to come from the city's taxpayers through the general fund.

But the city manager said that, now, there could be a way to get paid back.

“We are having conversations regarding assessing permits after the fact," she said.

It would take a change in ordinance, but Mayor Patricia Wheeler said some council members are already on board.

"They have already voiced their opinions that they feel we should at least reach out to them, whether it would happen that would be something in the near future to find out," Wheeler said.

For the city of Stone Mountain to be able to go back and charge groups for permits they didn't file in advance, it would take an ordinance change that takes two readings and a majority vote by council. The whole process could take a month.

Kaepernick, ESPN team up for documentary series on his life

McDonald's employee in critical condition after being hit by car in dispute over wrong order, police say