Among those who jumped or were tossed to him were a pregnant woman and a newborn baby, witnesses told 11Alive. 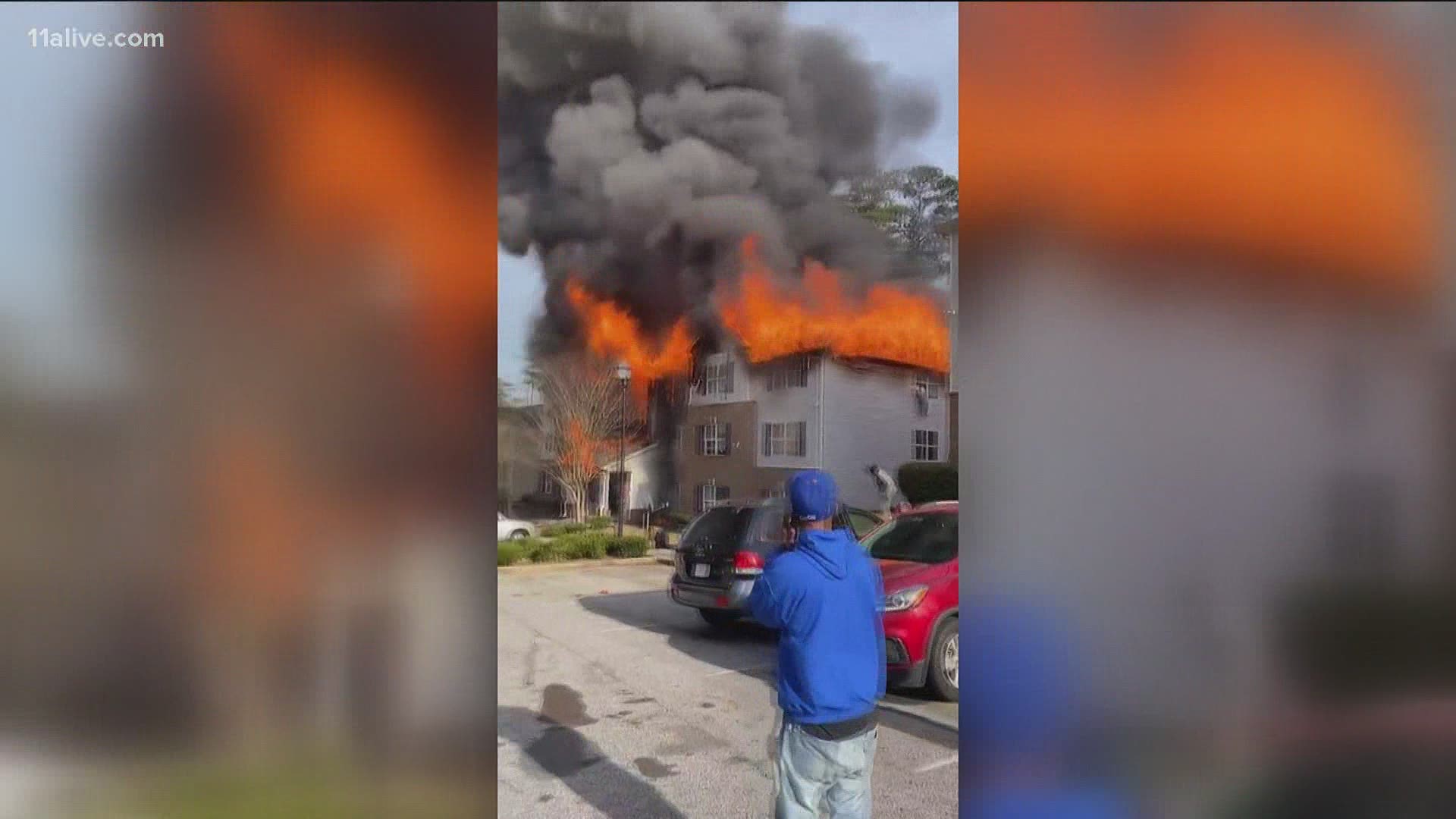 STONECREST, Ga. — As others were desperately trying to get to safety, a local man is being honored for taking action to make sure they could on Friday. And his actions may be why a bad situation didn't become much worse.

Officials said William Cox was among the first on the scene when a fire broke out at Fairington Village Apartments in Stonecrest on Friday afternoon.  He arrived and said he was immediately concerned when he didn't see people evacuating.

"I walked down and I don't see anyone running out of the building," he said. "So, I'm screaming, 'Please, the building is on fire. If you're in there, get out'."

Suddenly, the very people that were heeding his call were presented with a serious problem - flames had already overtaken the breezeways meaning their main exits were blocked.

"And they just started throwing me their children," he said.

Seven in all made their escapes through windows on the second and third floors. Among them were a baby and a pregnant woman.

Cox said he was able to help six of those people.

"My adrenaline was just rushing and I just wanted to get everyone out the building," Cox said.

Others were evacuated by DeKalb Fire Rescue with one being rescued by a ladder on the second floor.

In total, 18 people were reported injured with 17 of them being taken to area hospitals. Injuries ranged from fractures and burns to cuts and bruises.

DeKalb Fire Rescue thanked Cox on Facebook for what they described as heroic efforts to save the victims of the fire.

In the meantime, they continue searching for answers regarding what exactly caused the fire as several residents who weren't hospitalized now look for shelter due to severe damage left by the fire.