Stonecrest Mayor Jason Lary also apologized for language used in pushing the city to hire a manager - a matter he said was urgent due to his diagnosis. 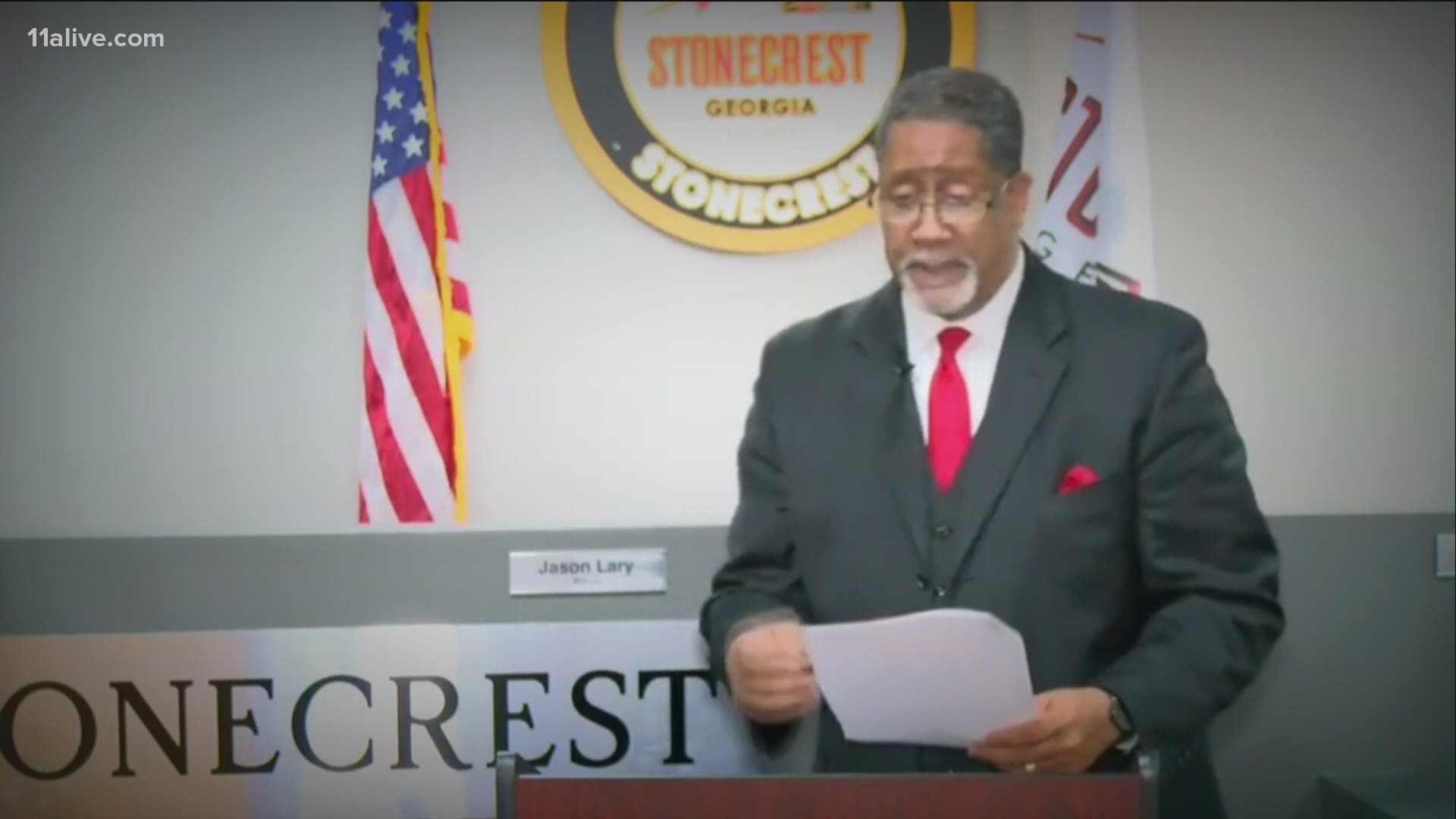 STONECREST, Ga. — A metro Atlanta mayor is pushing for the city to appoint an acting city manager after announcing he would once again be seeking treatment for cancer.

According to a statement released by Stonecrest Communications Director Adrion Bell on Sunday, the city's mayor, Jason Lary, made the announcement during a virtual two-day "retreat" event where the council was meeting to discuss future projects.

According to the statement, Lary had returned from his second battle with cancer in January - two months ahead of when he had initially planned to do so. But he told council members that he may have done so too soon.

The city had released a previous statement on Jan. 26 announcing that Lary would be resuming his duties after 11 weeks of excused medical leave. It was originally set to continue through March. It added that Lary had a "rough recovery" followed by a battle with COVID-19.

During the retreat and because of his upcoming absence, he urged the council to select an acting city manager from four candidates he had submitted.

However, in the statement released Sunday, he is also quoted apologizing for how he went about it.

He added that it would be "unacceptable" for the city to not have someone to maintain operations in the event that the deputy city manager was out.

According to the city's listing, the city manager handles "day-to-day" operations as well as administration, procurement, and budgeting.